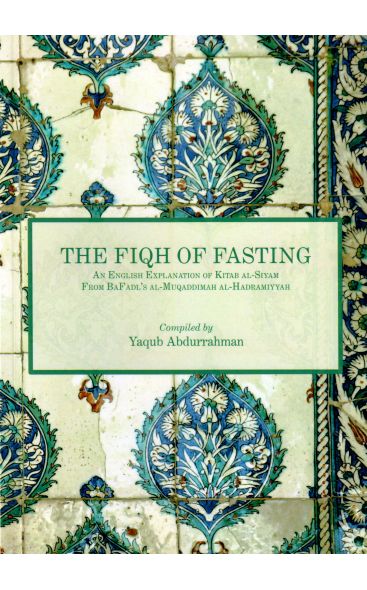 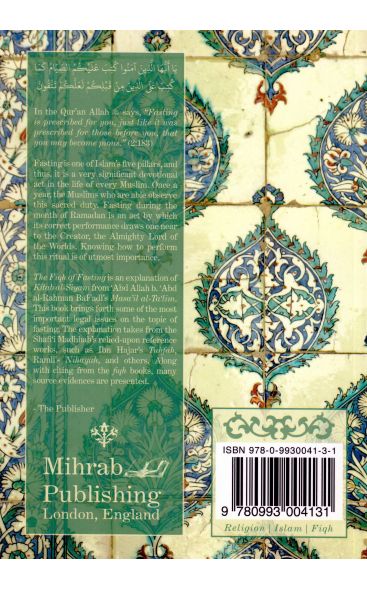 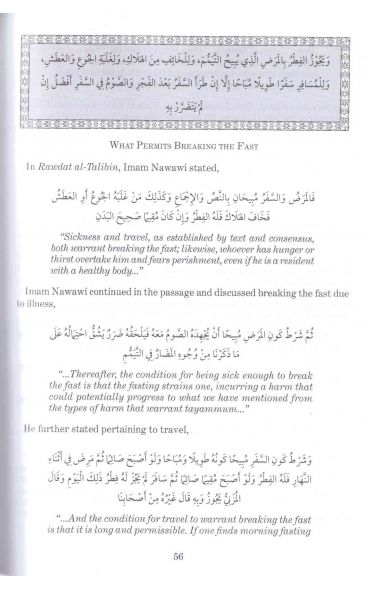 Fasting is one of Islam’s five pillars, and thus, it is a very significant devotional act in the life of every Muslim. Once a year, the Muslims who are able observe this sacred duty.

Fasting is one of Islam’s five pillars, and thus, it is a very significant devotional act in the life of every Muslim. Once a year, the Muslims who are able observe this sacred duty. Fasting during the month of Ramadan is an act by which its correct performance draws one near to the Creator, the Almighty Lord of the Worlds. Knowing how to perform this ritual is of utmost importance.

The Fiqh of Fasting is an explanation of Kitab al-Siyam from ‘Abd Allah b. ‘Abd al-Rahman BaFadl’s Masa’il al-Ta‘lim. This book brings forth some of the most important legal issues on the topic of fasting. The explanation takes from the Shafi‘i Madhhab’s relied-upon reference works, such as Ibn Hajar’s Tuhfah, Ramli’s Nihayah, and others. Along with citing from the fiqh books, many source evidences are presented.

This book features typeset in Linotype’s Century Expanded, and the Arabic is in Lotus. It is printed on premium white FSC accredited paper.

Yaqub Abdurrahman was born and raised in Michigan and embraced Islam by the mercy and grace of Allah at the age of 19. After learning the Arabic alphabet and some basics from the local Muslim brothers, his desire to learn about Islam led him to set out for the Dar al-‘Ulum al-‘Arabiyyah al-Islamiyyah institute in South Africa.

There, he completed the six-year ‘alim course under the guidance of Shaykh Taha Karaan (the Dar al-‘Ulum’s principal) and the other much respected teachers. Upon graduating, he stayed for an additional period to participate in further studies, research, and teaching. Specific focus was given to fiqh and hadith. He taught Moulana ‘Abd al-Hayy al-Laknawi’s al-Rafi’ wa al-Takmil, portions of Jami’ al-Tirmidhi, and Shafi’i fiqh in the Dar al-‘Ulum.

After studies in South Africa, he traveled to Egypt where he remains occupied with research, teaching, and studies. He works as an editor with Mihrab Publishing, active in teaching at the Dar al-Hadith Institute, and busy with the www.shafiifiqh.com project. Also, he has worked with the Washington DC based Fawakih Institute, with whom he has taught in their Arabic programs and also helps develop their online testing.