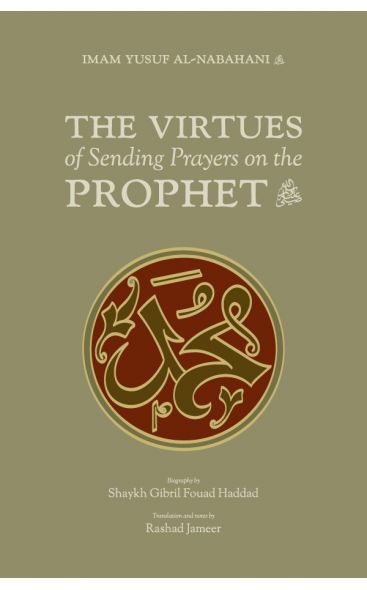 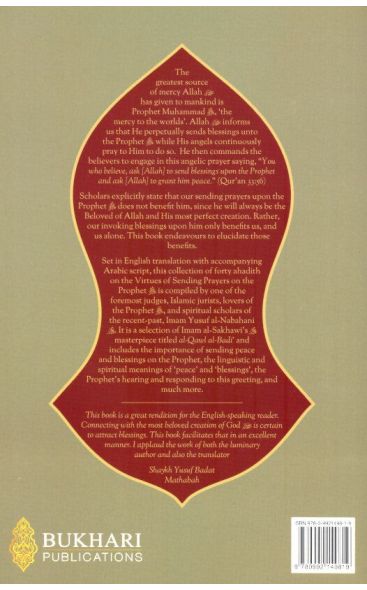 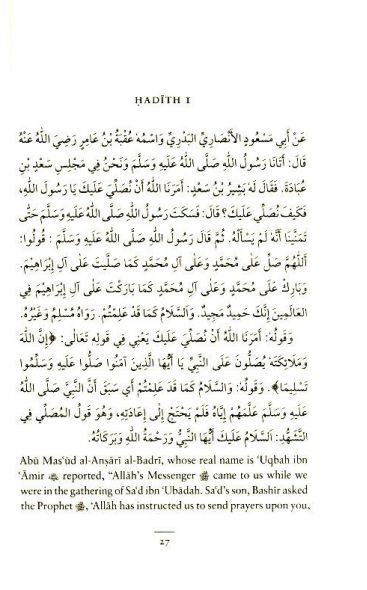 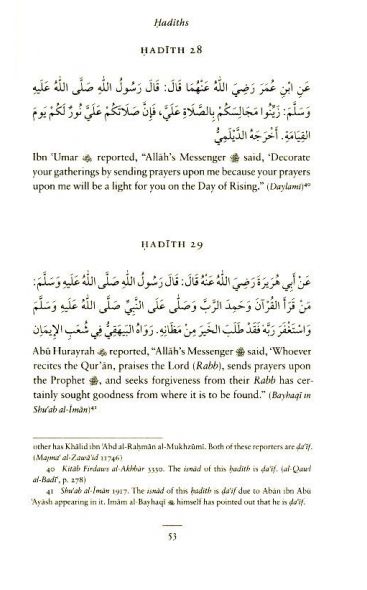 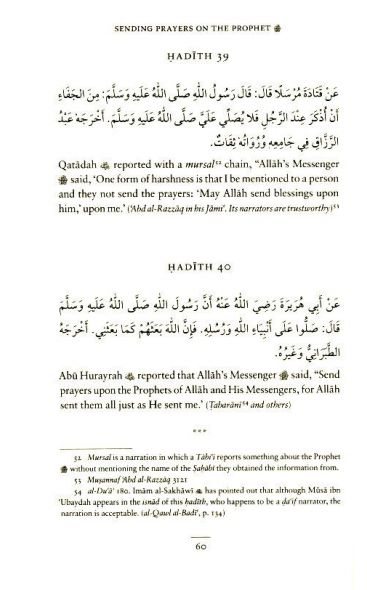 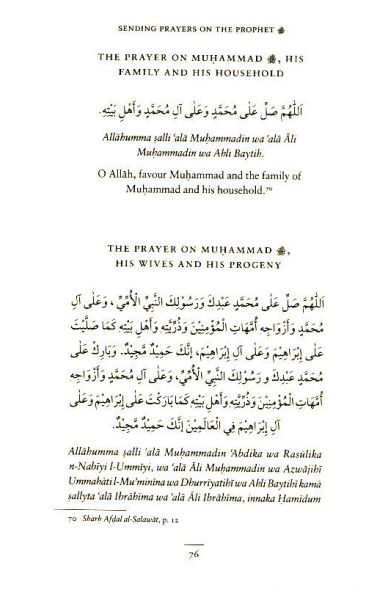 The Virtues of Sending Prayers on the Prophet

The greatest source of mercy Allāh has given to mankind is Prophet Muhammad (peace be upon him), ‘the mercy to the worlds’.

“Indeed, Allāh confers blessing upon the Prophet and His angels invoke Him to do so. O you who believe, invoke divine blessings upon him and salute him with peace.” - (Sūrat al-Aḥzāb 33:56)

Translated in Plain English accompanied with its original Arabic script, this publication is a concentration of Imam al-Sakhāwī’s masterpiece entitled Qawl al-Badīʿ. It includes:

This work will be essential for those attending gatherings of remembrance (dhikr), conferences on the Prophet’s biography (sīrah), and for all Muslims in general to call to mind the Islamic centrality of sending blessings and peace upon the greatest man of all time, Muḥammad (peace be upon him).

Shaykh Dr. Gibril Fouad Haddad is a well-known scholar and religious leader. He is respected for his tireless effort and scholarship in defending and promoting the mainstream way of traditional Sunni Islam; for his erudite, meticulously-researched writings and translations; and his commitment to spread authentic Prophetic teachings, as understood by the great scholars of the Islamic tradition.

In 1960 in Beirut, Lebanon, Shaykh Haddad was born to a Lebanese Catholic Family. He later travelled to the UK and America to continue his education. In 1991, while attending grad school at Columbia University in New York, Allah Most High opened his heart to accept Islam.

It was in this same year that he met his teacher Mawlana Shaykh Nazim al-Haqqani of Cyprus, from whom he took the Naqshbandi tariqah. Shortly thereafter, he met Shaykh Hisham Kabbani, who guided him to begin his path in seeking sacred knowledge.

He is now an accomplished scholar, religious leader, author and Arabic translator and was listed amongst the 500 Most Influential Muslims In The World. He holds ijazas from over 150 scholars across the Muslim world.

Imam Yusuf al-Nab’hani, was born in approximately 1849 CE and hailed from a righteous family in Palestine. He first memorized the Qurʾān and learnt its sciences along with ḥadīth literature at the hands of his father. He then furthered his studies at al-Azhar University with the foremost teachers of his time. His knowledge, love and defence of the Prophet (peace be upon him) knew no bounds. The many books he authored are a testimony to this. Later on in life he taught and presided as a judge in Beirut for many years.

After Qāḍī Yūsuf al-Nab’hānī retired from his post, he devoted his time to writing and worshipping. He travelled to al-Madīnah al-Munawwarah and lived in the noble city for a period. Then he returned to Beirut, Lebanon where he passed on to the mercy of Allāh in the beginning of Ramaḍān 1932 CE.

Rashad Jameer was born and raised in Toronto, Canada.  In his early twenties, by Allah’s mercy and the companionship of the people of īmān and daʿwah, Allah opened his heart to recommit to Islam. From there, he began his study of the Arabic language, the Holy Qur’an and Islamic Sciences with local scholars in Toronto, and pursued further studies in Arabic and Ḥanafī and Mālikī fiqh in Cairo, Egypt and Hadramout, Yemen.