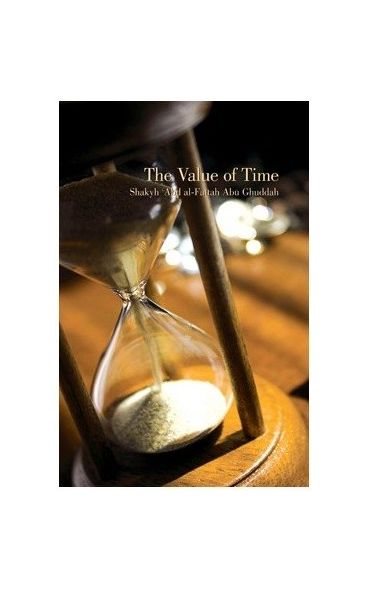 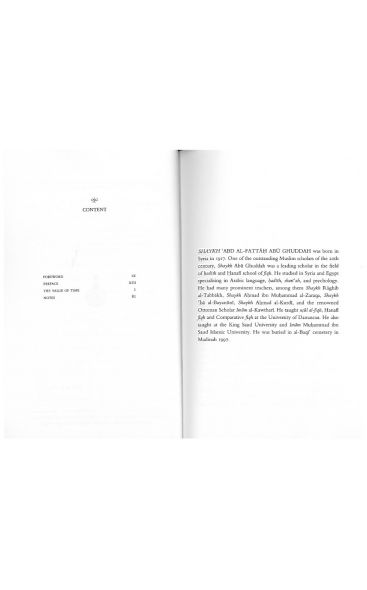 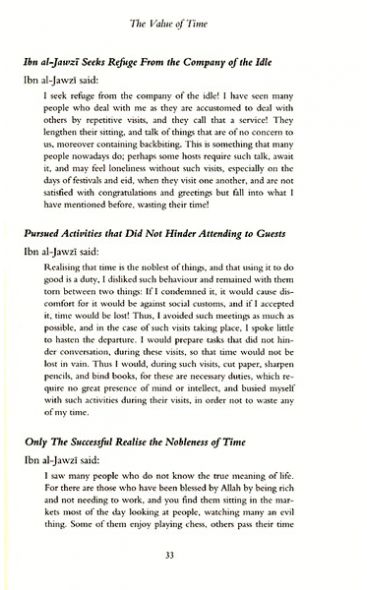 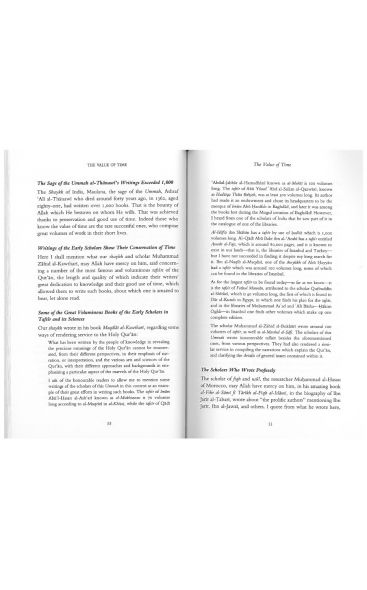 The Value of Time

The Value of Time is a collection of amazing sayings, anecdotes and wonderful stories of the scholars of the Muslim Ummah, which indicate the importance they attached to time.

Joseph In The Holy Quran: A Recitation Of...

Mary The Mother Of Jesus (A Recitation Of...

Sing Along With Friends

The Value of Time is a collection of amazing sayings, anecdotes and wonderful stories of the scholars of the Muslim Ummah, which indicate the importance they attached to time. It is a book that will inspire the youth and the old alike to spend their time wisely, constructively and avoid wasting time. The storeis narrated, unimaginable as they may be, are not fables nor fairy tales, but are all authentic events that have been well documented and narrated by scholars themselves. The author, Shaykh Abd al-Fattah Abu Ghuddah, was one of the prominent scholars of the 20th Century and a veteran leader of the Islamic Movement in Syria.

Shaykh Abd al-Fattah Abu Ghuddah was born in Syria in 1917. One of the outstanding Muslim scholars of the 20th century, Shaykh Abu Ghuddah was a leading scholar in the field of Hadith and the Hanafi school of Fiqh. He studied in Syria and Egypt specializing in Arabic Language, Hadith, Shari’ah and Psychology. He had many prominent teachers, amongst them Shaykh Ragib al-Tabbakh, Shaykh Ahmed ibn Muhammad al-Zaraqa, Shaykh Isa al-Bayanuni, Shaykh Ahmad al-Kurdi and the renowned Ottoman Scholar Imam al-Kawthari. He met Imam Hasan al-Banna in the 1940’s and joined the Muslim Brotherhood. On his return to Syria he became very active in his da’wah work and eventually he became the leader of the Muslim Brotherhood in Syria. He taught Usul al Fiqh, Hanafi Fiqh and Comparative Fiqh at the University of Damascus. He also taught at the King Saud University and Imam Muhammad ibn Saud Islamic University. He was buried in al-Baqi Cemetery in Madinah in 1997.

Abu Yusuf Discussing a Matter of Fiqh on his Death Bed

Abu Yusuf became ill, so I went to visit him, and found him unconscious. When he regained consciousness he said to me: "O Ibrahim, what is your opinion on this matter?" I said to him: "While you are in this state?" He said: "That is fine, let us discuss it, perhaps one may be saved by it."

Then he said: "O Ibrahim which is better in the casting of stones [during pilgrimage], to do so while walking or while mounted?" I said: "Mounted." He said: "Wrong." I said:" "Walking." He said "Wrong." I said: "Say your opinion, may Allah be pleased with you." He said: "As for the case where one stops where one should make supplication, then it is better to do so while walking, but if it is elsewhere then it is better while mounted." Then I left him, and as soon as I reached the door of his house, I heard crying, and he died, may Allah have mercy on him.21

Imam al-Nawawi Did Not Lie down for Two Years

He is the unique Imam and Scholar of hadith, the master, Shaykh al-Islam, master of the pious ones, Muhyiddin Abu Zakariyya Yahya ibn Sharafiddin ibn Murri al-Hizami al-Hawrani al Shafi'i, the author of many beneficail books. He was born in 631 AH in Nawa, Hawran, came to Damascus in 649 AH, and lived at the Madrasah al-Rawahiyyah eating its bread. He said: "And I remained for two years without my side touching the ground." He memorized al-Tanbih in four and a half months, and read a quarter of al-Mahadhdhab in the remianing months of the year, under his shaykh, Ishaq ibn Ahmad.