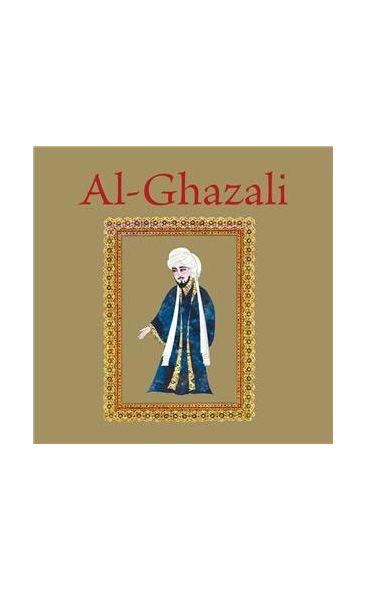 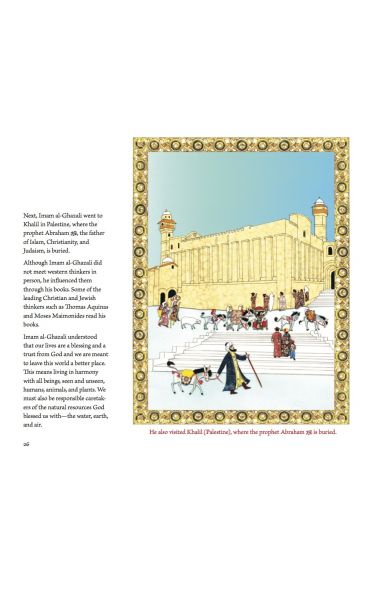 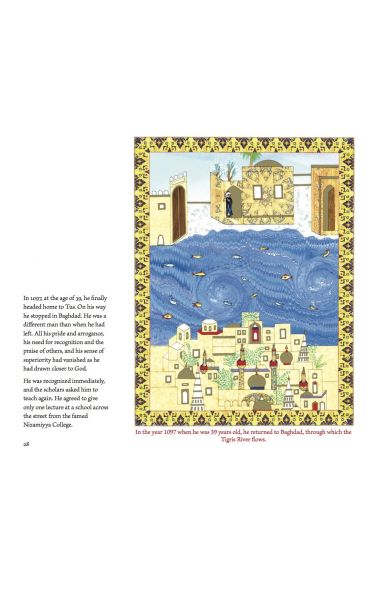 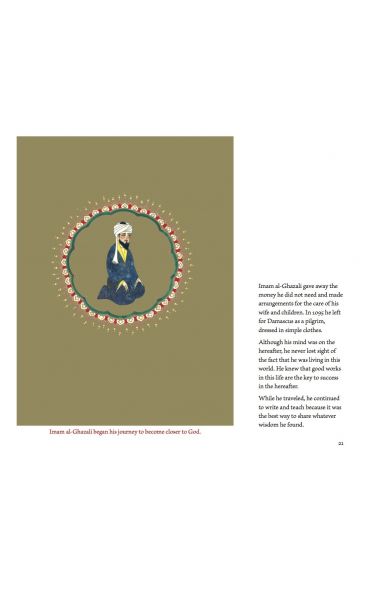 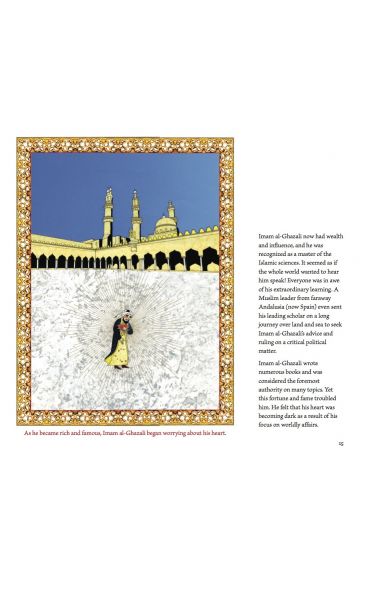 This book is based on his semi-autobiographical account and the accounts of his students and his many biographers. Chief among these is Taj al-Din al-Subki, Tabaqat al-Shafi iyya al-kubra.

The importance of al-Ghazali in the intellectual and spiritual history of both the Western and Islamic world cannot be too highly estimated. He is considered to be the savior of Islam because in his 40-volume opus magnum, The Revival of the Religion Sciences, he clarifies the spiritual meanings and inner purposes of every aspect of the Islamic faith.

This book, an illustrated biography for both parents and children—with adjacent text for both—presents this inspiring life with exquisite miniatures in the Persian style. The biography covers his humble birth and education, rise to fame, spiritual crisis, and subsequent journeying to find the Truth in Syria, Palestine, and Mecca before returning home, having purified his heart.

The text is distilled from his own autobiography, Deliverance from Error, written in the 11th century CE and from other scholarly biographies book is based on his semi-autobiographical account and the accounts of his students and his many biographers. Chief among these is Taj al-Din al-Subki, Tabaqat al-Shafi  al-.

Demi is the author and illustrator of more than 300 children’s books, including picture-book biographies of spiritual leaders such as Jesus, Buddha, the Dalai Lama, Gandhi, Lao Tzu, Krishna, Mahavira, and Muhammad.