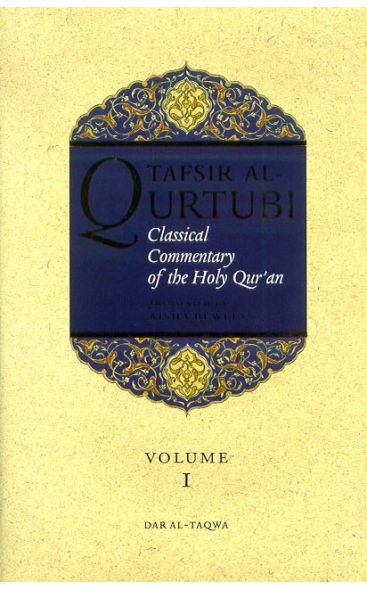 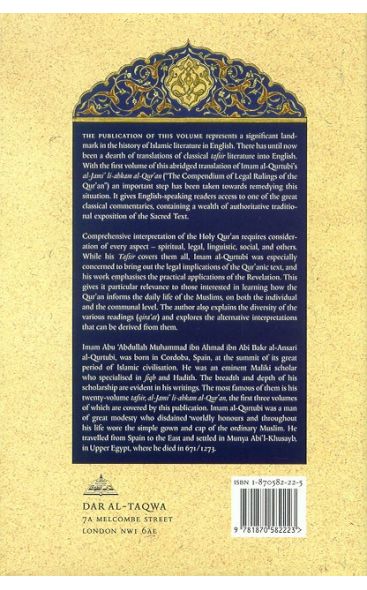 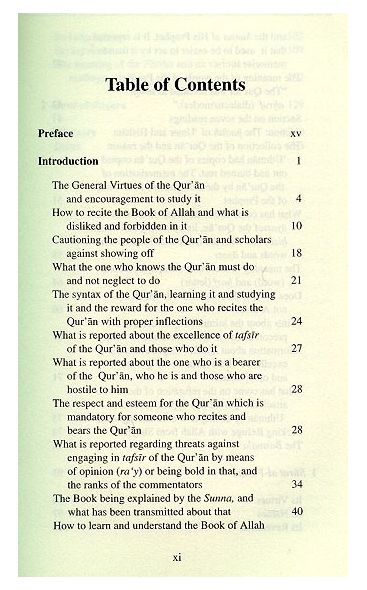 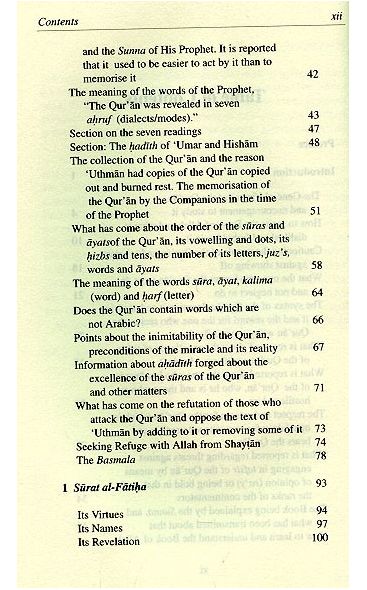 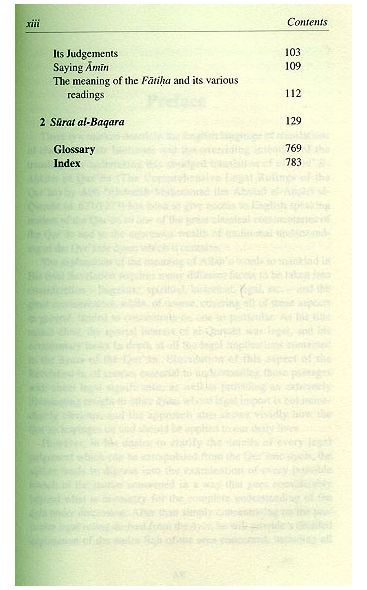 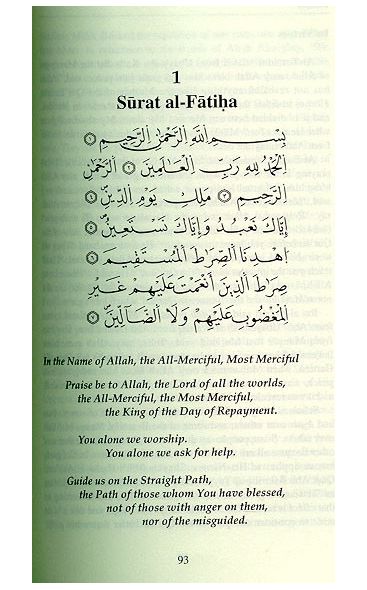 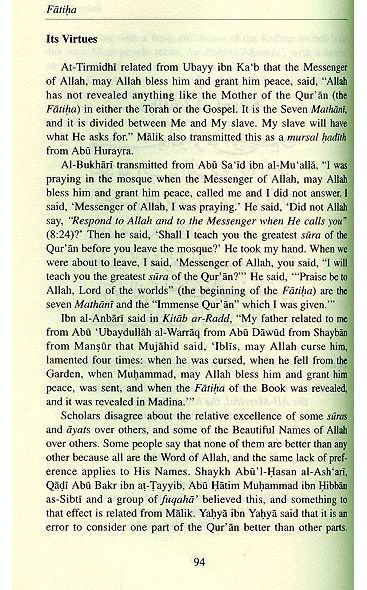 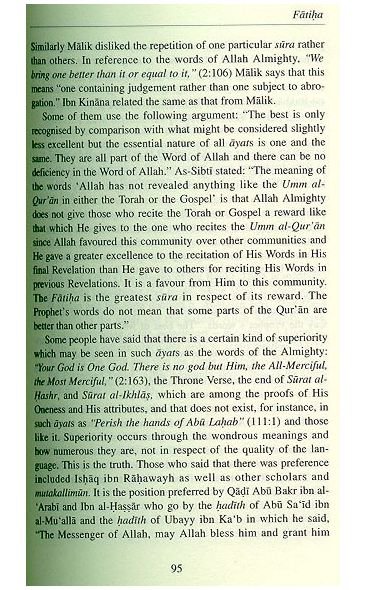 Comprehensive interpretation of the Holy Qur'an requires consideration of every aspect -- spiritual, legal, linguistic, social, and others.

The publication of this volume represents a significant landmark in the history of Islamic literature in English. There has until now been a dearth of translations of classical tafsir literature into English. With the first volume of this abridged translation of Imam al-Qurtubi's al-Jami' li-ahkam al-Qur'an ("The Compendium of Legal Rulings of the Qur'an"), an important step has been taken towards remedying this situation. It gives English-speaking readers access to one of the great classical commentaries, containing a wealth of authoritative traditional exposition of the Sacred Text.

Comprehensive interpretation of the Holy Qur'an requires consideration of every aspect -- spiritual, legal, linguistic, social, and others. While his Tafsir covers them all, Imam al-Qurtubi was especially concerned to bring out the legal implications of the Qur'anic text, and his work emphasizes the practical applications of the Revelation. This gives it particular relevance to those interested in learning how the Qur'an informs the daily life of the Muslims, on both the individual and communal level. The author also explains the diversity of the various readings (qira'at) and explores the alternative interpretations that can be derived from them.

Shaykh Abdalhaqq Bewley accepted Islam in 1968 and spent some years in Morocco studying the Deen. Since that time he has worked with Shaykh Dr Abdalqadir al-Sufi on the establishment of Islam and Muslim communities, which has led to periods living and teaching in Nigeria, the US, Czechoslovakia, Germany, Spain, the Caribbean and the UK.

He is the author of Islam, its basic practices and beliefs, Zakat: raising a fallen pillar and a number of other works. In collaboration with his wife, the renowned translator Aisha Bewley, he has been responsible for The Noble Qur'an: a new rendering of its meanings in English, Al-Muwatta of Imam Malik and Muhammad, the Messenger of Allah (ash-Shifa) of Qadi Iyad.

Shaykh Abdalhaqq currently resides in Norwich where he is the Rector of the Muslim Faculty of Advanced Studies.