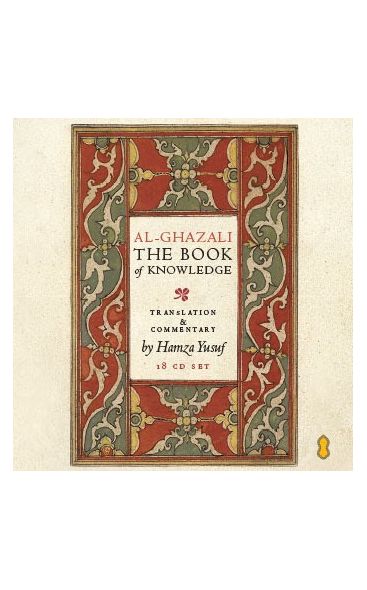 Imam al Ghazali explains to the seeker the different types of knowledge, the priority of learning the sacred sciences, and the roles and responsibilities of the teacher and student. ​

During his lifetime, Imam al-Ghazali identified the principle cause of the crisis facing the Muslim world as the crisis of knowledge. In his magnum opus, the Revivification of the Religious Sciences, Imam al Ghazali opens with the Book of Knowledge (Kitāb al-'Ilm). He explains to the seeker the different types of knowledge, the priority of learning the sacred sciences, and the roles and responsibilities of the teacher and student.

This class, taught at the 2014 Summer Rihla Program in Konya by Hamza Yusuf, provides an enlightening translation and commentary of Imam al-Ghazali’s brilliant opening chapter. We pray it serves as a means to revive the centrality of sacred knowledge in our lives.