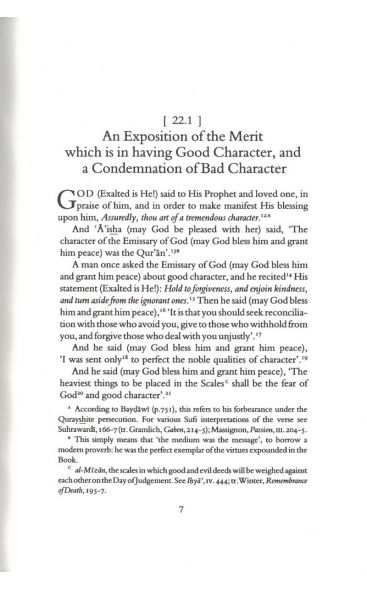 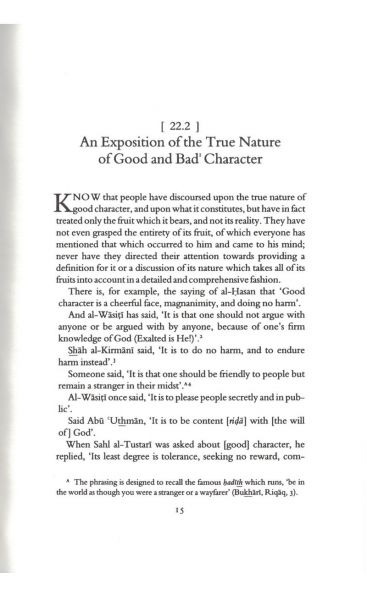 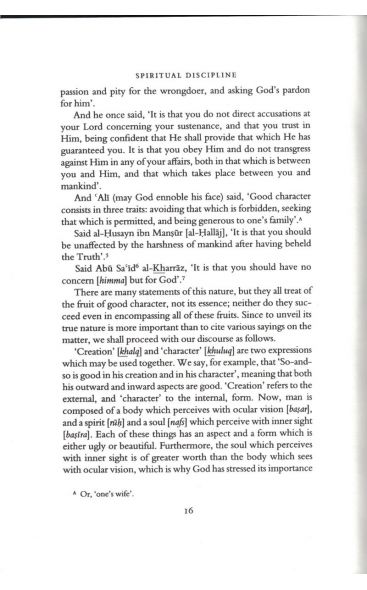 The spiritual life in Islam begins with riyadat al-nafs, the inner warfare against the ego.

The spiritual life in Islam begins with riyadat al-nafs, the inner warfare against the ego. Distracted and polluted by worldliness, the lower self has a tendency to drag the human creature down into arrogance and vice. Only by a powerful effort of will can the sincere worshiper attain that purity of soul which enables him to attain to God's proximity. This translation of two sections from "The Revival of the Religious Sciences" (Ihya' 'Ulum al-Din) details the sophisticated spiritual techniques adopted by classical Islam.

In the first text, "On Disciplining the Soul", which sites copious anecdotes from the Islamic scriptures and biographies of the saints, Ghazali. The translator has added an introduction and notes which explore Ghazali's ability to make use of Greek as well as Islamic ethics. The work will prove of especial interest to those interested in Sufi mysticism, comparative ethics, and the question of sexuality in Islam.

His work includes publications on Islamic theology and Muslim-Christian relations.In 2003 he was awarded the Pilkington Teaching Prize by Cambridge University and in 2007 he was awarded the King Abdullah I Prize for Islamic Thought for his short booklet Bombing Without Moonlight. He has consistently been included in the "500 Most Influential Muslims" list published annually by the Royal Islamic Strategic Studies Centre and was ranked in 2012 as the 50th most influential.