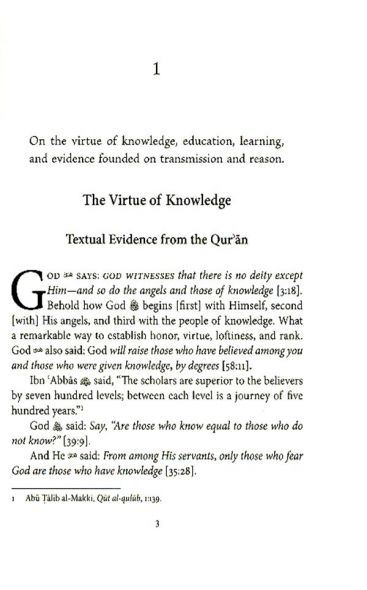 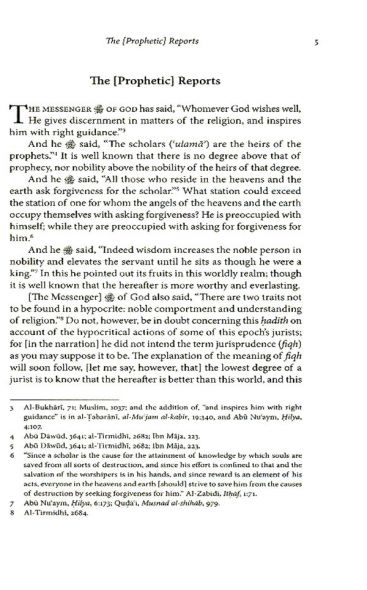 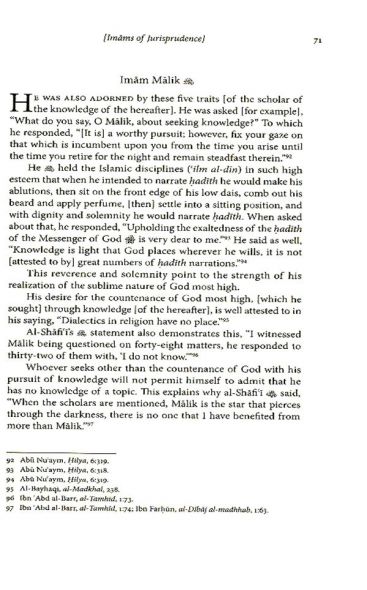 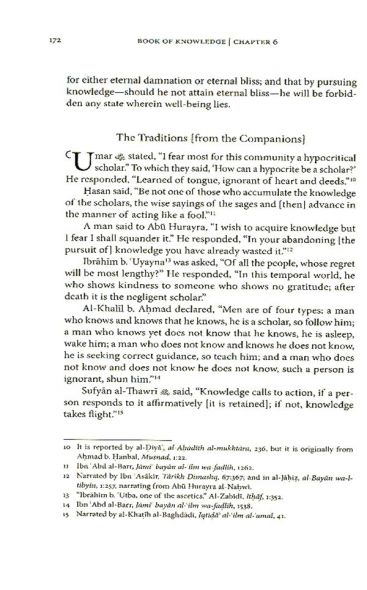 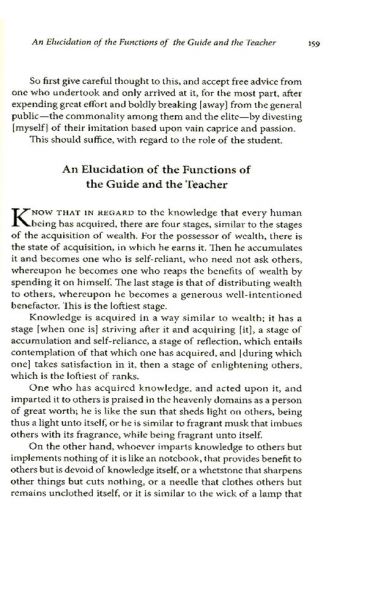 The Book of Knowledge (Kitab al-'ilm) is the foundation of the forty books of the Revival of the Religious Sciences (Ihya' 'ulum al-din), Imam al-Ghazali’s magnum opus.

The Book of Knowledge (Kitab al-'ilm) is the foundation of the forty books of the Revival of the Religious Sciences (Ihya' 'ulum al-din), Imam al-Ghazali’s magnum opus. In the Book of Knowledge, he defines knowledge, its relation to faith, theology, and jurisprudence. The book deals with the virtue of knowledge from both rational and traditional points of view. It elucidates the types of knowledge and the nature of people’s obligation to seek knowledge.

Imam al-Ghazali defines jurisprudence and theology as branches of Islamic knowledge, then outlines those fields that people incorrectly consider to be Islamic disciplines, and distinguishes the praiseworthy from the blameworthy. He describes in detail the perils of disputation and the reasons people engage in debate and dialectics. He also considers the conduct incumbent on the teacher and student, and warns of the perils that can befall those pursuing knowledge. Finally, Imam al-Ghazali discusses the virtues and categories of the intellect and the prophetic traditions related to it.

Each chapter includes a discussion of the Qur'anic verses, Hadith, and traditions from the Companions and the pious predecessors related to the subject at hand. Imam al-Ghazali then engages his readers in a heartfelt discourse; he offers proofs, metaphors, and examples to encourage seekers along the path to knowledge of the hereafter.