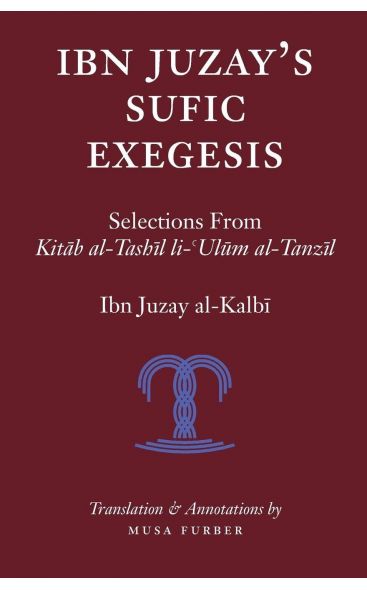 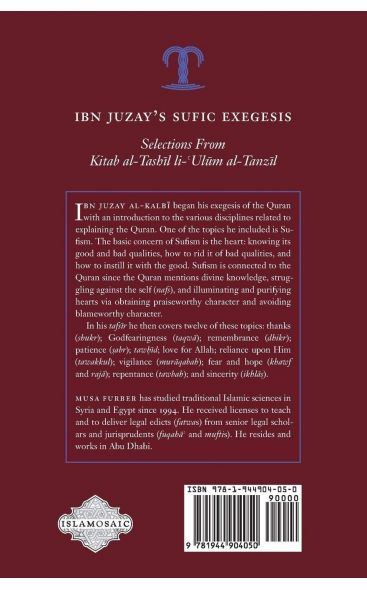 Ibn Juzay al-Kalbī began his exegesis of the Quran with a short introduction to the various disciplines related to explaining the Quran.

Ibn Juzay al-Kalbī began his exegesis of the Quran with a short introduction to the various disciplines related to explaining the Quran.

One of the topics he included is Sufism. The basic concern of Sufism is the heart: knowing its good and bad qualities, how to rid it of bad qualities, and how to instill it with the good. Ibn al-Juzay explained its inclusion, saying that Sufism is “connected to the Quran since the Quran mentions divine knowledge, struggling against the self [nafs], and illuminating and purifying hearts via obtaining praiseworthy character and avoiding blameworthy character.”

He then enumerated twelve topics related to Sufism which he would explain in his tafsir.

Mufti Musa Furber was born in Massachusetts and raised in Portland, Oregon. He majored in linguistics at Portland State University, with an emphasis on computational linguistics and cognitive science, a major that required him to study a non-Indo-European language. As good fortune would have it, Arabic was the only class that fit in his schedule at the time, thus starting him off on what eventually would become a serious and personal study of the Qur’an and Islam.

Mufti Musa embraced Islam and shortly thereafter embarked on a path of study. While still a student in Portland, he studied Shafi’i Islamic ethics and law (fiqh) with a Muslim religious scholar who was in Portland at the time. After graduating from college, Musa went to Damascus to further his Arabic studies. After a one-year return to the U.S., he returned to Damascus where he completed an intensive four-year study of the traditional Islamic disciplines–including Qur’anic studies, Prophetic traditions (hadith), ethics and law (fiqh), advanced Arabic grammar and the Prophetic biography (sira).

After graduation, he continued his studies with scholars in and around Damascus, who reviewed with him several important texts and qualified him to translate and teach them.

He then left the small village outside of Damascus where he lived with his wife and three children during this period, relocating to Cairo, Egypt, where he entered and completed a prestigious training program in the issuance of legal responsa (fatawa) at Dar al-Ifta’ al-Misriyya, under the direct supervision of Shaykh Dr. Ali Jumu`a, the Mufti of Egypt.

After successfully completing the program and acting as an official researcher and English translator for Dar al-Ifta’, he was recruited by Shaykh Habib Ali al-Jifri to serve as a lead researcher at the Taba Insitute in UAE, where he currently resides.