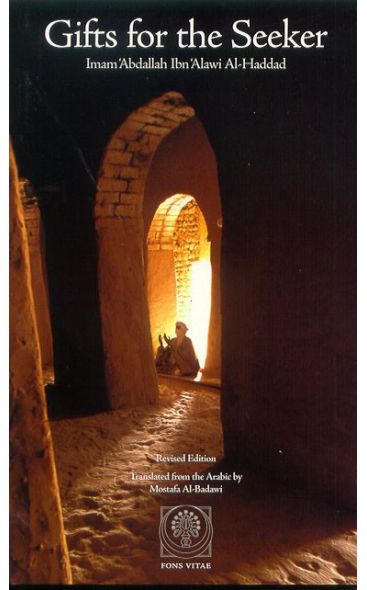 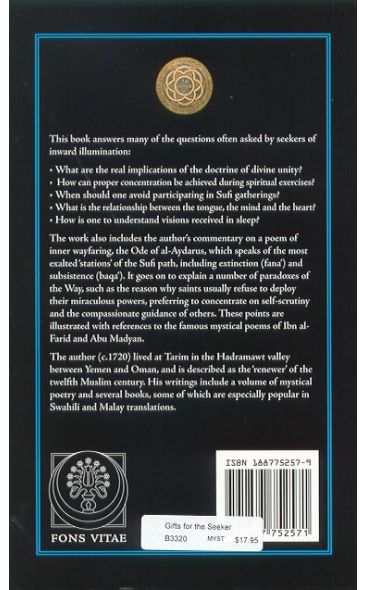 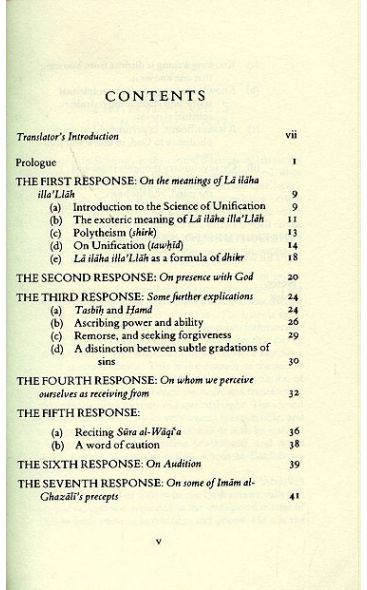 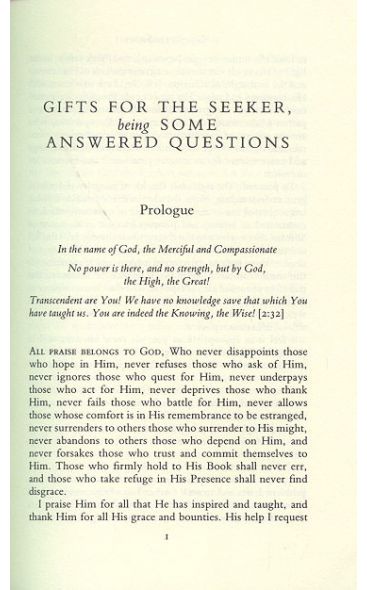 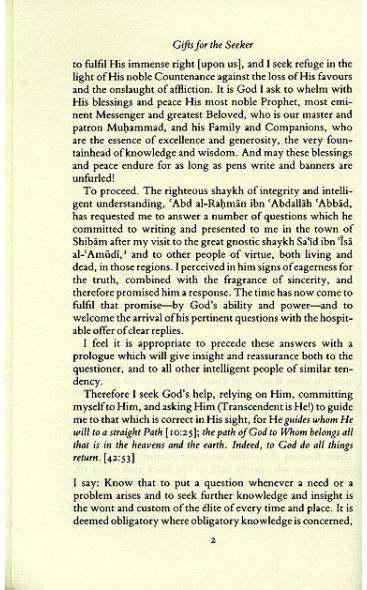 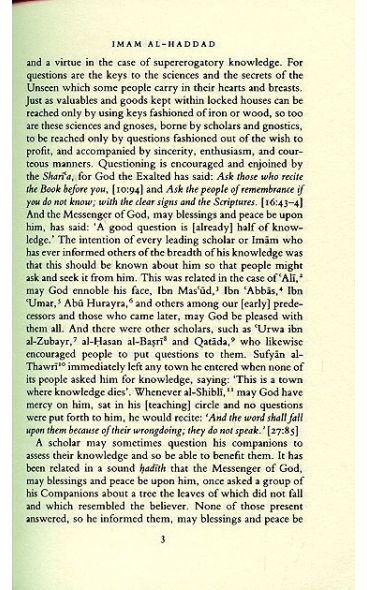 Gifts for the Seeker

This book answers many of the questions often asked by seekers of inward illumination.

Spiritual Insights: The Threaded Pearls & Other...

Glimpses: The Life of the Blessed Prophet

A Trip to the Land of Scholars and Saints: In...

This book answers many of the questions often asked by seekers of inward illumination.

The work also includes the author’s commentary on a poem on inner wayfaring which speaks of the most exalted stations of the path and goes on to explain a number of paradoxes of the Way, such as the reason as why the saints usually refuse to deploy their miraculous powers, preferring to concentrate on self-scrutiny and the compassionate guidance of others. These points are illustrated with references to the famous mystical poems of Ibn al-Farid and Abu Madyan.

The author (died 1720) lived at Tarim, in the Hadramaut valley between Yemen and Oman, and is described as the ‘renewer’ of the twelfth Muslim century. His writings include a volume of mystical poetry and several books, some of which are especially popular in Swahili and Malay translations.

In spite of being a major source of reference among the Sunni Muslims (especially among Sufis), only recently have his books began to receive attention and publication in the English-speaking world. Their appeal lies in the concise way in which the essential pillars of Islamic belief, practice, and spirituality have been streamlined and explained efficiently enough to the modern reader. Examples of such works are The Book of Assistance, The Lives of Man, and Knowledge and Wisdom.

He is a Fellow of St. Anthony’s College, Oxford, and former Professor of Modern Arabic Literature and Director of Middle Eastern Studies Center at Oxford. He served for many years as editor-in-chief or member of editorial boards of international journals of Middle Eastern studies. He was also a member of the editorial board of the Cambridge History of Arabic Literature (which was translated into Arabic in 2002).

Professor Badawi published some 30 books, editions and translations, and numerous scholarly articles and reviews in Arabic and English. His translations of literary classics into Arabic have been invaluable to Arab scholars, especially the translation of I. A. Richard’s Principles of Literary Criticism, a landmark of literary criticism. Professor Badawi overcame the difficulties of this translation and presented the text in simple, easy-to-understand Arabic. Among his many other contributions are his books An Anthology of Modern Arabic Verse, A Short History of Modern Arabic Literature, A Critical Introduction to Modern Arabic Poetry; Modern Arabic Drama in Egypt; Modern Arabic Literature and the West; Background to Shakespeare; Coleridge: Critic of Shakespeare; Selected Works of Phillip Larken and Shakespeare’s Macbeth and a translation into Arabic of Prophetic Invocations by Imam Al-Haddad. Badawi also translated modern Arabic classics into English, including Sara, by Abbas Mahmud Aqqad, The Thief and the Dogs by Naguib Mahfouz (translated jointly with Trevor Le Gassick), The Sultan’s Dilemma and The Song of Death by Tewfik Al-Hakim and The Saint’s Lamp and Other Stories by Yahia Haqqi. His books in Arabic, on the other hand, include Dirasat Fi Al- Shir Wa Al-Masrah and Atlal Wa Rasail Min London.