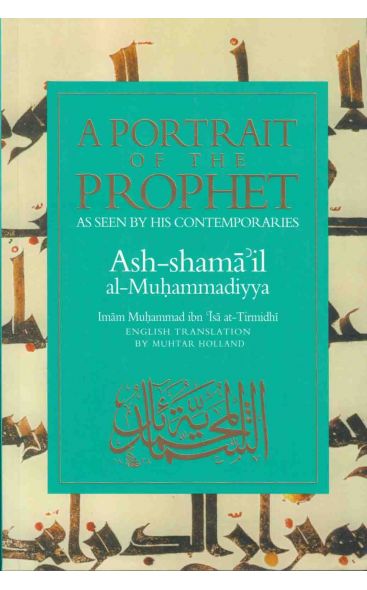 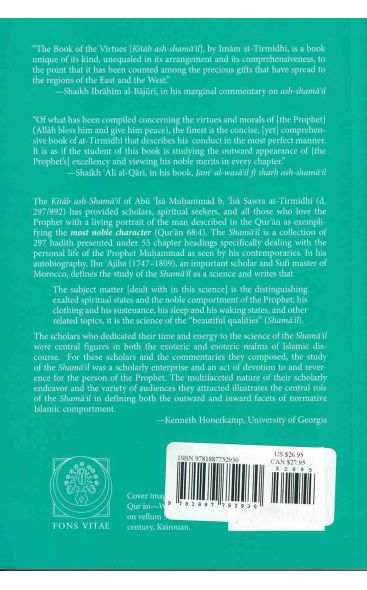 A Portrait of the Prophet: As Seen by His Contemporaries (Ash-Shama’il al-Muhammadiyya)

This book belongs to the traditional genre of Islamic 'sacred history' sources known as seerah (biography).

This book belongs to the traditional genre of Islamic 'sacred history' sources known as seerah (biography). It contains a famous and a most indispensable collection of authentic traditions (ahadith), listing the main texts from which to glean the beautiful attributes, both moral and physical, of the Holy Prophet – Peace and Blessings be upon Him; attributes to which Muslims in all ages referred over and over, for the purposes of both meditation and edification.

At no time is this sacred collection of traditions more needed, as an object of knowledge and as food for thought, than in ours, when the excesses of worldly concerns and the superfluity of material distractions seem to make people forget that the greatest fruit of life, and thus of religious faith, is the beauty of the soul.

The hadith of the Prophet provide the role model for all Muslims and give an example of how Qur'anic doctrine was actually to be lived in daily life. Therefore this huge corpus of 10 volumes is central.

Here the reader is able to go back 14 centuries and be in the very presence of the Prophet, Peace and Blessings be upon Him, through the authentic recorded sayings transmitted by the recognized transmitter al Tirmidhi who died in 912, some 350 years after the death of the Prophet Muhammad. This particular collection is of the recorded sayings of the Prophet's contemporaries, regarding his very person and presence, down to the color of his eyes and skin.

In Islam, two sources are used to explain the religion and its laws: the Qur'an, a revered text, and the hadith, the sayings, and activities of the Prophet Muhammad as reported by friends and followers during his lifetime. This skilled translation, which includes the Arabic of one of the key Islamic texts, long-awaited in English, presents a fascinating selection of hadith compiled by the ninth-century scholar at-Tirmidhi that humanizes the Prophet for modern audiences, presenting him through the eyes of contemporaries who comment not only on his spiritual demeanor and qualities but also on his physical appearance and mannerisms, including his hairdressing, his sitting posture, his sandals and turban, his armor, his favorite condiments, and his jests and laughter.

Muhammad ibn Isa at-Tirmidhi (824 – 8 October 892), often referred to as Imam at-Termezi Tirmidhi was a Persian Islamic scholar and collector of Hadith who wrote al-Jami` as-Sahih (known as Jami` at-Tirmidhi), one of the six canonical Hadith compilations in Sunni Islam.

He also wrote Shama'il Muhammadiyaha (popularly known as Shama'il at-Tirmidhi), a compilation of Hadiths concerning the person and character of the Islamic prophet, Muhammad. Imam At-Tirmidhi was also well versed in Arabic grammar, favoring the school of Kufa over Basra due to the former's preservation of Arabic poetry as a primary source.

Muhtar Holland was born in 1935, in the ancient city of Durham in the North East of England. This statement may be considered anachronistic, however, since he did not bear the name Muhtar until 1969 when he was moved by powerful experiences in the latihan kejiwaan of Subud-to embrace the religion of Islam.