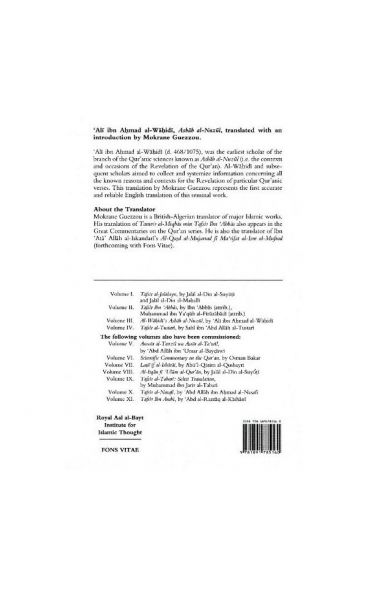 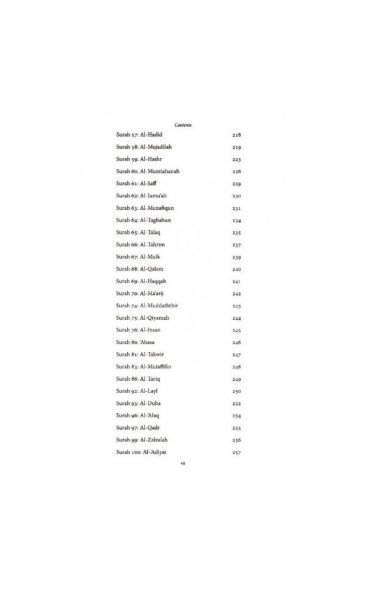 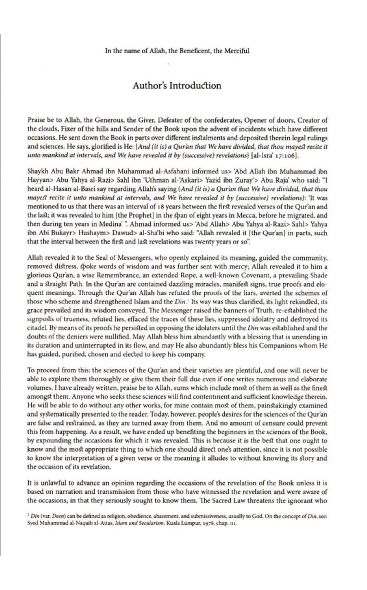 Up until now, the fundamental texts of the Islamic faith, apart from the notable exception of the Hadith of the Prophet, have remained out of reach of many Muslims and non-Muslims alike.

Up until now, the fundamental texts of the Islamic faith, apart from the notable exception of the Hadith of the Prophet, have remained out of reach of many Muslims and non-Muslims alike. Among the most important sources for understanding the Qur'an are the tafsir works, commentaries on the Qur'an, which help to properly explain and contextualize the Revelation. Al-Wahidi's Asbab Al-Nuzul, presented here in complete English translation for the first time ever, is the third work in The Great Commentaries on the Holy Qur'an series. The series aims to make widely available leading exegetical works in translation for study and research in unabridged form, which are faithful to the letter and meaning of the Arabic.

The Qur'an is the highest code for Muslims in everything relating to their spiritual, religious, ethical, social, and legal matters. One of the sciences of the Qur'an is the "Asbab al-Nuzul"- the occasions, reasons, or causes of revelation. Muslim scholars agree that the revelations of the Qur'an can be divided into two broad types. One type includes passages from the Qur'an which were revealed in response to specific events, incidents, or questions put forward to the Prophet. The second type includes passages that were not a direct response to any historical or social development in the life of the Muslim community. A thorough understanding and full appreciation of the scope of the first type of passages, therefore, depend on knowing the circumstances, facts, and details of the events which occasioned them. Such knowledge is an invaluable tool for grasping the meaning of this type of Qur'anic verse.

Written by Imam al-Wahidi (d. 468/1075), Al-Wahidi’s Asbab al-Nuzul is the earliest, best-known representative and extant work of this genre. In the introduction to his Asbab al-Nuzul, Al-Wahidi, who was hailed as the greatest Qur'anic commentator of his time, wrote, "We have ended up benefiting the beginners in the sciences of the Book by expounding the occasions for which it was revealed. It is not possible to know the interpretation of a given verse or the meaning it alludes to without knowing its story and the occasion of its revelation." This title is not only the work that has insured Al-Wahidi a prominent place in the field of Qur'anic study, but it is also the standard upon which all subsequent works on the occasions of the revelation were modeled.

Abu al-Hassan Ali ibn Ahmad al-Wahidi an-Naisaburi born in  468AH /1075 in Naisabur, he  was a renowned classical scholar in this field

'The knowledge about Tafsir of the ayah is not possible without occupying oneself with their stories and explanation of (the reasons) for their revelation'.

Dr. Mokrane Guezzou is a British-Algerian translator of major Islamic works. His translation of Al-Wahidi’s Asbab Al-Nuzul also appears in the Great Commentaries on the Holy Qur’an series. He is also presently at work on a translation and study of Ibn ‘Ata Allah al-Iskandari’s Al-Qasd al-Mujarrad fi Ma’rifat al-Ism al-Mufrad (Fons Vitae).

Dr. Yousef Waleed Meri is a leading specialist in Islam of the pre-modern period, Islamic cultural and social history, and interfaith relations. He received a B.A. (Magna cum laude) from the University of California, Berkeley in 1992, an M.A. from the State University of New York Binghamton in 1995, and a D.Phil. from Wolfson College, Oxford University in 1999. Currently, he is a Fellow and Special Scholar in Residence at the Royal Aal al-Bayt Institute for Islamic Thought (Amman, Jordan), which is under the patronage of Abdallah II, King of Jordan. He has published numerous articles and books dealing with various aspects of Islamic history, civilization and ritual practice.