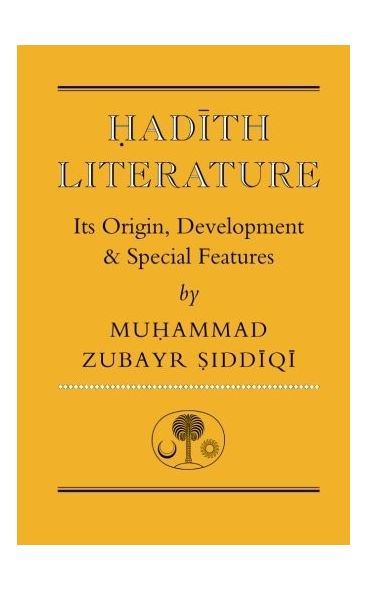 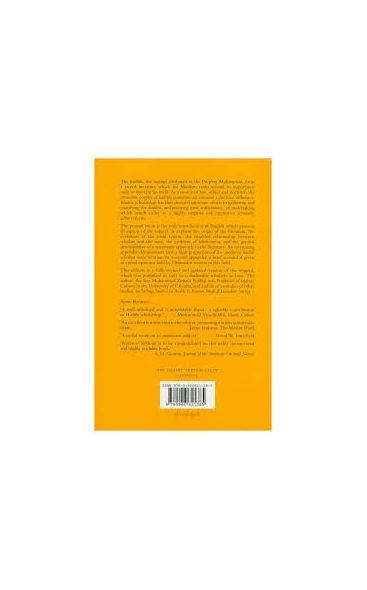 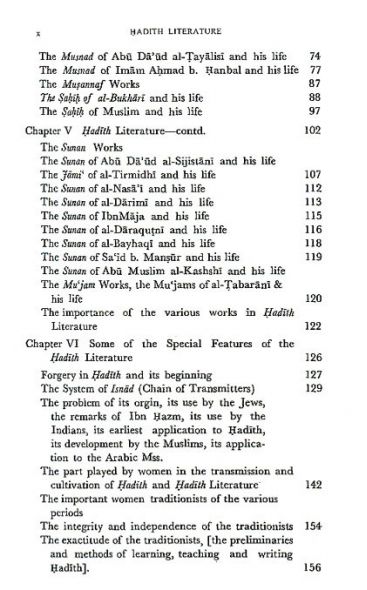 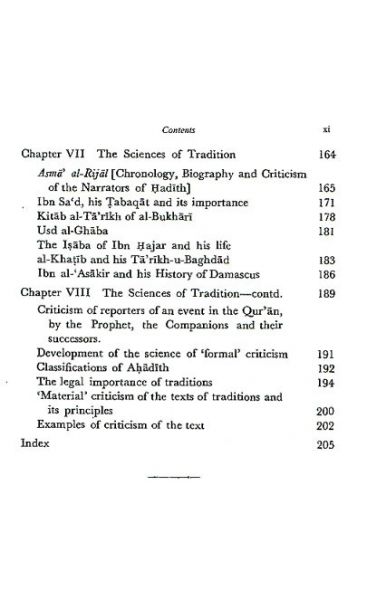 The hadith, the sayings attributed to the Prophet Muhammad, form a sacred literature which for the Muslims ranks second in importance only to the Qur’an itself. As a source of law, ethics and doctrine, the vast corpus of hadith continue to exercise decisive influence.

Ibn Qayyim al-Jawziyya on Divine Wisdom and the...

AL-GHAZALI ON THE CONDEMNATION OF PRIDE AND...

The Natural Form of Man – the Basic Practices...

The Garden of the Gnostics (Bustan al-'Arifin)

The hadith, the sayings attributed to the Prophet Muhammad, form a sacred literature which for the Muslims ranks second in importance only to the Qur’an itself. As a source of law, ethics and doctrine, the vast corpus of hadith continue to exercise decisive influence. Islamic scholarship has hence devoted immense efforts to gathering and classifying the hadith and ensuring their authenticity. This book is the only introduction in English which presents all the aspects of the subject. It explains the origin of the literature, the evolution of the isnad system, the troubled relationship between scholars and the state, the problem of falsification, and the gradual development of a systematic approach to the material. This edition is a fully revised and updated version of the original, which was first published in 1961 to considerable scholarly acclaim. Muhammad Zubayr Siddiqi was Professor of Islamic Culture at the University of Calcutta.

‘An excellent introduction to the subject, presenting it with considerable detail.’James Robson (The Muslim World)

‘Professor Siddiqi is to be congratulated on this richly documented and highly readable book.’ S. D. Goitein (Journal of the American Oriental Society)

The history of the origin, development, and criticism of hadith literature is a subject as important as it is fascinating. It is important because it serves as an astonishingly voluminous source of data for the history of pre-Islamic Arabia and of early Islam, and for the development of Arabic literature, as well as of Islamic thought in general and Islamic law in particular. It also played a decisive role in establishing a common cultural framework for the whole Islamic world, and continues to wield substantial influence on the minds of the Muslim community; an influence which, it seems clear, will continue for the foreseeable future. It is fascinating because it sheds so much light on the psychology of the hadith scholars—the Traditionalists—the devoutly scrupulous as well as the confirmed forgers, and on many of the key political and cultural movements which germinated and developed in the various regions of the Muslim world throughout its complex history. It portrays a brilliant medieval academic world which gave birth to many European scholarly institutions, including the doctorate and the baccalaureate. It also contains many of the basic ideas now current about democracy, justice among mankind and nations, the condemnation of aggression, and the idea of global peace. All this, moreover, is linked resolutely to the sacred, to a consciousness of man’s exalted meaning and destiny, which seems to mark the Muslims out today more than ever before.

The Muslims (since the Blessed Prophet’s lifetime), and European orientalist scholars (for about the last two hundred years) have hence paid close attention to hadith and to its ancillary sciences. During the time of the Prophet, the Companions were zealous to learn and recall his words and the incidents of his life. Many of them wrote these ‘hadiths’ down and distributed them for the benefit of their co-religionists. A large number of hadiths were thus collected in the first century of Islam and were disseminated throughout the vast Islamic empire, partly in writing, and partly as an extensive oral tradition. During the subsequent centuries, efforts were made to compile more or less exhaustive collections of hadiths which were considered to be reliable by specific scholarly criteria, and long and arduous journeys were undertaken for this purpose. Thus, partly in the second century after the Prophet’s emigration (hijra) from Mecca to Medina, but largely in the third, important collections of such hadith were compiled and published. As some hadith were known to have been forged—some even during the Prophet’s lifetime—immense care had to be taken to ensure their credentials. To this end, the Muslim scholars introduced the system of the isnad, the chain of authorities reaching back to the Prophet which shows the historical status of a report. This was introduced at an early date, and by the first quarter of the second century was treated as a necessary part of every tradition. In time, too, branches of literature grew up to serve as foundations for the criticism of every individual hadith. As the isnad alone was not considered to be a sole and sufficient guarantee of a hadith’s genuineness, a number of other general principles were laid down as litmus tests for the authenticity of a text. It has hence been generally accepted by the traditionists that the validity of a tradition is sufficiently determined by the rigorous techniques of criticism which have thus been developed by the specialists. All these matters have been touched upon in this book.

Finally, the reader should note that no attempt has been made in this book to deal with the Shi’i traditions, for the author does not consider himself qualified to undertake such a task.