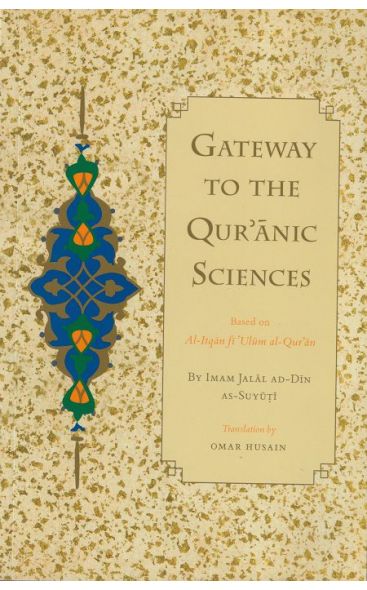 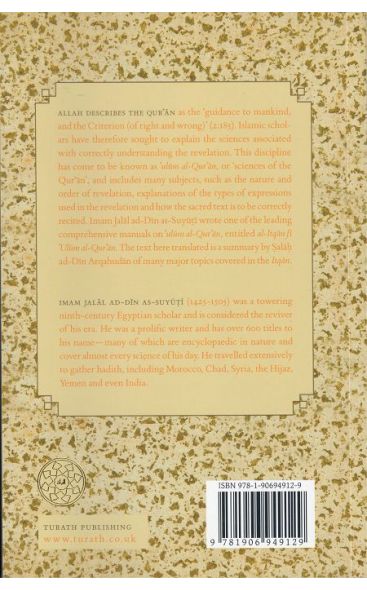 Gateway to the Quranic Sciences: Based on Al-Itqan Fi Ulum Al-Qur'an

Allah describes the Qur'an as the ‘guidance to mankind, and the Criterion (of right and wrong)’ (2:185). Islamic scholars have therefore sought to explain the sciences associated with correctly understanding the revelation.

Allah describes the Qur'an as the ‘guidance to mankind, and the Criterion (of right and wrong)’ (2:185). Islamic scholars have therefore sought to explain the sciences associated with correctly understanding the revelation.

This discipline has come to be known as ulum al-Qur'an, or ‘sciences of the Qur'an’, and includes many subjects, such as the nature and order of revelation, explanations of the types of expressions used in the revelation and how the sacred text is to be correctly recited.

Imam Jalal ad-Din as-Suyuti wrote one of the leading comprehensive manuals on ulum al-Qur'an, entitled al-Itqan fi ulum al-Qur'an. The text here translated is a summary by Salah ad-Din Arqahudan of many major topics covered in the Itqān.

Imam Jalal al-Din al-Misri al-Suyuti al-Shafi'i al-Ash'ari, also known as Ibn al-Asyuti  (849-911AH /1445-1505), the mujtahid imam and renewer of the tenth Islamic century, foremost Hadith master, encyclopaedist, historian, and biographer and probably one of the most prolific of all Islamic writers. There are an enormous number of his essays and treatises preserved today.

A number of his writings concerned scientific topics or issues related to natural science and food and regimen, amongst other things From Asyut in Egypt, he was among the most renowned and prolific Muslim scholars of all time. He wrote more than 300 books, covering every aspect of the Islamic sciences.

He memorized the Qur’an at the age of eight, and then went on to study with more than 150 scholars. He traveled extensively in his quest for knowledge — to Damascus, Hijaz, Yemen, India, Morocco, and the lands south of Morocco, as well as in Egypt.