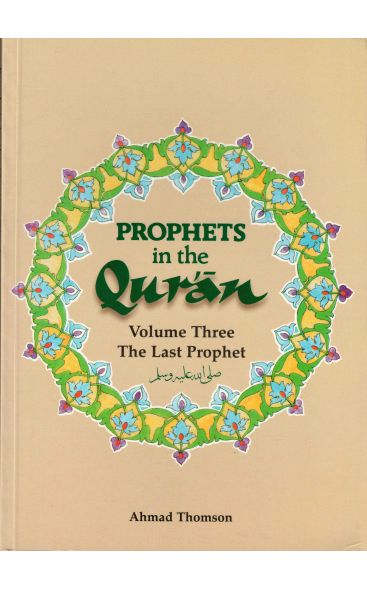 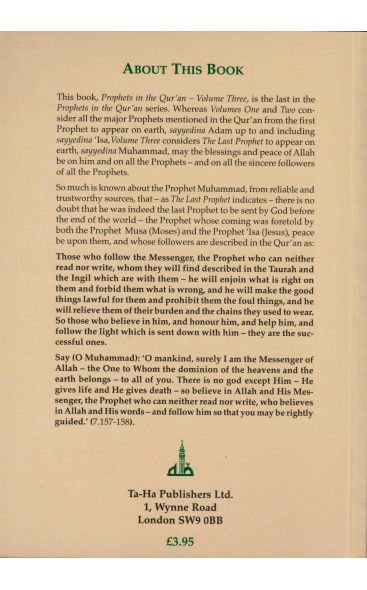 Prophets In The Quran: Volume Three The Last Prophet

This is a sequel to Volume Two and is the last in the series. Volume three considers The last Prophet to appear on earth, Prophet Muhammad, may the blessings and peace of Allah be on him and on all prophets.

This is a sequel to Volume Two and is the last in the series. Volume three considers The last Prophet to appear on earth, Prophet Muhammad, may the blessings and peace of Allah be on him and on all prophets. So much is known about the prophet Muhammad, from reliable and trustworthy sources, that there is no doubt that he was indeed the last Prophet to be sent by God before the end of the world.

It is clear from the Quran that all the prophets were sent by Allah and guided by Allah, and it is for this reason that there are no contradictions between any of their original teachings. From one perspective it is possible to realize that all the prophets were sent in order to prepare the way for Muhammad, may the blessings and peace of Allah be on him and them, and that what happened to them was a source of reassurance for him.

Initially they helped to sustain and calm the prophet Muhammad's heart, may Allah bless him and grant him peace, during the tremendous hardship and opposition that he endured when delivering the message that had been entrusted to him; they also, again and again, emphasized and clarified the nature of his task for him; and equally importantly, for all those who have followed him from that day to this, they have served as a means of guidance and inspiration for the believers, reminding them of the straight path and how to follow it.

Ahmad Thomson was called to the Bar of England and Wales in 1979. He was a co-founder of the Association of Muslim Lawyers in 1993. He has been the head of Wynne Chambers since 1994.

He is the author of several books, including

He has been described by some in the press as having acted as an informal advisor to 10 Downing Street on matters related to Muslims, although he has never set foot inside No. 10 or met any Prime Minister except Kenneth Kaunda, in Zambia, in 1965. He made both written and oral representations to the House of Lords Select Committee on Religious Offences in 2002, arguing that different religious groups including Jews, Christians, Muslims, Hindus, Buddhists and Sikhs should have equal rights and equal protection under English law.

He has given regular talks about Islam throughout the United Kingdom, including the annual Gateway to Divine Mercy event. He has been a regular contributor to the annual interfaith conferences held at the Regents Park Mosque and Islamic Cultural Centre and also contributed to the College of Law LNTV Programme 1378 which is concerned with Islamic Family Law and its interaction with English Family Law.