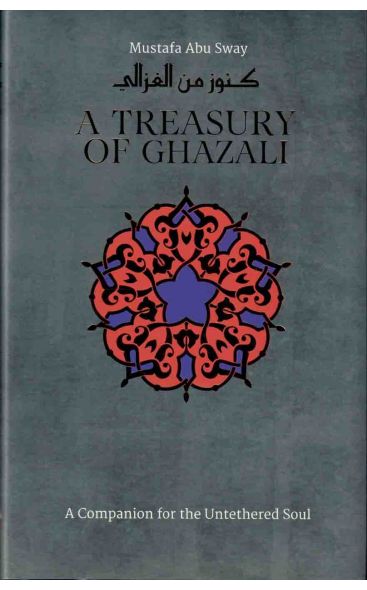 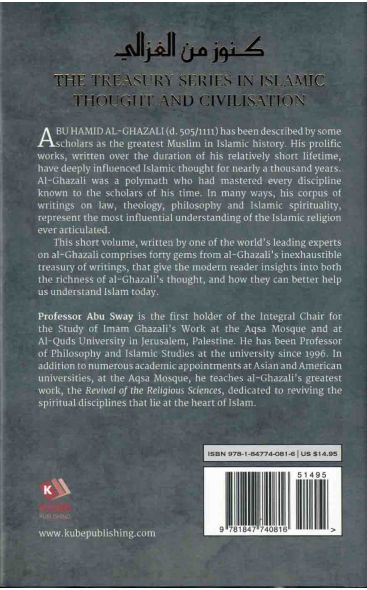 A Treasury of Ghazali: A Companion for the Untethered Soul

Abu Hamid al-Ghazali (d. 505/1111) has been described by some scholars as the greatest Muslim in Islamic history. His prolific works, written over the duration of his relatively short lifetime, have deeply influenced Islamic thought for nearly a thousand years.

Al-Ghazali was a polymath who had mastered every discipline known to the scholars of his time. In many ways, his corpus of writings on law, theology, philosophy, and Islamic spirituality, represent the most influential understanding of the Islamic religion ever articulated.

This short volume, written by one of the world's leading experts on al-Ghazali, comprises forty gems from al-Ghazali's inexhaustible treasury of writings, that give the modern reader insights into both the richness of al-Ghazali's thought, and how they can better help us understand Islam today.

Mustapha Abu Sway is the first holder of the Integral Chair for the Study of Imam Ghazali's Work at the Aqsa Mosque and at Al-Quds University in Jerusalem, Palestine.

He has been Professor of Philosophy and Islamic Studies at the university since 1996.

In addition to numerous academic appointments at Asian and American universities, at the Aqsa Mosque, he teaches al-Ghazali's greatest work, the Revival of the Religious Sciences, dedicated to reviving the spiritual disciplines that lie at the heart of Islam.