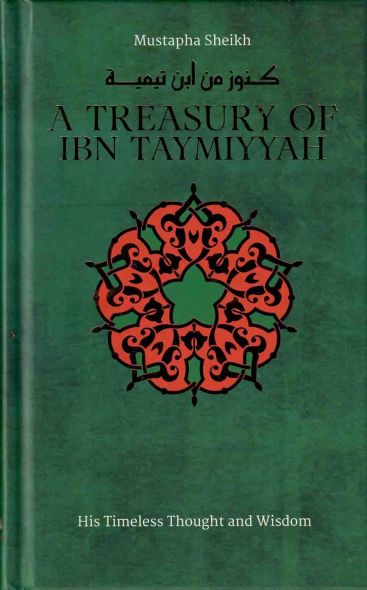 A Treasury of Ibn Taymiyyah: His Timeless Thought and Wisdom

This collection gives the reader a taste of this scholar’s views on theology, worship, spirituality, law, reason, revelation, and much else that is sure to enrich the reader’s understanding of Islam.

The DAMASCENE POLYMATH, Shaykh al-Islam Ibn Taymiyyah (d. 728/1328) is one of the most fascinating scholars from medieval Islamic civilization, acknowledged for his intellectual brilliance by both his admirers and his detractors. His readiness to present his own scholarly interpretations of scripture, and his instinctive rejection of much of the received wisdom of his day, mark him out as one of the most original thinkers of Islam, and indeed, one of the most incisive minds in human history.

This collection, a commentary on a brief sampling of Ibn Taymiyyah’s writings, represents a drop in the ocean of his multifaceted scholarly legacy. The reader is given a taste of this scholar’s views on theology, worship, spirituality, law, reason, revelation, and much else that is sure to enrich the reader’s understanding of Islam.

His family had long been renowned for its learning , among his teachers, was Shams ud-Din Al-Maqdisi, first Hanbali Chief Justice of Syria following the reform of the judiciary by Baibars. The number of Ibn Taymiyyah's teachers exceeds two hundred. Ibn Taymiyyah was barely seventeen, when Qadi Al-Maqdisi authorised him to issue Fatwa (legal verdict). Qadi remembered with pride that it was he who had first permitted an intelligent and learned man like Ibn Taymiyyah to give Fatwa.

At the same age, he started delivering lectures. When he was thirty, he was offered the office of Chief Justice, but refused, as he could not persuade himself to follow the limitations imposed by the authorities.

Imam Ibn Taymiyyah's education was essentially that of a Hanbali theologian and jurisconsult. But to his knowledge of early and classical Hanbalism, he added not only that of the other schools of jurisprudence but also that of other literature.

Dr Mustafa Sheikh is a Lecturer in Islamic studies at the Univeristy of Leeds, where he is also the Co-Director of the University’s Iqbal Centre for the Study of Contemporary Islam.

He completed his traditional Islamic studies in the Middle East, and his MSt and DPhil at Oxford University. He is one of the UK’s authorities on the thought of Ibn Taymiyyah.