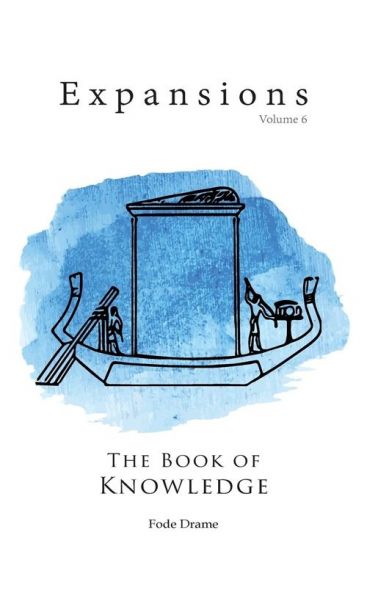 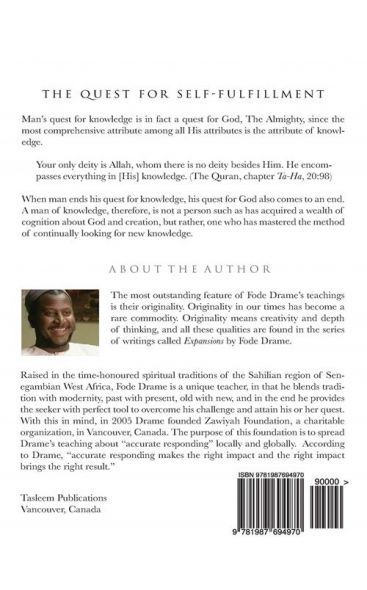 Expansions: The book of Knowledge: Volume 6

Man's quest for knowledge is  in fact  a quest for God, The  Almighty,  since the most comprehensive attribute of all His attributes is that of knowledge.

Man's quest for knowledge is in fact a quest for God, The Almighty, since the most comprehensive attribute among all His attributes is the attribute of knowledge.

"Your only deity is Allah, whom there is no deity besides Him. He encompasses everything in [His] knowledge." - (The Quran, chapter Ta-Ha, 20:98)

When man ends his quest for knowledge, his quest for God also comes to an end. A man of knowledge, therefore, is not a person such as has acquired a wealth of cognition about God and creation, but rather, one who has mastered the method of continually looking for new knowledge.

About The Series: Expansions

The most outstanding feature of Fode Drame's teachings is their originality. Originality in our times has become a rare commodity. Originality means creativity and depth of thinking, and all these qualities are found in the series of writings called Expansions by Fode Drame.

Raised in the time-honored spiritual traditions of the Sahilian region of Senegambian West Africa, Fode Drame is a unique teacher, in that he blends tradition with modernity, past with present, old with new, and in the end he provides the seeker with perfect tool to overcome his challenge and attain his or her quest. With this in mind, in 2005 Drame founded Zawiyah Foundation, a charitable organization, in Vancouver, Canada.