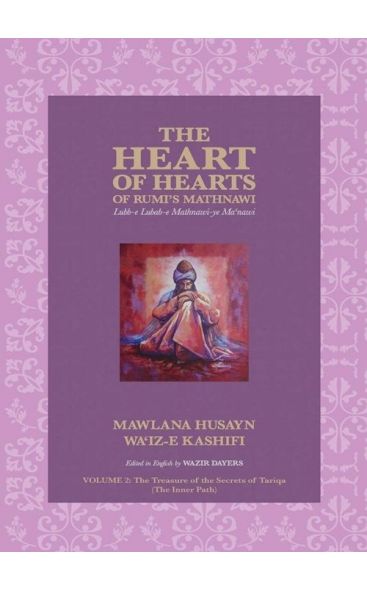 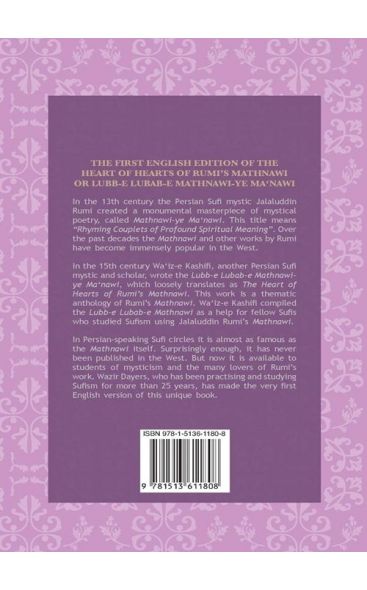 In the 13th century, the Persian Sufi mystic Jalaluddin Rumi created a monumental masterpiece of mystical poetry, called Mathnawi-ye Ma'nawi. This title means "Rhyming Couplets of Profound Spiritual Meaning". Over the past decades, the Mathnawi and other works by Rumi have become immensely popular in the West.

In Persian-speaking Sufi circles it is almost as famous as the Mathnawi itself. Surprisingly enough, it has never been published in the West. But now it is available to students of mysticism and the many lovers of Rumi's work. Wazir Dayers, who has been practicing and studying Sufism for more than 25 years, has made the very first English version of this unique book.

Mawlana Jalaluddin Rumi was the son, father, and grandfather of great Sunni Hanafi Jurists, teachers, and qadis, originating from Balkh or Kabul and settled in and around Istanbul. Ibn Hajar al-`Asqalani in al-Durar al-Kamina (1:352) cites him as "Mawlana" in the vibrant notice on his son Baha' al-Din Ahmad, known as Sultan ibn Mawlana, "one of the Imams of the Hanafi Masters, the brilliant, ascetic, pious Faqih, Usuli, and grammarian who trod the path of his father in leaving the world behind."

Mawlana's full name is Muhammad ibn Muhammad (ibn Muhammad) ibn al-Hasan ibn Ahmad ibn Qasim ibn Habib ibn `Abd Allah ibn `Abd al-Rahman ibn Abi Bakr al-Siddiq al-Hashimi. Hajji Khalifa said in Kashf al-Zunun (1:367): "He was a thoroughly knowledgeable Imam in Fiqh according to the School of Abu Hanifa - Allah be well-pleased with him - and he was knowledgeable in the science of juridical differences, then he devoted himself to worship exclusively. Miraculous gifts (karaamaat) are mass-transmitted from him. Allah have mercy on him."

He is known in the West as a "mystical" poet, mostly because of the translation of his large Persian book of poetry of singular beauty, the Mathnawi.

As for the claim that "He invited people to the Aqeedah of Wahdat-ul-Wujoud and to the Aqeedah of the oneness/unity of all religions", then Allah Most High said, {Say: Bring your proof if you are truthful} and He said, {O you who believe! If an evil liver bring you tidings, verify it, lest you smite some folk in ignorance and afterward repent of what you did}.