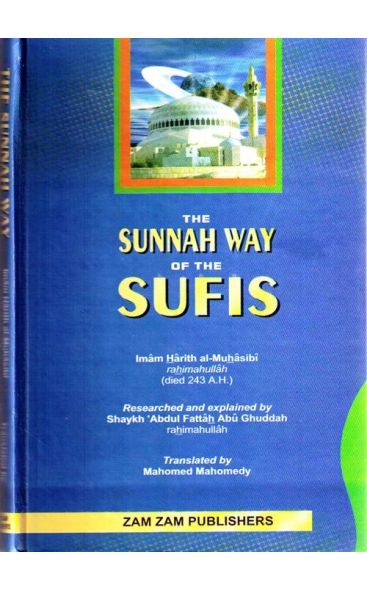 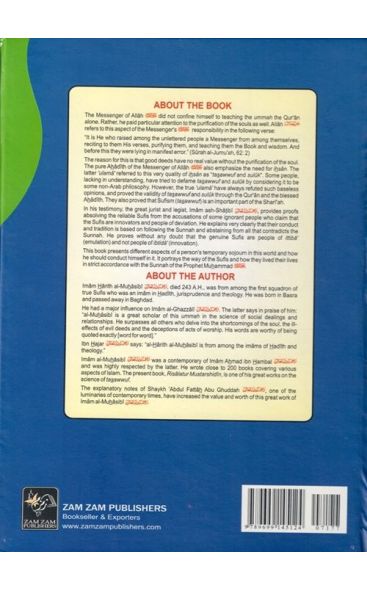 The Sunnah Way of the Sufis

This book presents different aspects of a person's temporary sojourn in this world and how he should conduct himself in it. It portrays the way of the Sufis and how they lived their lives in strict accordance with the Sunnah of the Prophet Muhammad (PBUH).

The Messenger of Allah (PBUH) did not confine himself to teaching the ummah the Qur'an alone. Rather, he paid particular attention to the purification of the souls as well. Allah refers to this aspect of the Messenger's responsibility in the following verse:

"It is He who raised among the unlettered people a Messenger from among themselves, reciting to them His verses, purifying them, and teaching them the Book and and wisdom. And before this they were lying in manifest error." - (Surah al-Jumu'ah, 62:2)

The reason for this is that good deeds have no real value without the purification of the soul. The pure Ahadith of the Messenger of Allah (PBUH) also emphasize the need for Ihsan. The latter 'ulama' referred to this very quality of Ihsan as Tasawwuf and Suluk. Some people, lacking in understanding, have tried to defame Tasawwuf and Suluk by considering it to be some non-Arab philosophy. However. the true 'ulama' have always refuted such baseless opinions, and proved the validity of Tasawwuf and Suluk through the Qur'an and the blessed Ahadith. They also proved that Sufism (Tasawwuf) is an important part of the Shari'ah.

In his testimony, the great jurist and legist Imam ash-Shatibi, provides proofs absolving the reliable Sufis from the accusations of some ignorant people who claim that the Sufis are innovators and people of deviation. He explains very clearly that their conduct and tradition is based on following the Sunnah and abstaining from at that contradicts the Sunnah. He proves without any doubt that the genuine Sufis are people of ittiba (emulation) and not people of ibtida (innovation).

This book presents different aspects of a person's temporary sojourn in this world and how he should conduct himself in it. It portrays the way of the Sufis and how they lived their lives in strict accordance with the Sunnah of the Prophet Muhammad (PBUH).

Imam Harith al-Muhasibi, died 243 A.H., was from among the first squadron of true Sufis who was an imam in Hadith, jurisprudence and theology. He was born in Basra and passed away in Baghdad.

He had a major influence on Imam al-Ghazzali. The tatter says in praise of him: 'al-Muhasibi is a great scholar of this ummah in the science of social dealings and relationships. He surpasses all others who delve into the shortcomings of the soul the Ill-effects of evil deeds and the deceptions of acts of worship. His words are worthy of being quoted exactly [word for word].

Ibn Hajar says: 'al-Harith al-Muhasibi is from among the imams of Hadith and theology.'

Imam al-Muhasibi was a contemporary of Imam Ahmad ibn Hambal and was highly respected by the latter. He wrote close to 200 books covering various aspects of Islam. The present book, Rialatur Mustarshidin, is one of his great works on the science of Tasawwuf.

The explanatory notes of Shaykh 'Abdul Fatah Abu Ghuddah, one of the luminaries of contemporary times, have increased the value and worth of this great work of Imam al-Muhasibi.