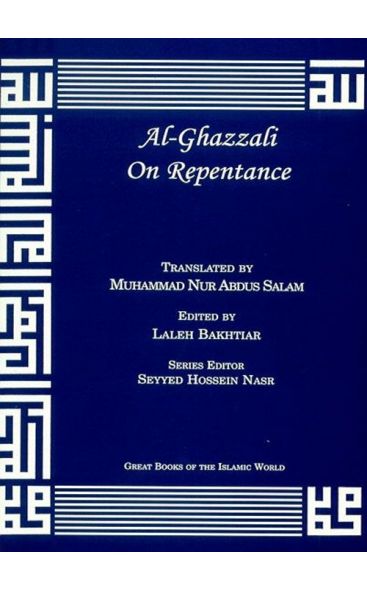 Al-Ghazzali on Repentance (Great Books of the Islamic World Series)

Imam Al-Ghazzali discusses in this book the virtue of repentance and its spiritual reward.

This is Book XXXI of Part Four of the Alchemy of Happiness entitles The Deliverers. It is the first book from the Fourth Quarter of the Ihya' Ulum al-Din.

There is no doubt that Tawba is an essential part of the teachings of Islam. As Allah has declared in al-Qur'an al-Karim "Indeed Allah loves the Tawwabin (those who repent)."

Imam Al-Ghazzali discusses in this book

Laleh Bakhtiar is a well-known author on Sufism, is the first person to unearth traditional psychology which had been buried in medieval philosophy.

With this work she shows that traditional psychology is alive and vibrant and should be an alternative psychology to modern schools as the stress is upon morality and ethics.She is a nationally certified and licensed psychotherapist.