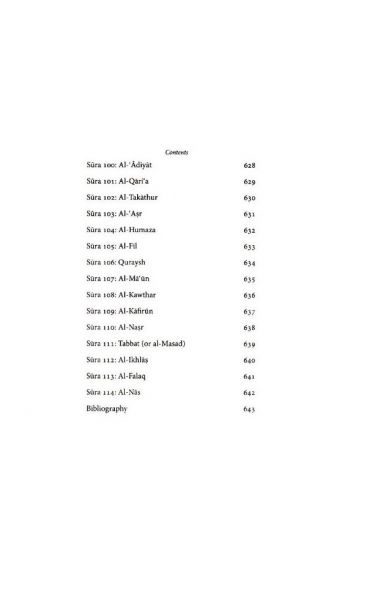 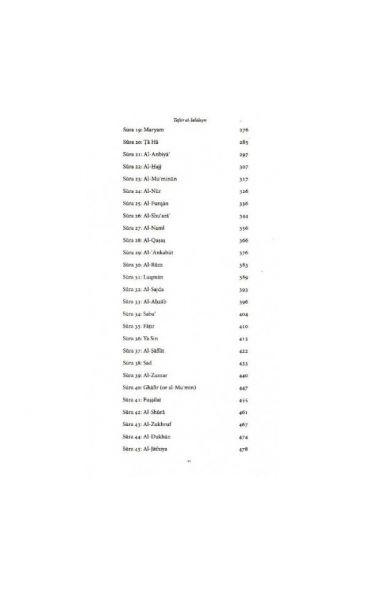 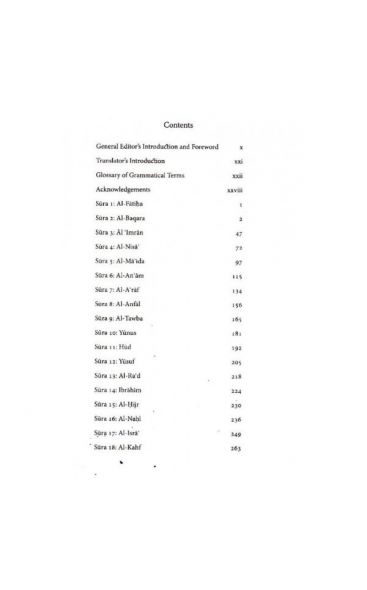 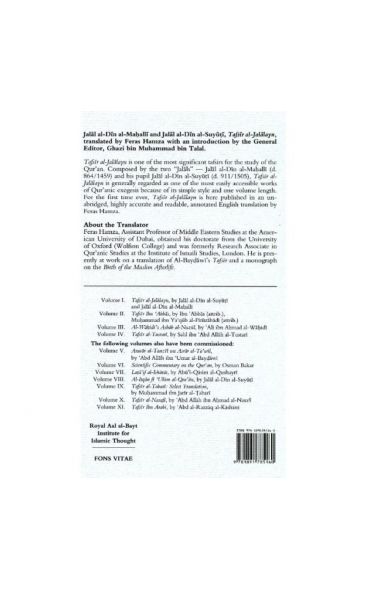 Tafsir Al-Jalalayn : The Great Commentaries of the Holy Qur’an Series Volume I

Up until now, the fundamental texts of the Islamic faith, apart from the notable exception of the Hadith of the Prophet, have remained out of reach of many Muslims and non-Muslims alike. This series aims to make widely available the leading exegetical works in translation for study and research in unabridged form, which are faithful to the letter and meaning of the Arabic.

Keys to Sacred Science – Geometry and...

Al-Ghazali: The Mysteries of Charity & Fasting...

Al-Ghazali: The Mysteries of Prayer for...

Up until now, the fundamental texts of the Islamic faith, apart from the notable exception of the Hadith of the Prophet, have remained out of reach of many Muslims and non-Muslims alike. Among the most important sources for understanding the Qur'an are the tafsir works, commentaries on the Qur'an, which help to properly explain and contextualise the Revelation. Tafsir al-Jalalayn, presented here in complete English translation for the first time ever, is the first work in The Great Commentaries on the Holy Qur’an series. The series aims to make widely available the leading exegetical works in translation for study and research in unabridged form, which are faithful to the letter and meaning of the Arabic.

Tafsir Al-Jalalayn is one of the most significant tafsirs, or commentaries, for the study of the Quran. Composed by two "Jalals"- Jalal al-Din al-Mahalli (d. 1459CE) and Jalal al-Din al-Suyuti (d. 1505CE), Tafsir Al-Jalalayn is generally regarded as one of the most easily accessible works of Quranic exegesis of its simple style and one volume length. For the first time ever Tafsir al-Jalalayn is completely translated into an unabridged, highly accurate and readable annotated English translation by Feras Hamza.

This commentary is one of the most popular Tafasir in the Islamic world, perhaps even THE most popular Tafsir. Copies of it are available in almost every bookshop and library in the Arab and Muslim world. It is by far the shortest and easiest to understand. Consequently, it is invariably read as an introduction to Classical Tafsirs by millions of students and adults who never go further into the subject. It is thus an immensely successful and influential work not just as the classic introduction to Tafsir, but also as the standard reference work for the language of Qur'an.

Al-Jalalayn's two 's deliberately summarized, streamlined or simplified the material in order to stay focused on their one overriding aim: to make the literal meaning of the Holy Qur'an completely intelligible in the simplest possible way.

H.R.H. Prince Ghazi Bin Muhammad is Personal Envoy and Special Advisor to H.M. King Abdullah II, and the Chairman of the Board of Trustees of The Royal Aal al-Bayt Institute for Islamic Thought.

Muhammad ibn Ahmad al-Mahalli (791-864/1389-1459) of Cairo was a versatile, scholar who excelled in jurisprudence, theology, grammar, rhetoric, and commentary. He was known for his scrupulousness, fear of Allah, and fearlessness in upholding the truth. Al-Mahalli was offered the highest judicial positions but refused them. He taught jurisprudence in the Mu’ayyadiyya and Barquqiyya madrasas. Abstinent and ascetic, he lived on what he earned by trade. His most famous work is his commentary, Tafsir al-Jalalayn, which he began halfway through the text with Surat al-Kahf, ending with an-Nas and Although he died before he could start the other half, the work was completed by his student, Jalalu’d-Din as-Suyuti. Al-Mahalli’s other books include commentaries on Jam’ al-Jawami’, al-Burda, al-Manahij -fiqh, al-Waraqat -, Kitab .

Imam Jalal al-Din al-Misri al-Suyuti al-Shafi`i al-Ash`ari, also known as Ibn al-Asyuti (849-911AH /1445-1505), the mujtahid imam and renewer of the tenth Islamic century, foremost Hadith master, encyclopaedist, historian, and biographer and probably one of the most prolific of all Islamic writers. There an enormous number of his essays and treatises preserved today. A number of his writings concerned scientific topics or issues related to natural science and food and regimen, amongst other things From Asyut in Egypt, he was among the most renowned and prolific Muslim scholars of all time. He wrote more than 300 books, covering every aspect of the Islamic sciences. He memorized the Qur’an at the age of ‘eight, and then went on to study with more than 150 scholars. He traveled extensively in his quest for knowledge — to Damascus, Hijaz, Yemen, India, Morocco, and the lands south of Morocco, as well as in Egypt.

Al-Suyuti devoted his life to learning, teaching writing. He was noble, abstinent and self-sufficient, distancing himself from people of rank and power and living on what he earned by teaching. Major writings of al-Suyuti that remain widely used today include al-Itqan, on the sciences; and Tafsir al-Jalalayn, which he completed when only 22.

Dr. Feras Hamza received his M. Phil and D. Phil in Islamic history from the University of Oxford. He has worked as a research assistant in Islamic history at the Institute for Advanced Study in Princeton and is currently a Research Associate with the Studies Project at the Institute of Ismaili Studies in London. He is a specialist on early Islam and teaches courses in Islamic History, Quran Tafsir. Dr. Hamza is presently at work on a translation of Al-Baydawi’s Tafsir and a monograph on the Birth of the Muslim Afterlife.