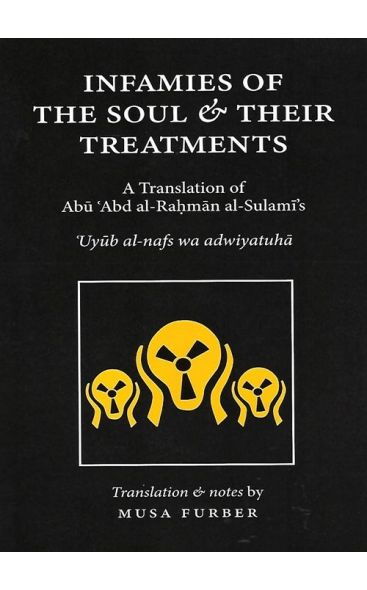 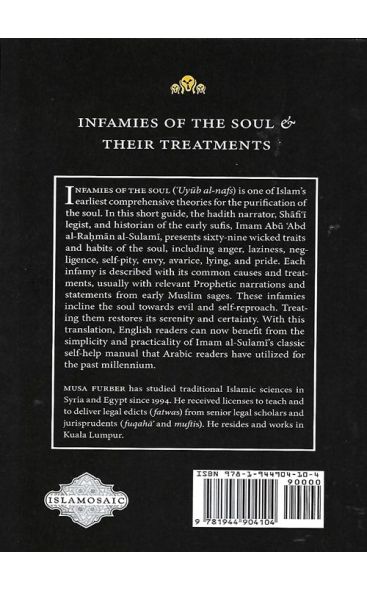 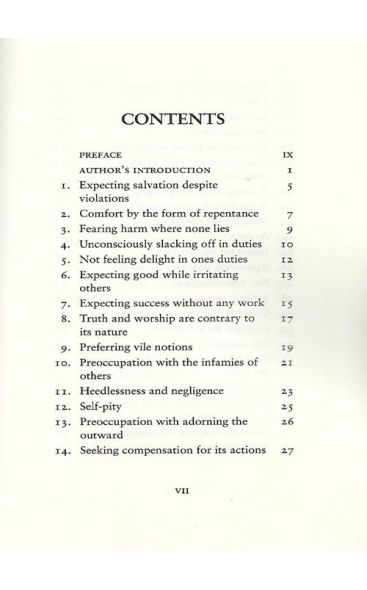 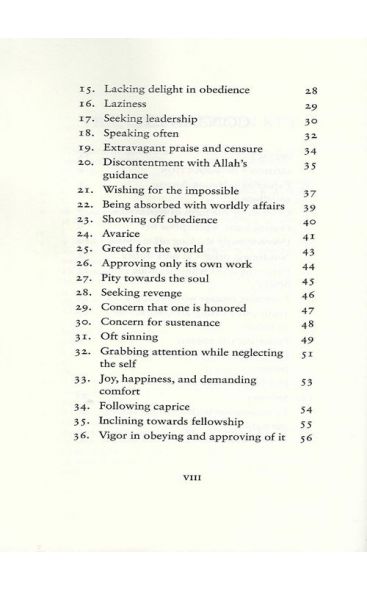 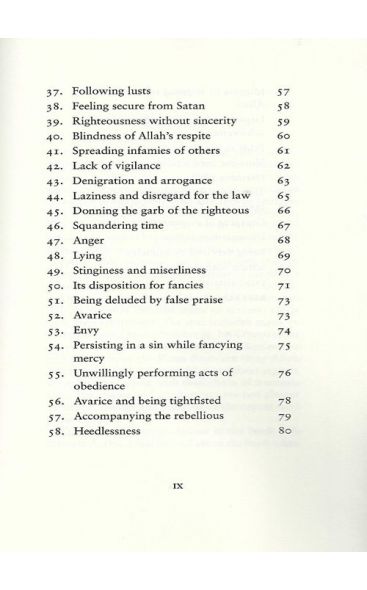 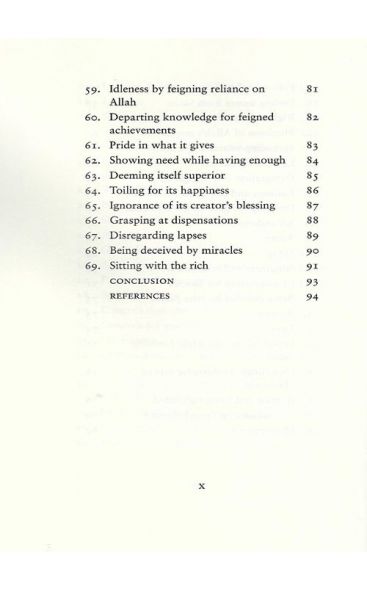 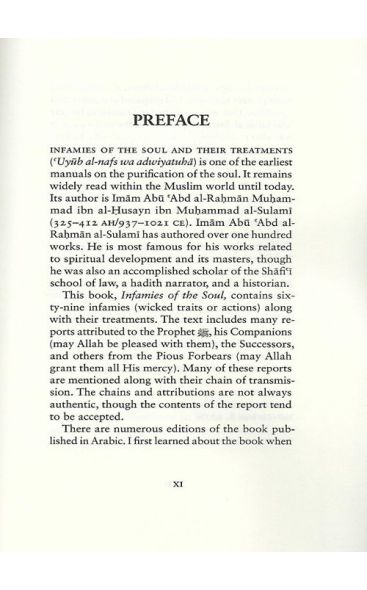 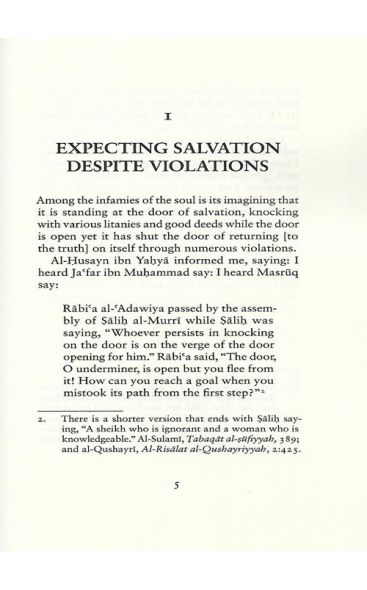 Infamies of the Soul & their Treatments

One of Islam’s earliest comprehensive theories for the purification of the soul written by Abu Abd al-Rahman al-Sulami, one of the most prominent personalities of Sufism in the 10th century.

Infamies of the Soul (Uyub al-nafs) is one of Islam’s earliest comprehensive theories for the purification of the soul. In this short guide, the hadith narrator, Shafi'i legist, and historian of the early sufis, Imam Abu Abd al-Raḥman al-Sulami, presents sixty-nine wicked traits and habits of the soul, including anger, laziness, negligence, self-pity, envy, avarice, lying, and pride.

Each infamy is described with its common causes and treatments, usually with relevant Prophetic narrations and statements from early Muslim sages. These infamies incline the soul toward evil and self-reproach. Treating them restores its serenity and certainty. With this translation, English readers can now benefit from the simplicity and practicality of Imam al-Sulami’s classic self-help manual that Arabic readers have utilized for the past millennium.

Abu Abd al-Rahman Muhammad b. al-Husayn b. Muhammad b. Musa b. Khalid al-Sulami, born in Nishapur on 10th of Jumad al-Akhir 325 AH / 937 CE. He was a scholar of Hadith, Tafsir and specially Tasawwuf, and and expert on the sciences of Suluk, Ihsan and Adab.

In his youth he also studied theology, jurisprudence of the Shafi'i school, and traveled extensively in pursuit of Hadith, until he became known as an authority in his own right.

He was given a certificate of competence (ijaza) to issue formal legal opinions (fatwas) and to teach. Yet like so many of the scholars of his day, he also sought instruction in the teachings and practices which were believed to lead to marifa.

He was one of the most prominent personalities of Sufism in the 10th century died in the year 412 AH or 1021 CE in Nishapur.

Musa Furber has studied traditional Islamic sciences in Syria and Egypt since 1994. He received licenses to teach and to deliver legal edicts (fatwas) from senior legal scholars and jurisprudents (fuqaha and muftis). He resides with his family in Kuala Lumpur.