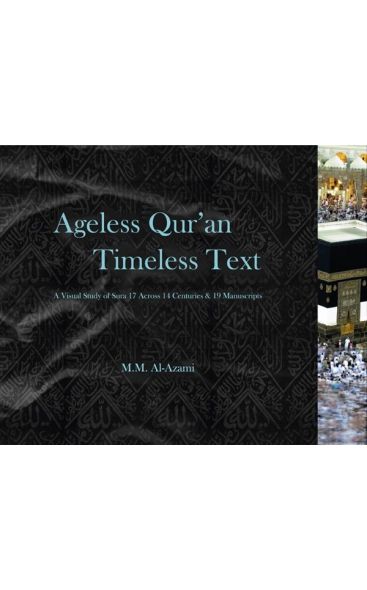 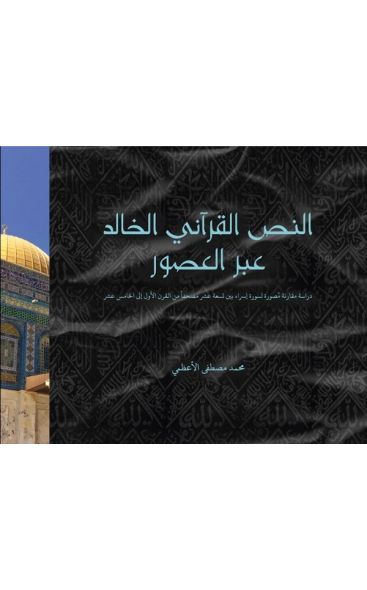 A visual catalog and record, a labour of love and a product of twelve years of work. This study gathers Qur'anic manuscripts spanning the fifteen centuries of Islam.

The History of The Quranic Text From Revelation...

About The Book (From Back Cover)

In certain circles allegations thrive that Islam's holy book is not a pristine text but is one that has been tampered with and compromised. With such claims huddling in the background the author alighted on an idea, simple in concept but powerful in context, that would allow scholar and layman alike to explore the integrity of the Qur'anic text throughout history.

The fruit of that idea is this book, a visual catalog and record, a labour of love and a product of twelve years of work. This study gathers Qur'anic manuscripts spanning the fifteen centuries of Islam, then "peels" off the text word-by-word and sets it all in a way that is easily graspable yet visually unique. The focus here is not to champion or refute an idea through an essay, or preaching, or speculating, or confounding, or even by reference to bygone works and their authors theories and thoughts. The aim is to collect Qur'anic manuscripts of established pedigrees and, using Surah 17 as a case study, to set the reality of the written words of the Qur'an plainly before all.

Muslims do not doubt that the Holy Qurʾan is the unadulterated Word of Allah, a Book that has remained pure and free from change or distortion ever since it was revealed.  Ageless Qurʾan Timeless Text provides a visual proof of the integrity of the Qurʾanic text – the first of its kind – and is the result of 15 years of effort on the part of the author. Azami applies a proof technique known as ‘proof without words,’ typically used in mathematics to prove an identity or mathematical statement that can be demonstrated as self-evident by a diagram without any accompanying explanatory text.

This work is meant for all people, Muslim and non-Muslim, believer and skeptic. It speaks to the human desire to attain both belief and proof that is illustrated by the well-known story of prophet Ibrahim with the bird, which in the Qur'an touches the soul of everyone who seeks such reassurance:

And prophet Ibrahim asked, ‘My Lord, show me how You give life to the dead.’ He [Allah] said, ‘Do you not believe?’ He said, ‘I do! But just to reassure my heart.’ He said, ‘Then take four birds and draw them to you. Then place a part of them on each mountain. Then call them; they shall come to you in a rush. And know that indeed Allah is Overpowering, All-wise.’ (2:262)

A visual catalogue and record, the work comprises a collation of 19 Qur'anic manuscripts focusing on one surah (Al-Isra) but spanning the entire history of Islam. The verses are aligned in a parallel framework so that each word, each letter, each verse is brought into focus. This enables the reader to discern the text visually, by contemplating the very script whose recitation echoed throughout the centuries, from the time when the Companions of the Prophet g made their way through the alleyways to the Prophet’s Mosque and set down to work, to fourteen centuries later when the hum of the modern, digital printing press accompanies the mass production of muṣḥafs for distribution across the globe.