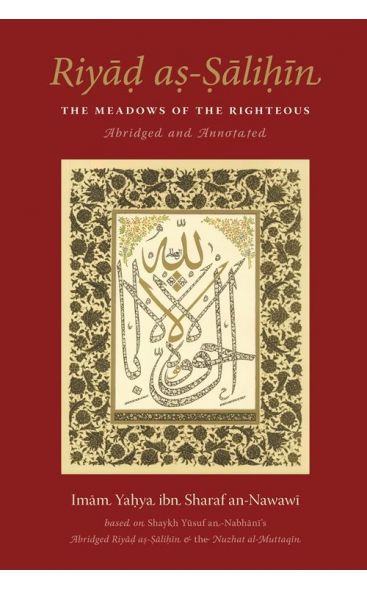 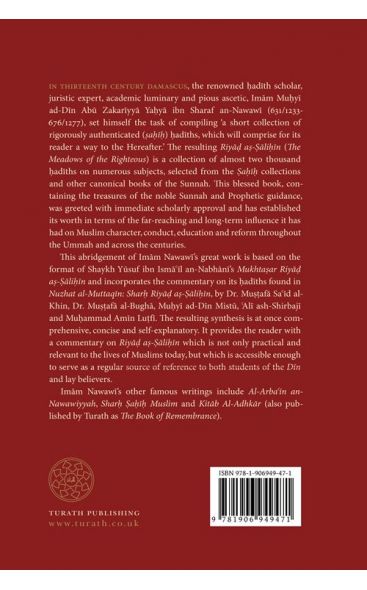 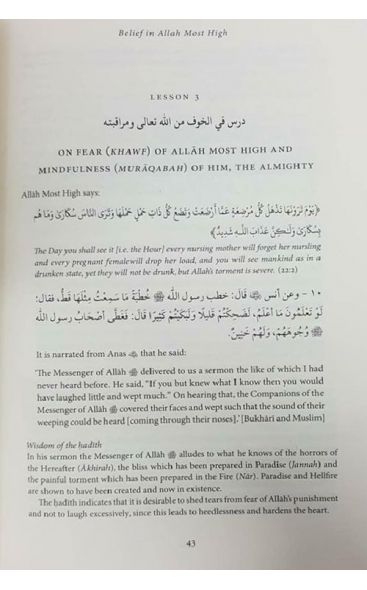 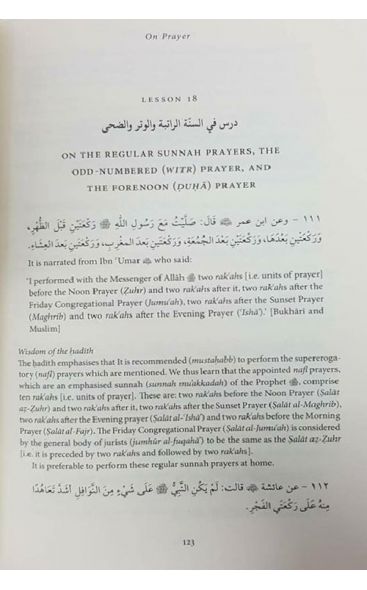 Riyad as-Salihin: The Meadows of The Righteous - Abridged And Annotated

A collection of almost two thousand Hadiths on numerous subject. Based on Shaykh Yusuf an-Nabhani's Abridged Riyad as-Salihin and the Nuzhat al-Muttaqin. Arabic text with English translation and commentary.

In 13th Century Damascus, the renowned Hadith Scholar, juristic expert, academic luminary and pious ascetic, Imam Muhyi ad-Din Abu Zakariyya Yahya ibn Sharaf an-Nawawi set himself the task of compiling a short collection of rigorously authenticated Hadith, which will comprise for its reader a way to the hereafter.

The resulting Riyad as-Salihin is a collection of almost two thousand Hadiths on numerous subjects, selected from the Sahih collections and other canonical books of the Sunnah. This blessed book, containing the treasures of the noble Sunnah and Prophetic guidance, was greeted with immediate scholarly approval and has established its worth in terms of the far-reaching and long-term influence it has had on Muslim character, conduct, education and reform throughout the Ummah and across the centuries.

Shaykh al-Qadi Yusuf bin Isma'il bin Yusuf bin Isma'il bin Muhammad Nasir al-Din al-Nabhani (1849–1932) born in Ijzim in Palestine, now south of Haifa in Israel, was a Palestinian Sunni Islamic scholar, judge, prolific poet, and defender of the Ottoman Caliphate. He died in Beirut. His teachings have influenced much of Sufism's development in the 19th and 20th century.

He initially studied among the scholars of his home town Nabhan, Palestine and then at al-Azhar in Egypt. After receiving Ijaza's he came back to his locality in Nabhan. He also studied under scholars of Sham and Madinah. He passed away in 1932.