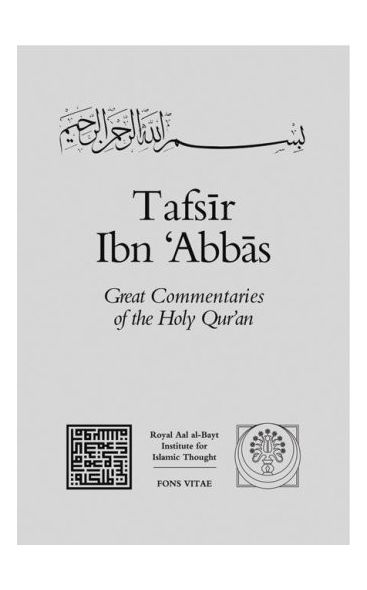 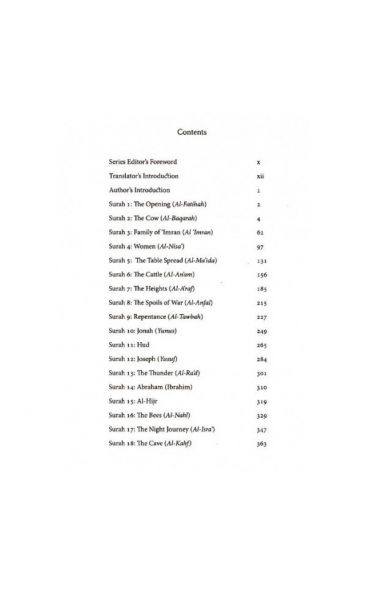 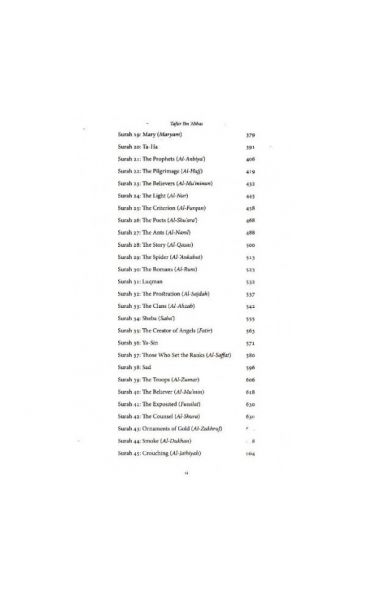 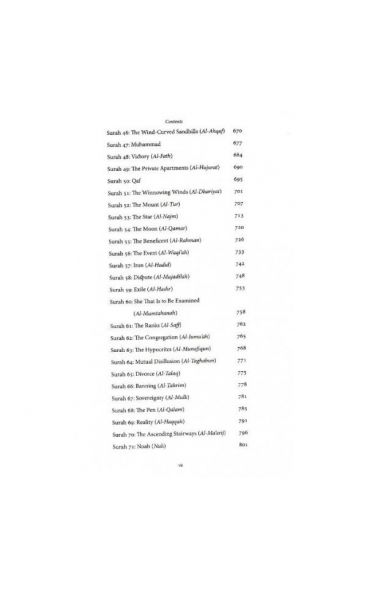 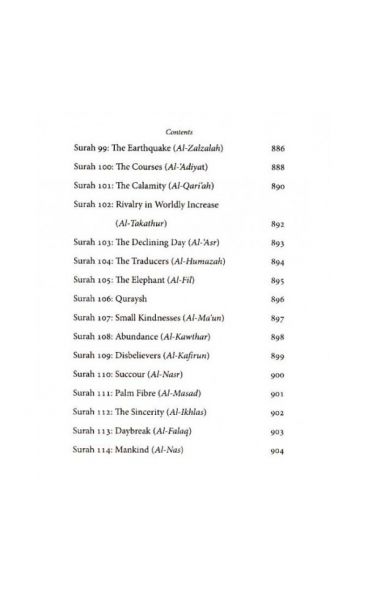 Tafsir Ibn Abbas, presented here in complete English translation for the first time ever, is the second work in the Great Commentaries on the Holy Qur'an series.

Tafsir Ibn Abbas, presented here in complete English translation for the first time ever, is the second work in the Great Commentaries on the Holy Qur'an series. The series aims to make widely available leading exegetical works in translation for study and research in unabridged form, which faithful to the letter and meaning of the Arabic.

Attributed variously to the Companion Abdullah Ibn 'Abbas (d.687CE) and to Ibn Ya'qub al-Firuzabadi (d.1414CE), Tafsir Ibn Abbas is one of the pivotal works for understanding the environment which influenced the development of Quranic exegesis. Despite its uncertain authorship and its reliance on controversial Israelite stories, Tafsir Ibn Abbas nevertheless offers valuable insight into the circulation and exchange of popular ideas between Islam, Judaism, and Christianity during the formative phase of Islamic exegesis.

This commentary is unabridged and uncensored, like the other works in the Great Commentaries on the Holy Qur’an series. The traditions attributed to Ibn Abbas that are at the core of this work render it as a seminal work of exegesis. Tafsir Ibn Abbas is unencumbered with , or chains of transmission, and does not contain elaborate theological or philosophical explanations or technical grammatical explanations, thus making the work accessible to the non-specialist. Muslim scholarship considers the author Ibn Abbas as the real father of the science of Tafsir. The reports related from Ibn Abbas regarding the interpretation of the Qur’an are quite abundant. In fact, there is almost no interpretation of a verse for which one cannot find an interpretation to Ibn Abbas.

Abd Allah ibn Abbas or ′Abd Allah ibn al-′Abbas otherwise called (Ibn Abbas; Al-; Al-Bahr; The Doctor; The Sea) was born c. 619 CE. He was one of Muhammad's companions and one of the early Qur'an scholars.

During the early struggles for the caliphate, he supported and was given the job of governor of Basra as a reward. He did not stay long and he withdrew to Mecca. During the reign of Muawiyah I, he lived in Hejaz and would travel to Damascus often. After Muawiyah I died, he opposed Abd Allah ibn al-Zubayr and fled to at-Ta'if, where he died in around 687 CE.

'Abd Allah ibn Abbas was known for his knowledge of traditions as well as his critical interpretation of the Qur'an. From early on, he gathered information from other companions of Muhammad and gave classes and wrote commentaries.

Dr. Mokrane Guezzou is a British-Algerian translator of major Islamic works. His translation of Al-Wahidi’s Asbab Al-Nuzul also appears in the Great Commentaries on the Holy Qur’an series. He is also presently at work on a translation and study of Ibn ‘Ata Allah al- Al-Qasd al-Mujarrad fi Ma’rifat al-Ism al-Mufrad (Fons Vitae).

Dr. Yousef Waleed Meri (Editor) is a leading specialist in Islam of the pre-modern period, Islamic cultural and social history and interfaith relations. He received a B.A. (Magna cum laude) from University of California, Berkeley in 1992, an M.A. from the State University of New York Binghamton in 1995 and a D.Phil. from Wolfson College, Oxford University in 1999. Currently, he is a Fellow and Special Scholar in Residence at the Royal Aal al-Bayt Institute for Islamic Thought (Amman, Jordan), which is under the patronage of Abdallah II, King of Jordan. He has published numerous articles and books dealing with various aspects of Islamic history, civilization ritual practice.