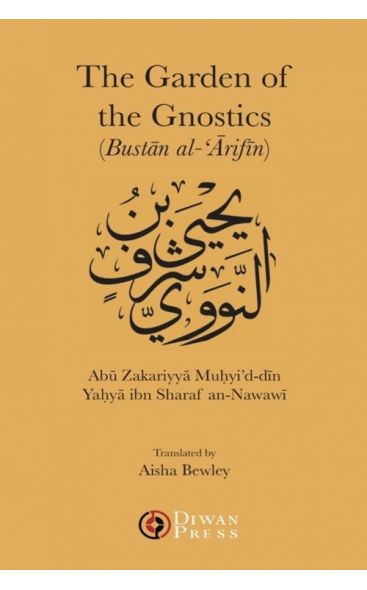 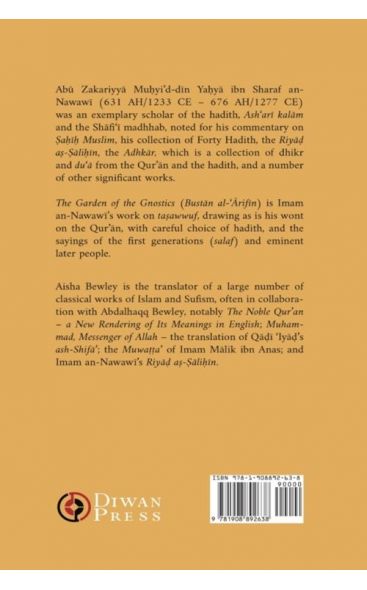 The Garden of the Gnostics (Bustan al-'Arifin)

Abu Zakariyya Muhyi'd-din Yahya ibn Sharaf an-Nawawi (631 AH/1233 CE – 676 AH/1277 CE) was an exemplary scholar of the hadith, Ash'ari kalam and the Shafi'i madhhab, noted for his commentary on Sahih Muslim, his collection of Forty Hadith, the Riyad as-Salihin, the Adhkar, which is a collection of dhikr and du'a from the Qur'an and the hadith, and a number of other significant works.

The Garden of the Gnostics (Bustan al-'arifin) is Imam an-Nawawi's work on taṣawwuf, drawing as is his wont on the Qur'an, with careful choice of hadith, and the sayings of the first generations (salaf) and eminent later people.

Aisha Bewley is the translator of a large number of classical works of Islam and Sufism, often in collaboration with Abdalhaqq Bewley, notably