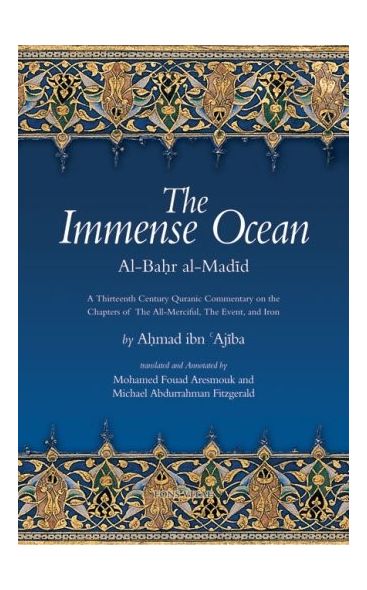 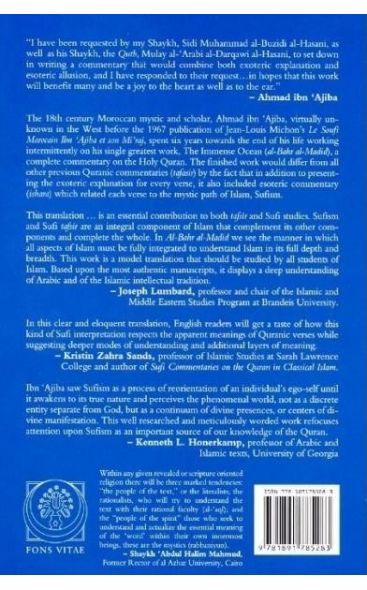 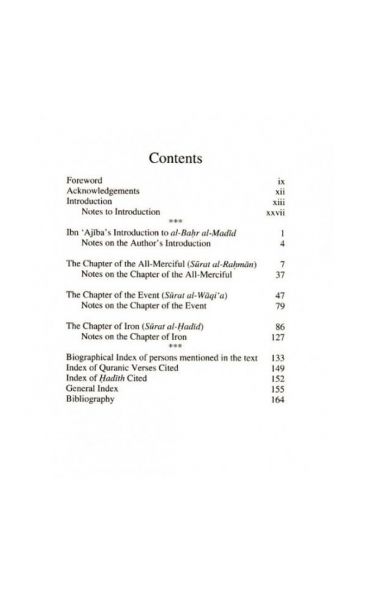 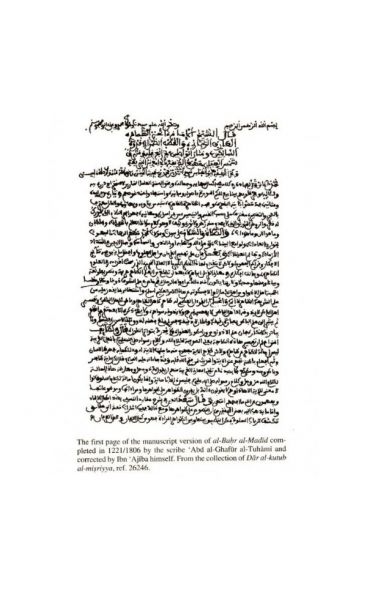 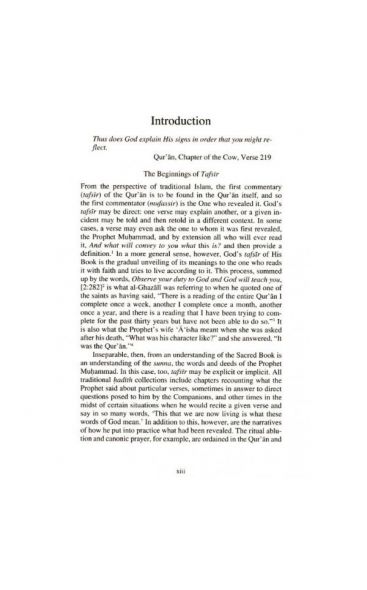 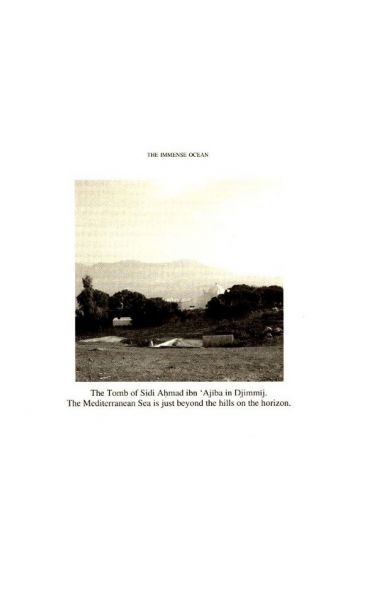 Written by the 18th-century Moroccan mystic and scholar, Ahmad ibn ‘Ajiba, this work remains one of the primary works in exegesis.

“I have been requested by Shaykh, Sidi Muhammad al-Buzidi al-Hasani, as well has his Shaykh, the Qutb, Mulay al-‘Arabi al-Darqawi al-Hasani, to set down in writing a commentary that would combine both exoteric explanation and esoteric allusion, and I have responded to their request…in hopes that this work will benefit many and be a joy to the heart as well as to the ear.” Ahmad ibn ‘Ajiba

The 18th century Moroccan mystic and scholar, Ahmad ibn ‘Ajiba, virtually unknown in the west before the 1967 publication of Jean-Louis Michon’s Le Soufi Marocain Ibn ‘Ajiba et son Mi’raj, spent six year towards the end of his life working intermittently on his single greatest work, The Immense Ocean (al-Bahr al-Madid), a complete commentary on the Holy Quran. The finished work would differ from all other previous Quranic commentaries (tafasir) by the fact that in addition to presenting the exoteric explanation for every verse, it also included esoteric commentary (ishara) which related each verse to the mystic path of Islam, Sufism.

The present translation is of one section--- the fifty-fourth hizb (or part) containing the Chapters of The All-Merciful, The Event, and Iron---from this unique and monumental work. Its intention is to provide the Anglophone reader with access not only to how the generality of educated Muslims have understood the dominant themes of these Chapters since the earliest days of Islam, but also how traditional Sufic sources have viewed these same themes in respect to the microcosm of the soul and the journey towards God. To this latter dimension, Ibn ‘Ajiba adds insights arising from his own spiritual quest, that of a man who, in his early 40s, having lived the life of a scholar from a noble Tetouani family, turned away from all the rank and respect he had previously enjoyed in order to become the disciple of two of the greatest Sufic teachers of his day, Mulay al-‘Arabi al-Darqawi and Muhammad al-Buzidi, and immerse himself in the rigorous spiritual training and practice that characterized their way, al-Tariqa al-Shadhiliyya al-Darqawiyya. This translation, then presents both an example of Islamic scholarship based on traditional formal sources as well as insight into Ibn ‘Ajiba’s own personal journey of discovery.

In the course of this work, the reader will find commentary, both exoteric and esoteric, on verses concerning the interrelation between Divine benevolence and human gratitude; the blessings of Heaven and the place of faithful men and women there; the relationship between practice, grace, and salvation; the role and meaning of the invocation and remembrance of God (dhikr Allah); the ephemeral nature of this world; the essential traits of Christians; the meaning of earthy tribulations; and the benefits of charity.

In addition the reader will discover the depths at which Quranic discourse has been understood by the mystics of Islam over the centuries (and up to the present day), a depth at which formal differences between traditions become less and less distinct and the similarities in the human quest for knowledge of the Divine ever more inspiring.

He was born of a sharif family in the Anjra tribe that ranges from Tangiers to Tetuan along the Mediterranean coast of Morocco. As a child he developed a love of knowledge, memorizing the Qur'an and studying subjects ranging from Classical Arabic grammar, religious ethics, poetry, Qur'anic recitation and tafsir. When he reached the age of eighteen he left home and undertook the study of exoteric knowledge in Qasr al-Kabir under the supervision of Sidi Muhammad al-Susi al-Samlali. It was here that he was introduced to studies in the sciences, art, philosophy, law and Qur'anic exegesis in depth. He went to Fes to study with Mohammed al-Tawudi ibn Suda, Bennani, and El-Warzazi, and joined the new Darqawiyya in 1208 AH (1793), of which he was the representative in the northern part of the Jbala region. He spent his entire life in and around Tetuan, and died of the plague in 1224 AH (1809). He is the author of around forty works and a Fahrasa which provides interesting information concerning the intellectual centre that Tetuan had become by the beginning of the 19th century. Among his descendants are the famous Ghumari brothers.

Mohamed Fouad Aresmouk completed his degree in Islamic Studies and Arabic at Qadi Ayyad University in Marrakesh. He is the author of Al-Rashad Fi Zabdati Al-Awrad.

Michael Abdurrahman Fitzgerald has assisted in the research and annotation for a number of works and is the cotranslator of The Invocation of God.

“As for God’s words Full of spreading branches, these allude to the many types of knowledge, tastes, mysteries, and lights to be found in those two gardens, as well as to the differing spiritual insights which arise from the ocean of mysteries. Therein, for each one, are two springs flowing forth, one with the teachings of the Revealed Law, ethics, and comportment befitting servanthood, and the other with the teachings of the esoteric truth, the Way, and the monotheism of the elect (al-tawhid al-khass). Therein of every fruit of spiritual experience (adhwaq) there is a pair, that is, two kinds: one which is constant and unchanging and the other which is renewed at each instant. We might also say there is a kind which pertains to the world of Divine Wisdom and another which pertains to the world of Divine Power, or one which pertains to the Essence and one which pertains to the Attributes; or one which arises from the sweetness of direct perception and one which arises from correct comportment.”

What makes this book special?

Al-Bahr al-Madid, from which this translation is an excerpt, is the only traditional Quranic commentary in existence which gives both exoteric exegesis and mystical “spiritual allusion” for each verse of the Sacred Book. Only one other work by the prolific 13th/18th century Moroccan mystic and scholar, Ahmad ibn ‘Ajiba, has so far been translated into English.