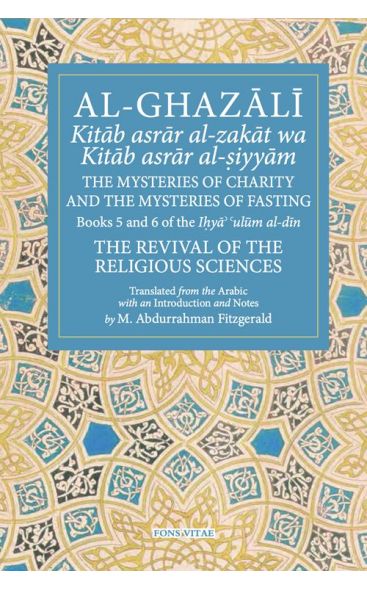 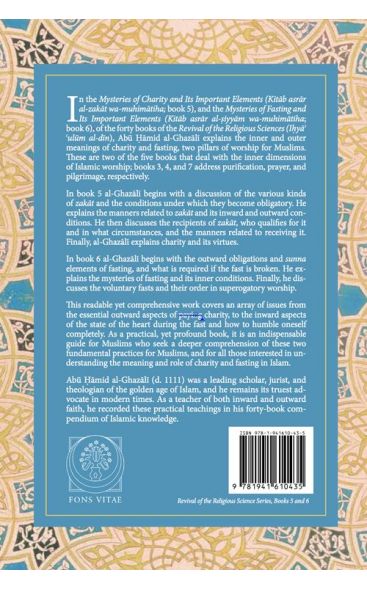 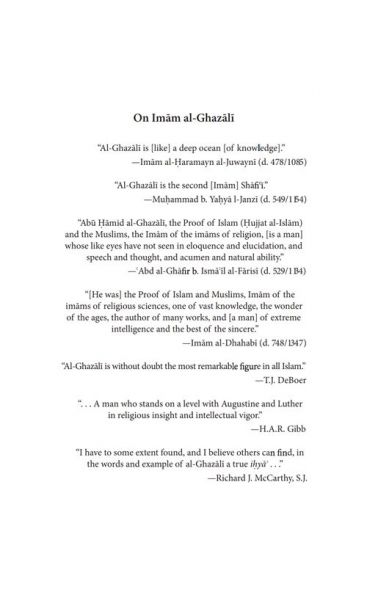 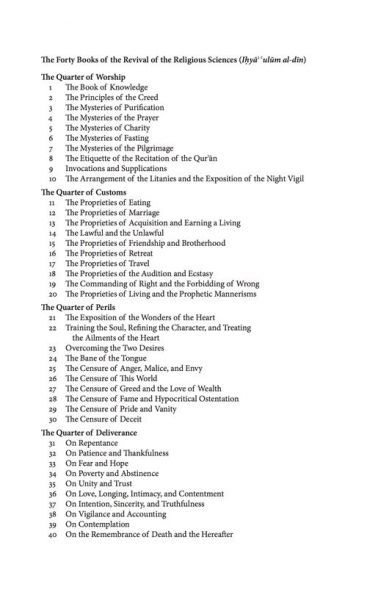 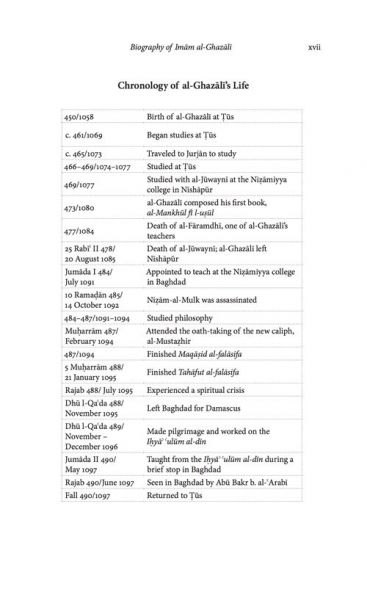 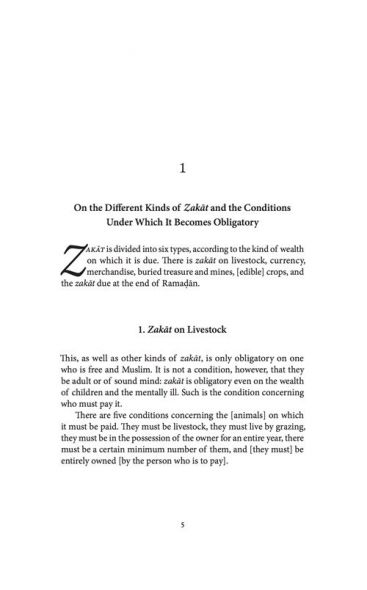 Kitab Asrar al-Zakat Wa Kitab Asrar al-Siyyam: The mysteries of charity and the mysteries of fasting - Books 5 and 6 of the Ihya Ulum al-Din - The revival of the religious sciences. Translated from the Arabic with an introduction and notes by M. Abdurrahman Fitzgerald.

In the Mysteries of Charity and Its Important Elements (Kitāb asrār al‑zakāt wa-muhimātiha; book 5), and the Mysteries of Fasting and Its Important Elements (Kitāb asrār al-ṣiyyām wa-muhimātiha; book 6), of the forty books of the Revival of the Religious Sciences (Iḥyāʾ ʿulūm al-dīn), Abū Ḥāmid al-Ghazālī explains the inner and outer meanings of charity and fasting, two pillars of worship for Muslims. These are two of the five books that deal with the inner dimensions of Islamic worship; books 3, 4, and 7 address purification, prayer, and pilgrimage, respectively.

In book 5 al-Ghazālī begins with a discussion of the various kinds of zakāt and the conditions under which they become obligatory. He explains the manners related to zakāt and its inward and outward conditions. He then discusses the recipients of zakāt, who qualifies for it and in what circumstances, and the manners related to receiving it. Finally, al-Ghazālī explains charity and its virtues.

In book 6 al-Ghazālī begins with the outward obligations and sunnah elements of fasting, and what is required if the fast is broken. He explains the mysteries of fasting and its inner conditions. Finally, he discusses the voluntary fasts and their order in supererogatory worship.

This readable yet comprehensive work covers an array of issues from the essential outward aspects of paying charity, to the inward aspects of the state of the heart during the fast and how to humble oneself completely. As a practical, yet profound book, it is an indispensable guide for Muslims who seek a deeper comprehension of these two fundamental practices for Muslims, and for all those interested in understanding the meaning and role of charity and fasting in Islam.

M. Abdurrahman Fitzgerald is the director of the Center for Language and Culture, Marrakesh. He has been involved in education and the study of Arabic, Islam, and Sufism for the past thirty years. He co-translated Ibn al-Qayyim on the Invocation of God worked on the editing and annotation of Denys Johnson-Davies’s translation of al-Ghazali’s Kitab adab al-akl, and on Dr. Kenneth Honerkamp’s edition of al-Rasa’il al-kubra by Ibn ‘Abbad.