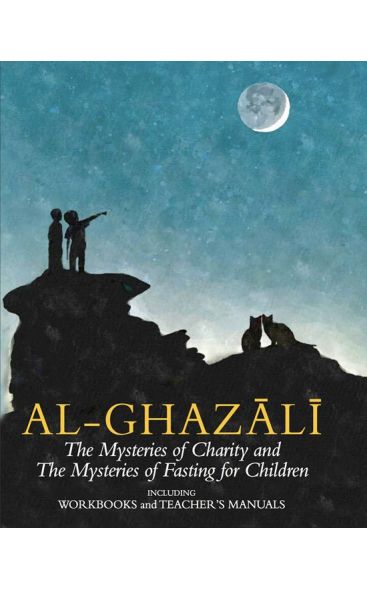 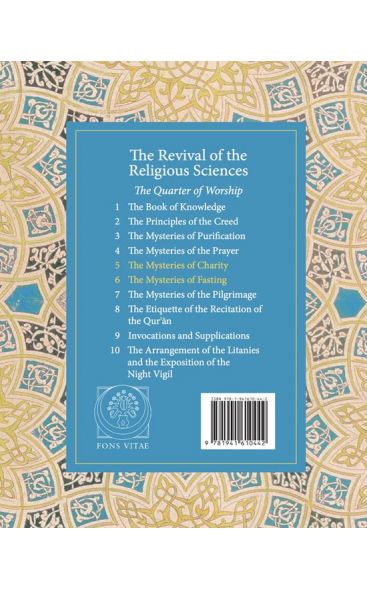 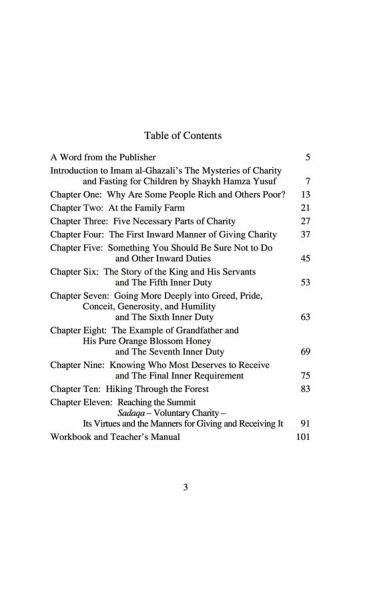 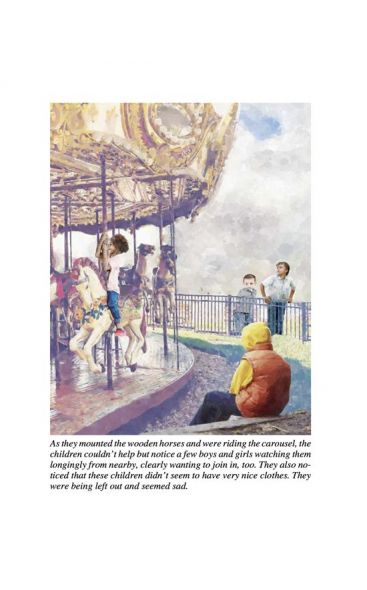 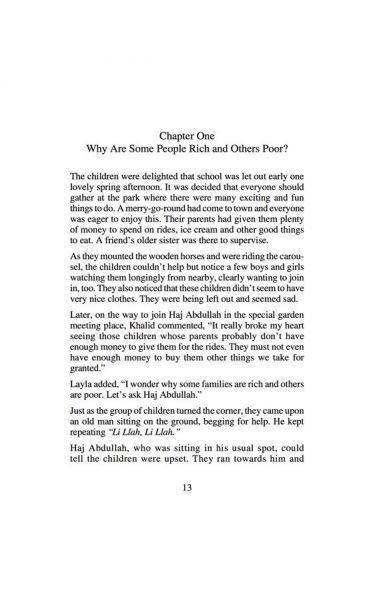 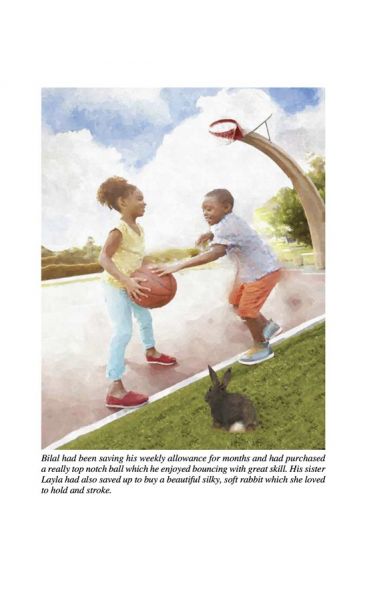 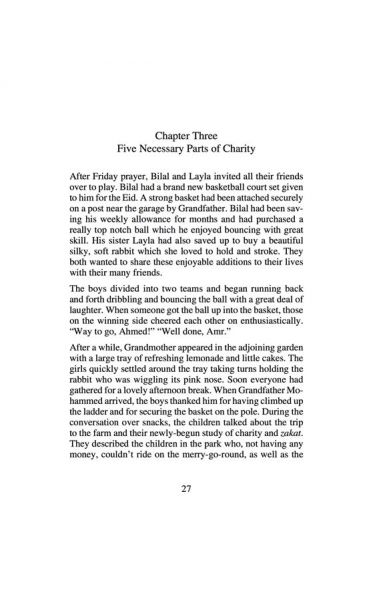 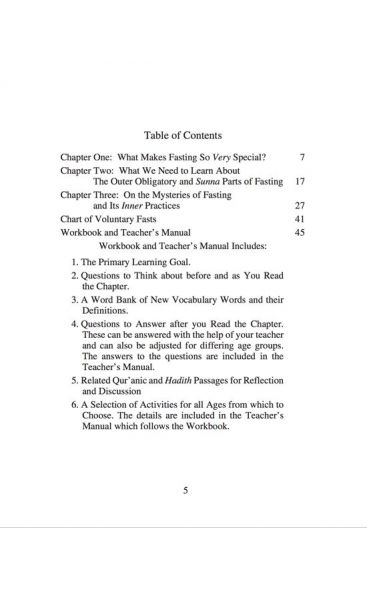 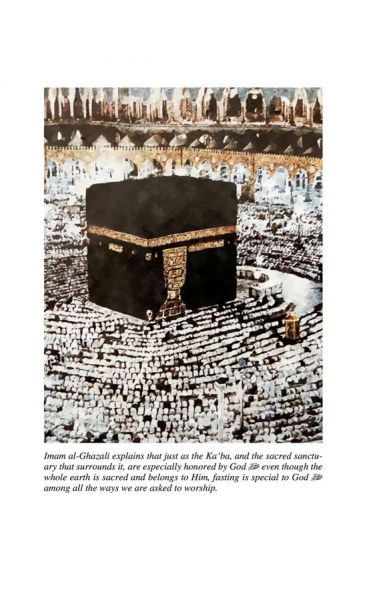 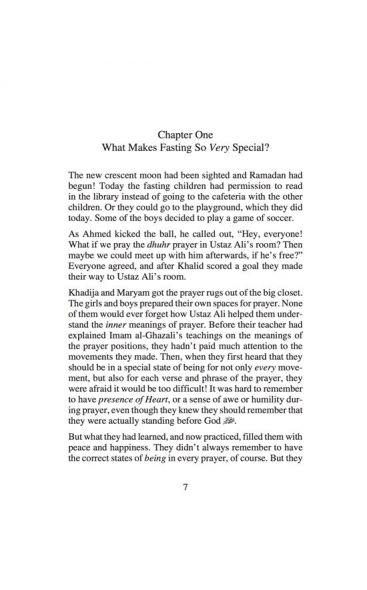 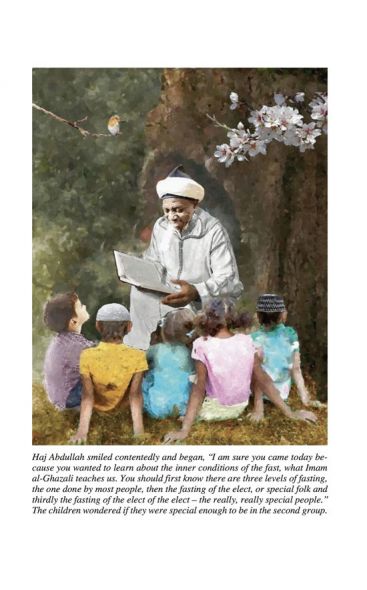 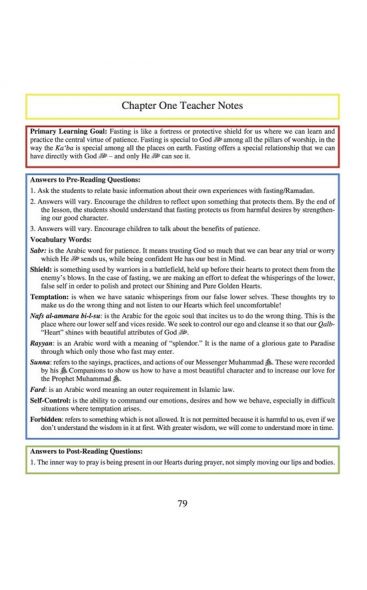 Understanding the spiritual meanings on which the practices of Islam are based, opens up the vastness of the inner life.

Understanding the spiritual meanings on which the practices of Islam are based, opens up the vastness of the inner life. Even though young Muslim children are not yet obliged to fast or pay zakat, the virtues and spiritual dimensions on which these are based can easily be introduced and comprehended even by five-year olds. Imam al-Ghazali’s stories and metaphors offer an effective way for parents to communicate with their children, in a language which can be used and directly related to the occurrences within everyday life.

In the following two books of the Ihya, such virtues as generosity, gratitude, selflessness, reflection, self-discipline, patience, honesty, moderation, and trust in God’s loving wisdom are no longer abstract concepts but can be clearly seen instead as urgent and absolutely relative to each individual. We are indeed blessed to have Imam al-Ghazali’s systematic presentation of aspects belonging to the inner sunna and his detailed map for guarding and perfecting our innate and noble nature.

There are workbook activities and review questions included for all ages including parents and teachers. Some can be read and explained to smaller children which will help them get acquainted with the many components of charity and fasting before they reach the age when it becomes required. For small children there are also opportunities to draw. Some of the captivating activities in the curriculum for each chapter are perfect for younger children and there are others that are easily adaptable.