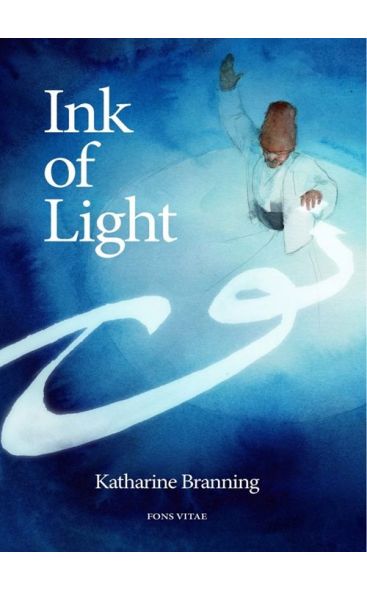 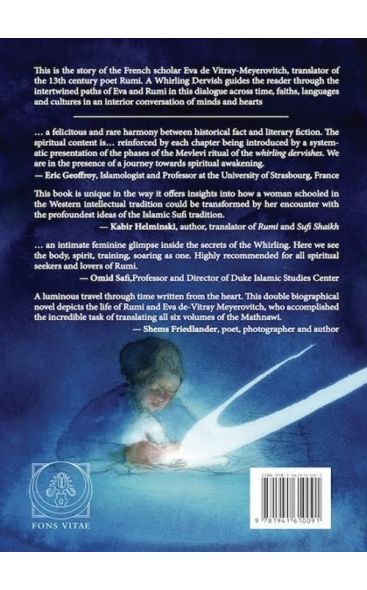 The book is structured in 12 chapters, each introduced by a description of the successive steps of the sema ceremony. There are 12 parts to the sema dance of the Whirling Dervishes, the dervish group founded by the followers of Mevlana. The progression of the 12 parts of this ceremony mirrors the stages of the life of EVM. Each sema section is described at the beginning of a chapter to enhance the feeling of ritual in the book and how it feeds into her itinerary. In addition, readers will come to understand that the sema is not just a dance done for tourists, but a religious service of great ceremony and beauty.

Jelaleddin Rumi, Konya, Turkey, in the 1250’s: a teacher following his charismatic scholar father, studying and learning all he could in the cosmopolitan court of the Seljuk Empire.

Everything would appear to separate them on the surface: One was French, the other a Persian transplanted to Turkey; one was born a Christian woman in the modern era, the other a Muslim man in the Middle Ages. Yet, much united them at the same time: both were teachers and seekers of truth who communicated in the universal language of compassion and love. Each experienced a chance encounter which changed their lives and united them thereafter in spiritual and intellectual complicity.

Their dialogue across languages and cultures is related here in a series of imaginary conversations that Eva de Vitray-Meyerovitch holds with Mevlana, recalling her life story and his influence upon it. The phases of her life – childhood, university studies, marriage, war years, discovery of Islam, teaching career, travels, public advocacy, mentorship and translation projects – all surprisingly mirror the trajectory of Mevlana’s own life 700 years earlier. Both believed in the existence of a world without hate, violence, borders or revenge; a world of peace and equality where all could meet in a field of diversity and respect.

Each conversation is preceded by a description of one of the 12 successive parts of the sema, the world-famous whirling ceremony of the dervishes of the Mevlevi Sufi order founded by the son of Mevlana. These segments not only provide insight on the details of this moving ritual of moving meditation, but also set the rhythm for the mutual itinerary of Mevlana and Eva de Vitray-Meyerovitch.

So come; let us follow the lead of the humble dervish ready to begin the sema dance of this whirling prayer of life known as Sufism.

Katharine Branning, MLS, is Vice-President of the French Institute Alliance Française in New York City, where she serves as the Director of FIAF’s Library. For her work promoting the French language and culture through the creation of numerous libraries in both France and the United States, she was awarded the Ordre National du Mérite from the President of France in 2006, one of the nation’s highest honors.

As an independent researcher, she has conducted annual field work relative to architecture and decorative arts in Turkey. She is the author of the essay collection Yes, I Would Love Another Glass of Tea and the historical novel Moon Queen. She lives in New York City and Tokat, Turkey.