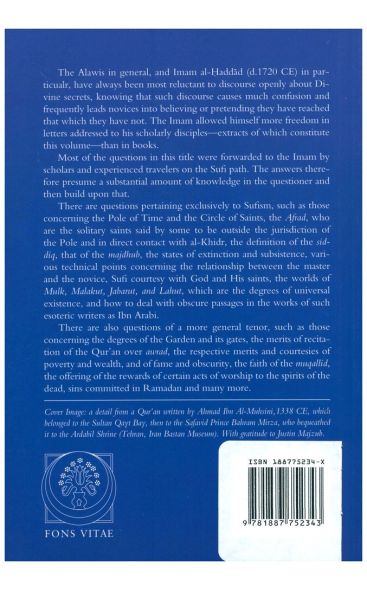 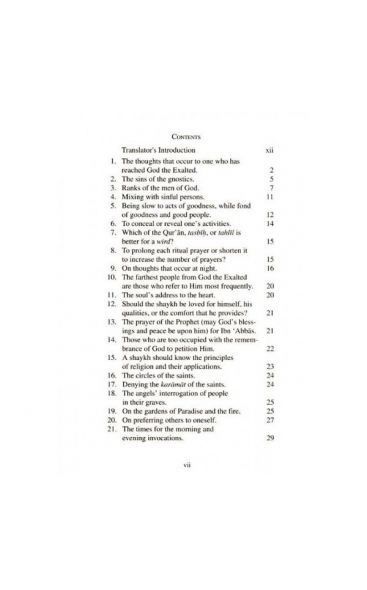 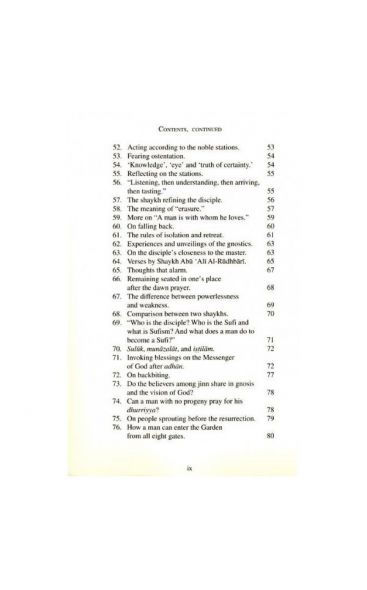 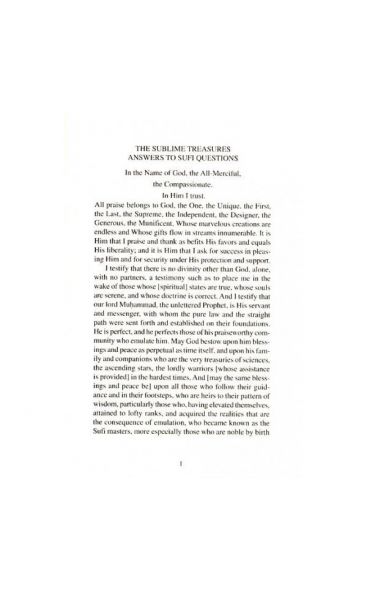 Islam: The Freedom To Serve

As the newest part of the Imam Al-Haddad Spiritual Masters Series- The Sublime Treasures is an important work in the field of Islamic spirituality.

This volume contains Imam Al-Haddad's answers to letters he received posing questions on easily confusing and subtle Sufi matters, presented in Imam Haddad's inimitable style of succinct clarity. Included are questions pertaining exclusively to Sufism, such as those concerning the Pole of Time and the Circle of Saints, the Afrad- who are the solitary saints said by some to be outside the jurisdiction of the Pole and in direct contact with al-Khidr, the definition of the siddiq, that of the majdhub, the states of extinction and subsistence, various technical points concerning the relationship between the master and the novice, Sufi courtesy with God and His saints, the worlds of Mulk, Malakut, Jabarut, and Lahut, which are the degrees of universal existence, and how to deal with obscure passages in the works of such esoteric writers as Ibn Arabi. There are also questions of a more general tenor, such as those concerning the degrees of the Garden and its gates, the merits of recitation of the Qur'an over awrad, the respective merits and courtesies of poverty and wealth, and of fame and obscurity, the offering of the rewards of certain acts of worship to the spirits of the dead, sins committed in Ramadan when devils are shackled, and the causes of the civil wars that Ali ibn Abi-Talib was forced to wage.

It will be noticed how the Imam curtly sweeps aside anything that has no direct bearing on the traveler's path. Questions devoid of practical value are pitilessly dismissed in a summary manner and the reader is firmly reoriented to what is of immediate benefit to him. Sufi masters have always been most reluctant to discourse openly about Divine secrets, knowing that such discourse causes much confusion and frequently leads novices into believing or pretending they have reached that which they have not. The Imam, however, allowed himself more freedom in letters addressed to his scholarly disciples- extracts of which constitute this volume- than in books.