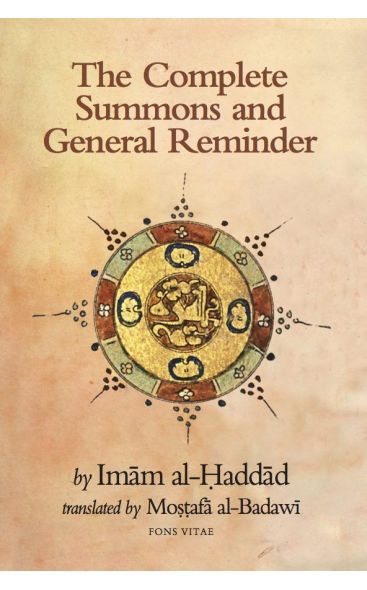 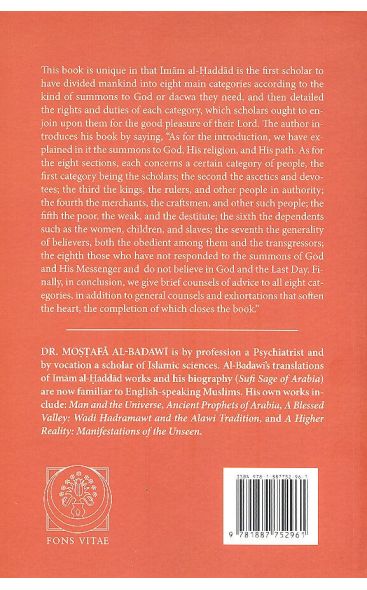 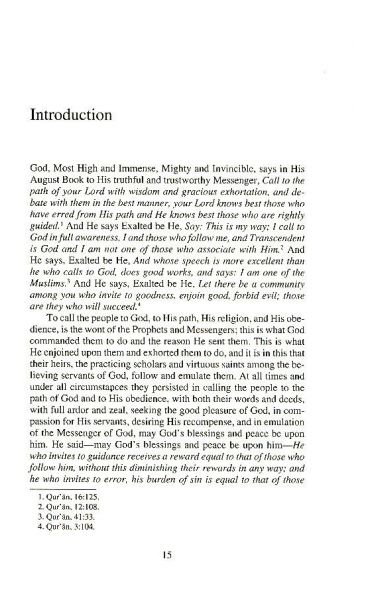 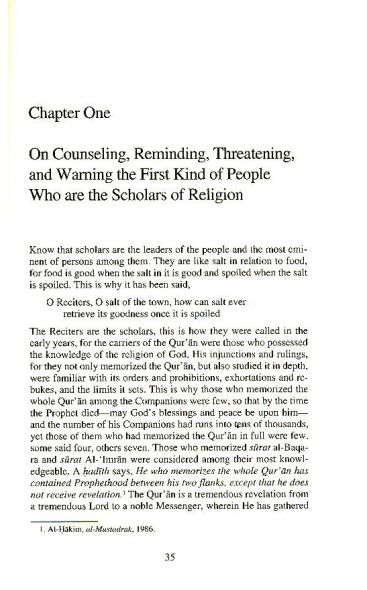 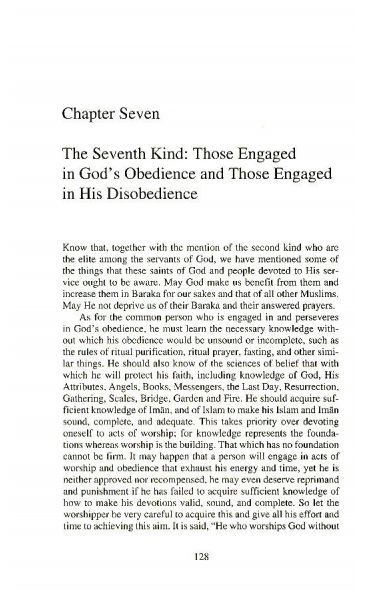 The Complete Summons and General Reminder

This book is unique in that Imam al-Haddad is the first scholar to have divided mankind into eight main categories according to the kind of summons to God or dacwa they need.

This book is unique in that Imam al-Haddad is the first scholar to have divided mankind into eight main categories according to the kind of summons to God or dacwa they need, and then detailed the rights and duties of each category, which scholars ought to enjoin upon them for the good pleasure of their Lord. The author introduces his book by saying, “As for the introduction, we have explained in it the summons to God, His religion, and His path. As for the eight sections, each concerns a certain category of people, the first category being the scholars; the second the ascetics and devotees; the third the kings, the rulers, and other people in authority; the fourth the merchants, the craftsmen, and other such people; the fifth the poor, the weak, and the destitute; the sixth the dependents such as the women, children, and slaves; the seventh the generality of believers, both the obedient among them and the transgressors; the eighth those who have not responded to the summons of God and His Messenger and do not believe in God and the Last Day. Finally, in conclusion, we give brief counsels of advice to all eight categories, in addition to general counsels and exhortations that soften the heart, the completion of which closes the book.