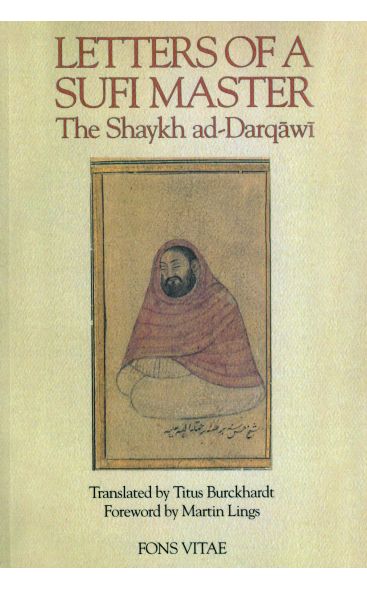 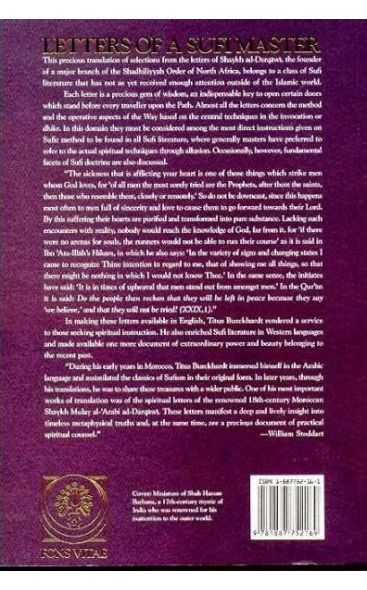 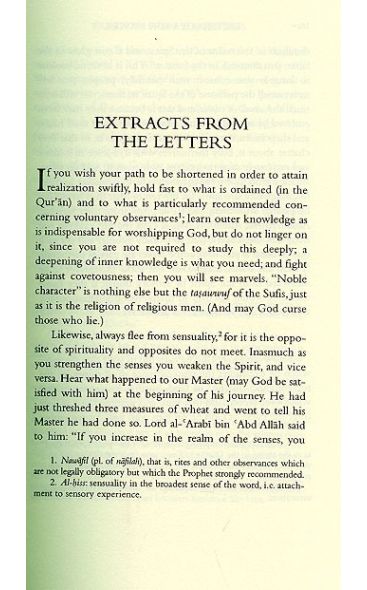 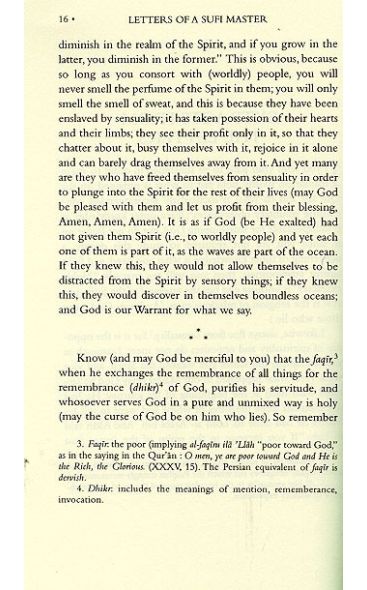 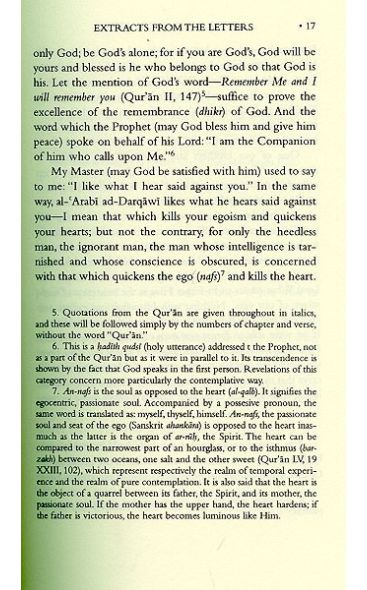 Letters of a Sufi Master: The Shaykh Ad-Darqawi

In this precious translation of selections from the letters of Shaikh ad-Darqawi, each letter is a precious gem of wisdom, an indispensable key to open certain doors which stand before every traveler upon the Path.

This precious translation of selections from the letters of Shaikh ad-, the founder of a major branch of the Shadhiliyyah Order in North Africa in the 13th/19th century, belongs to a class of Sufi literature that has not as yet received enough attention outside of the Islamic world.

Each letter is a precious gem of wisdom, an indispensable key to open certain doors which stand before every traveler upon the Path. Almost all the letters concern the method and the operative aspects of the Way based on the central techniques of the invocation or dhikr.

In this  they must be considered among the most direct instructions given on  to be found in all Sufi literature, where generally masters have preferred to refer to the actual spiritual techniques through allusion. Occasionally, however, fundamental facets of Sufi doctrine are also discussed.

"The sickness that is afflicting your heart is one of those things which strike men whom God loves, for 'of all men, the most sorely tried are the Prophets, after them the saints, then those who resemble them, closely or remotely.' So do not be downcast, since this happens most often to men full of sincerity and love, to cause them to go forward towards their Lord.

By this suffering of their hearts are purified and transformed into pure substance. Lacking such encounters with reality, nobody would reach the knowledge of God, far from it, for 'if there were no arenas for souls, the runners would not be able to run their course' as it is said in Ibn 'Ata- Hikam, in which he also says: 'In the variety of signs and changing states I came to recognize Thine intention in regard to me, that of showing me all things, so that there might be nothing in which I would not know Thee.'

In the same sense, the initiates have said: 'It is in times of upheaval that men stand out from amongst men.' In the Koran it is said: Do the people then reckon that they will be left in peace because they say 'we believe,' and that they will not be tried? (XXIX,1)."

In making available these letters in English, Titus Burckhardt has rendered a service to those seeking spiritual instruction. He has also enriched Sufi literature in Western languages and made available one more document of extraordinary power and beauty belonging to the recent past.

"During his early years in Morocco, Titus Burckhardt immersed himself in the Arabic language and assimilated the classics of Sufism in their original form. In later years, through his translations, he was to share these treasures with a wider public. One of his most important works of translation was of the spiritual letters of the renowned 18th-century Moroccan Shaikh Mulay al-'Arabi ad-Darqawi. These letters manifest a deep and lively insight into timeless metaphysical truths and, at the same time, are a precious document of practical spiritual counsel."

Abu Abdullah Muhammad al-Arabi al-Darqawi (1760–1823) was a Moroccan Sufi leader of the Shadhili tariqa and the author of letters concerning the dhikr he preached and instructions for daily life. He stressed non-involvement in worldly affairs (Dunya) and spoke against other Sufi orders exploiting claims of barakah (blessings).He was imprisoned by the Moroccan ruler Mulay Slimane (r. 1792–1822) for supporting revolts against the throne but was released by Abderrahmane (r. 1822–1859).

A branch of the Shadhili order, the Darqawa, was organized around his teachings after his death, with members coming from a wide range of social groups. Though the Darqawa was once the most important tariqah in Morocco, its power waned as it spread throughout North Africa.Al- was descended from a Hasanid/Idrissid  family that lived among the Beni Zerwal Berbers, in the hills to the north-east of Fez. His tomb is in the Zawiya Beni Brih also in the Rif.

Martin Lings (Preface) (1909–2005), also known as Abu Bakr Siraj ad-Din, was an English writer, a student of Frithjof Schuon and a renowned British Shakespearean scholar, with degrees in English and Arabic from London University and Oxford University. At Oxford, he studied English under C. S. Lewis, who later became a close friend. Lings taught at several European universities and the University of Cairo and served as the keeper of Oriental manuscripts for the British Museum and the British Library.

His friendship and similar beliefs with philosophers René Guénon and Frithjof Schuon inspired Lings to convert to Islam. He went on to become an influential member of Western Muslim society, participating in several international Islamic councils and conferences, including acting as a consultant to the World of Islam Festival Trust. He is the author of twelve books on religion and spirituality.

Titus Burckhardt (Ibrahim Izz al-Din after his Islamic name), a German-Swiss, was born in Florence, Italy in 1908 and died in Lausanne, Switzerland in 1984.He devoted all his life to the study and exposition of the different aspects of Wisdom tradition.

He was an eminent member of the "Traditionalist School" of twentieth-century authors. He was a frequent contributor to the journal Studies in Comparative Religion along with other prominent, members of the school.