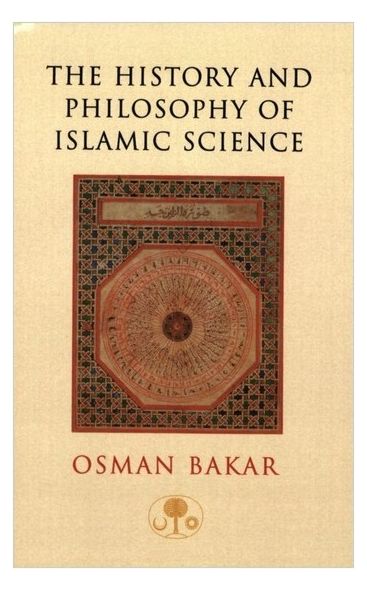 The History and Philosophy of Islamic Science

The essays presented in The History and Philosophy of Islamic Science discuss the principles behind the different sciences cultivated in the Islamic world from the third century of the Islamic era onwards and the place of science in relation to other branches of Islamic learning.

The Fathers and Sons of Deoband (Akabir Ulama e...

The essays presented History and Philosophy of Islamic Science discuss the principles behind the different sciences cultivated in the Islamic world from the third century of the Islamic era onwards and the place of science in relation to other branches of Islamic learning. In defining what Islamic science means, Professor Osman Bakar shows how these sciences are organically related to the fundamental teachings of Islam. Covering all the natural and mathematical sciences History and Philosophy of Islamic Science illustrates what Islamic science shares with modern science. Professor Osman Bakar also highlights where the Islamic approach to science differs from the secular, modern approach.

‘[Osman Bakar’s book] marks a most valuable contribution both to the effort of revealing the Islamic intellectual and spiritual approach to science, and to the concomitant endeavour to highlight the deeper causes of the contemporary crisis in western science and technology...it opens up, with clarity and simplicity, the philosophy of Islamic science.’Islamic Quarterly

Dr. Osman Bakar is a scholar, a teacher author whose writings are known throughout many Islamic countries and by Western scholars of Islam.

Dr. Bakar was born in Temerloh in the state of Pahang, Malaysia. He completed his undergraduate degree with Honors and an M.Sc. in Mathematics (specializing in Algebra) at London University. In 1981, Osman Bakar entered Temple University where he completed an M.A. in Comparative Religion and his Ph.D. in Philosophy of Science/Islamic Philosophy.

Osman Bakar served as the Deputy Vice Chancellor/Vice President of Academics and was the first holder of the Chair of the Philosophy of Science at the University of Malaya (Kuala Lumpur), a post he held until 2001. He is one of the founding members and has also served as President of the Islamic Academy of Science of Malaysia. His research interests include Southeast Asian Islam, particularly Malaysian-Indonesian Islam, contemporary Islamic thought, and religion and science in the Islamic context, both classical and modern.

Many of his essays have appeared in numerous journals, chapters in various books, and in encyclopedias. His books, Classification of Knowledge in Islam, Tawhid Science, and Civilizational Dialogue, among others, have been translated into Albanian, Arabic, Chinese, English, French, Indonesian, Persian, Spanish, Turkish, and Urdu. In 1994 he was awarded the honorary title of "Dato" by the Sultan of Pahang and by the King of Malaysia in 2000. Dr. Bakar has received additional recognition for his work, including the Fulbright Visiting Scholar at Harvard University. He has also served as a consultant to various agencies such as the United Nations and UNESCO.

Osman Bakar's essay "The Nature and Extent of Criticism of Evolutionary Theory" is included in the anthology Science and the Myth of Progress.

Tawhid: The Source of Scientific Spirit

Muslim religious consciousness is essentially the consciousness of the Unity of God. The scientific spirit is not opposed to this religious consciousness since it is an integral part of the latter. To possess a consciousness of Divine Unity is to affirm the truth that God is One in His Essence, in His Attributes and Qualities, and in His Works. One important consequence of affirming this central truth is that one has to accept the objective reality of cosmic unity. As a source of knowledge, religion is emphatic in maintaining that all things in the universe are interrelated in a web of cosmic unity through the cosmic laws governing them. The cosmos is made up of many levels of reality, not just the physical. But it constitutes a unity because it must manifest the oneness of its metaphysical source and origin religiously called God. In fact, the Quran strongly argues that cosmic unity is a clear proof of Divine Unity.

Muslims did not begin to cultivate the natural sciences in earnest until the third century of the Islamic era (the ninth century of the common era). But when they did so they were already in possession of a scientific attitude and a scientific frame of mind, which they had inherited from the religious sciences. The passion for truth and objectivity, the general respect for fully corroborated empirical evidence, and a mind skilled in the classification of things were some of the most outstanding features of early Muslim religious scholarship as can clearly be seen in their studies of jurisprudence and the prophetic traditions.

A love for definitions and conceptual or semantic analysis with great emphasis on logical clarity and precision was also very much evident in Muslim legal thought as well as in the sciences related to the study of various aspects of the Quran such as in the science of Quranic commentaries ( al-tafsir). In Islam, logic was never conceived as being opposed to religious faith. Even the grammarians, who initially opposed the introduction of Aristotelian logic () by philosophers like al-Farabi, did so on the belief that their Stoic-like juridical-theological logic, known as  al- (the art of argumentation), was already sufficient to meet their logical needs.

Among Muslim philosophers and scientists, logic was always viewed as an indispensable tool of scientific thinking. They also considered logic a form of hikmah(wisdom), a form of knowledge which is extolled by the Quran. In their use of logic, they were as much concerned with clarity and consistency as with truth and certitude. They were too aware of the fact that logic is a double-edged instrument which can serve both truth and error.

Logic was developed by Muslim philosophers and scientists within the framework of a religious consciousness of the Transcendent. In their view, logic, when used correctly and by an intellect that is not corrupted by the lower passions, may lead one to the Transcendent itself.’ An obvious function of logic in relation to religious truths is to help explain their rationality and clarify their overall consistency in the face of outward appearances of incoherence and contradiction.

Some philosopher-scientists, such as al-Farabi, wrote works which sought to demonstrate that Aristotelian logic found strong scriptural support in the Quran and the prophetic hadiths.When a religious scholar of the stature of al-Ghazzali wrote a work with a similar purpose, and with full conviction embraced Aristotelian logic in its entirety, the last significant traces of opposition to that logic from the religious quarters disappeared.Mantiqin its Islamic home became an important tool not only of the philosophical sciences but also of the religious sciences.

It is indeed significant that al-Burhan, the term used in Muslim logic to denote the scientific method of demonstration or demonstrative proof, is derived from one of the names of the Quran. According to al-Ghazzali, the Quranic term al-, usually translated as the balance, refers, among other things, to logic. Logic is the balance with which man weighs ideas and opinions to arrive at the correct measurement or judgment.