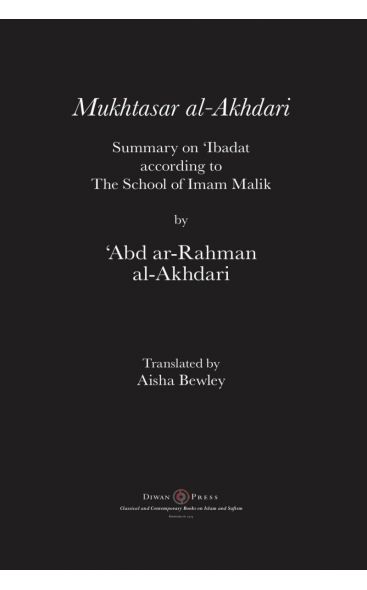 Mukhtasar al-Akhdari: Summary on 'Ibadat according to the School of Imam Malik

This text is widely regarded as the basic entry point to Maliki fiqh.

"The prayer has an immense light by which the hearts of those who pray shine, and is only obtained by those who have inner humility.

"When you go to the prayer, you should empty your heart of this world and what it contains and occupy yourself with watchfulness of our Master for whose sake you pray."

This text is widely regarded as the basic entry point to Maliki fiqh.