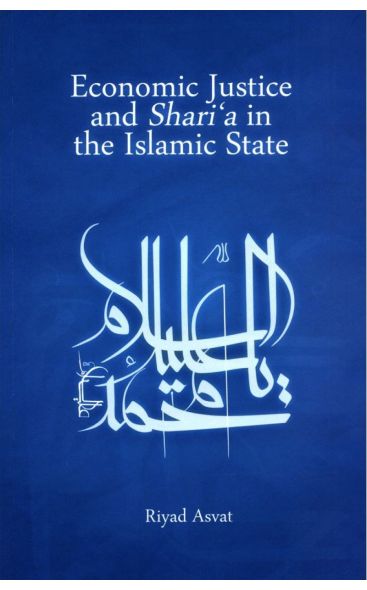 Economic Justice and Shari’a in the Islamic State

This book describes the Madinan model for correct governance established by the Prophet Muhammad, may Allah bless him and grant him peace.

This book describes the Madinan model for correct governance established by the Prophet Muhammad, may Allah bless him and grant him peace. Islamic governance is nomocratic (law-based), that is, based on Qur’anic law as understood and practiced by the Prophet Muhammad, may Allah bless him and grant him peace, and his Companions. Islamic governance, therefore, cannot be categorized as theocratic, democratic, autocratic, oligarchic, or timocratic. The legitimacy of a government is dependent on its execution of justice. Government has to accomplish justice, fairness, equity, fair-mindedness, rightness, and correctness. Since governing, that is the exercise of political power, is primarily associated with the production, distribution and consumption of resources, the circulation of wealth is guaranteed by the shari‘a (Islamic law) and is the rationale for the existence of governance itself. Islamic law promotes the circulation of wealth and inhibits its stagnation. Accumulation of wealth in the hands of a few invariably leads to oligarchy, something that neither capitalism nor communism has been able to avoid.

Of importance to the circulation of wealth is the obligation to pay zakat and of particular significance to the stagnation of wealth is the prohibition of banking and riba (usury). The economic implications of zakat are enormously significant for contemporary society. Firstly, zakat has to be assessed and taken by zakat-collectors. Secondly, it has to be paid with commodities such as gold, silver, salt, leather, or anything with intrinsic value. It cannot be paid with currencies that are generated out of debt and enforced by government fiat. Thirdly zakat has to be paid on wealth that is earned in a halal (lawful in shari‘a) way. It is the duty of the muhtasib (the official appointed by the leader of the Muslims) to determine which economic activity is acceptable as halal. The civil and municipal duties of the muhtasib with regards to trade and commerce included the maintenance of the markets; free access to public thoroughfares; public safety and hygiene; contamination of foodstuffs; pollution; supervision of trading practices; control of weights and measures; coinage; the monitoring of fraudulent transactions, unlawful sales and collusion; and elimination of riba (usury) in all its guises. The muhtasib has to see to it that illegal and fraudulent sales/transactions were punished.

This book also examines the socio-economic and political institutions that developed from the Madinan model in subsequent Islamic history such as the caliphate, the wazirate (vizierate), the judiciary, the bayt al-mal (the treasury), hisba (administration of the city), the mint, the suq (market), the awqaf (charitable endowments), the asnaf (guilds), the shurta (police), and the army (jaysh). These institutions, regulated by Islamic law, provided the means by which Muslim societies functioned.