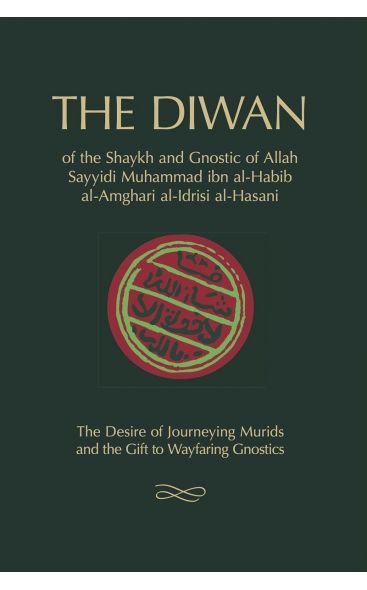 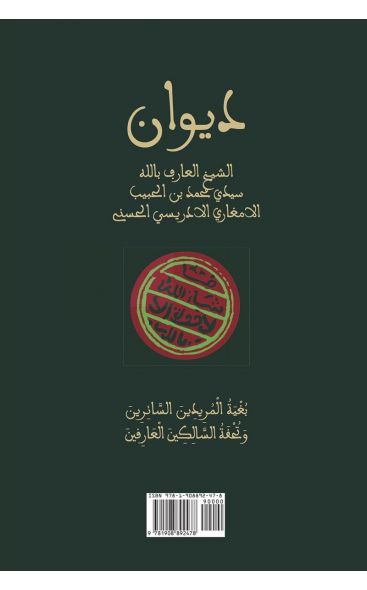 The Diwan of the Shaykh and Gnostic of Allah Sayyidi Muhammad ibn al-Habib al-Amghari al-Idrisi al-Hasani is here made available in the first ever complete Arabic-English edition of the full Diwan. It comprises the author's own sublime introduction to the Shadhili Darqawi path, his noble Wird and collection of qasidas, extra qasidas written in commentary on the Diwan by the author himself and some of his most eminent students, some qasidas from the Diwans of Shaykh al-Fayturi and from the current head of the order, Shaykh Muhammad Murtada al-Boumas-houli as well as the latter's preface.

The Diwan of Shaykh Muhammad ibn al-Habib has long been famous among the Sufis for its balance between poems expressing direct spiritual experience and those in instruction on travelling the path.

Shaykh Muhammad ibn al-Habib, may Allah be pleased with him, was born circa 1290/1871 in Fez. He received a traditional education in fiqh and the sciences of Islam, Iman and Ihsan. He was Maliki in fiqh, Ash’ari in ‘aqida and Darqawi-Shadhili in tariqa. Describing himself, he said:

“Allah, may He be exalted said: ‘As for the blessing of your Lord – declare it.’ So let Muhammad ibn al-Habib, al-Amghari al-Hasani by lineage, dwelling in Fez, the poor slave of his Master, yet enriched by Him with other-than-Him, declare, in speaking of Allah’s blessing, that idhn (authorisation) has come to him from Allah and the Messenger of Allah and all the awliya’ of Allah, and that Allah has singled him out with sciences and secrets which only the unique man of Muhammad possesses.”