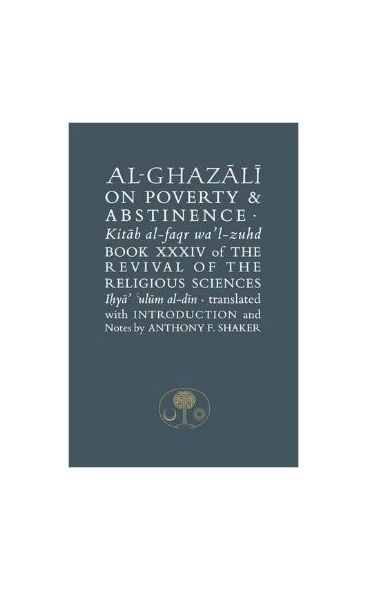 Al-Ghazali on Poverty and Abstinence

The Book of Poverty and Abstinence is the thirty-fourth chapter of The Revival of the Sciences. It falls in the section dealing with the virtues. Ghazali gives definitions of what real poverty and abstinence should be and how the poor should conduct themselves.

The Means of the Devout to the Ratib Al Haddad:...

The Book of Poverty and Abstinence is the thirty-fourth chapter of The Revival of the Sciences. It falls in the section dealing with the virtues. Ghazali gives definitions of what real poverty and abstinence should be and how the poor should conduct themselves. He goes on to describe poverty that has no virtue and which is based on greed and love of the world. For Ghazali, the virtues of real poverty and abstinence are closely linked with patience, contentment, lack of worldliness, asceticism, trust and surrender to God.

Imam Abu Hamid Muhammad al-Ghazali (450/1058-505/1111) is widely known by the honorific, 'the Sultan of the Saints () of Allah'. In the history of the Saints of Islam, Shaikh Abd al-Qadir stands out as being unique, in the broad scope of perfection that includes his lineage, his complete development, piety, knowledge of the religion and adherence to the Sacred Law (Sharia), his intimate and direct knowledge of the Divine, and his establishment by the Lord of All the Worlds at the level of Reality (Haqiqa). Shaikh 'Abd al-Qadir lived almost a thousand years ago, but his words transcend the time and place in which they were recorded to span the centuries without difficulty.

Despite his glittering success, he was inwardly dissatisfied, so he abandoned his career for the life of hardship, abstinence, and devotion to worship. During ten years of wandering, he experienced a spiritual transformation, in which the Truth came to him at last, as something received rather than acquired.