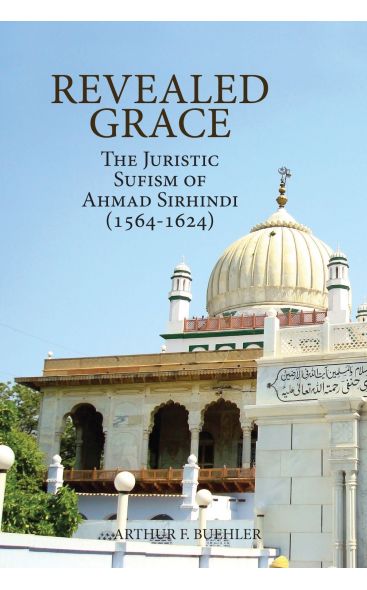 The Letters of Shaykh Ahmad Sirhindi are widely recognized as a remarkable and influential storehouse of Sufi experience and reflection. Arthur Buehler’s meticulous translation and explanation of these important yet difficult texts is a major contribution to the study of Islamic mysticism.

Ahmad Sirhindi (d. 1624 in northern India), the most important sufi of the 16th century, is the founder-figure of the renowned Naqshbandi-Mujaddidi sufi lineage. His principal teachings are contained in his 1263-page Collected Letters, which are written mostly in Persian.

There are few other sufi texts on a pan-Islamic level that have had and continue to have such a lasting impact on Muslims in the eastern Islamic world. Buehler’s translation is the first time that entire letters of Sirhindi’s Collected Letters have been translated into English.

Now the English-speaking world has access to the spiritual experiences and contemplative practices of a great sufi, whose spiritual descendants make the Naqshbandiyya-Mujaddidiyya one of the most influential sufi lineages in the contemporary world.

Imam Rabbani Shaykh Ahmad al-Faruqi al-Sirhindi was an Indian Islamic scholar of Arab origin, a Hanafi jurist, and a prominent member of the Naqshbandī Sufi order. He has been described as the Mujaddid Alf Thani, meaning the "reviver of the second millennium", for his work in rejuvenating Islam and opposing the heterodoxies prevalent in the time of Mughal Emperor Akbar.While early South Asian scholarship credited him for contributing to conservative trends in Indian Islam, more recent works, notably by  Haar, Friedman, and Buehler, have pointed to Sirhindi's significant contributions to Sufi epistemology and practices.

Most of the Naqshbandi suborders today, such as the Mujaddidi, Khalidi, Saifi, Tahiri, Qasimiya and Haqqani sub-orders, trace their spiritual lineage through Sirhindi, often referring to themselves as "Naqshbandī-Mujaddidī".

Arthur F. Buehler is a senior lecturer in the religious studies program at Victoria University in New Zealand and a senior editor of the Journal of the History of Sufism. He is the author of "Rise of the Meditating Sufi Shayk" and "Sufi Heirs of the Prophet."

Buehler has achieved a groundbreaking translation of a substantial portion of Sirhindi’s Letters, a mystical and philosophical masterpiece that has to date remained largely inaccessible to a Western audience.  The work, masterfully introduced and meticulously annotated, is academically rigorous while yet taking seriously the author’s contemplative experiences, mapping the inner and cosmic landscape against which they emerge. — Marcia Hermansen, Director, Islamic World Studies Program, Loyola University The Letters of Shaykh Ahmad Sirhindi are widely recognized as a remarkable and influential storehouse of Sufi experience and reflection. Arthur Buehler’s meticulous translation and explanation of these important yet difficult texts is a major contribution to the study of Islamic mysticism. — Carl W. Ernst, William R. Kenan, Jr., Distinguished Professor of Religious Studies, The University of North Carolina at Chapel Hill This selection of letters furnishes the contemporary reader with an unusually rare glimpse into the formidably vast, yet finely textured, lifeworld of a towering figure in the history of Sufism, one whose teachings resonated far beyond the South Asian ambit in which they were initially nurtured. Undeterred by the notoriously elliptical Indo-Persian prose of the Maktubat, Buehler’s judiciously selected and skilfully rendered translations make an important contribution to our understanding of this acclaimed “Renewer of the Second Millennium,” a contribution which in the spirit of Sirhindi himself cannot but lead one to reconsider much of what has come before.  — Erik S. Ohlander, Ph.D., Associate Professor of Religious Studies, Indiana University-Purdue University Fort Wayne