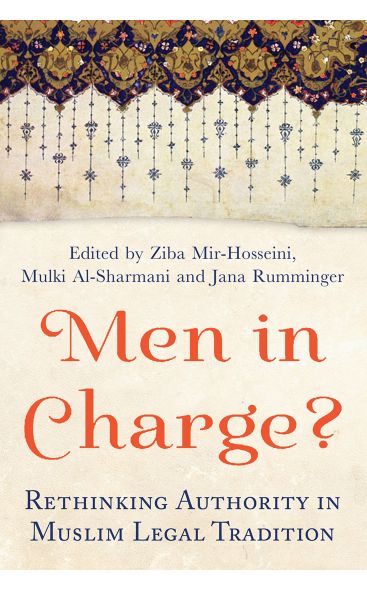 ‘A highly stimulating collection of pieces by notable scholars and activists ... Men in Charge? provides a complex and clearly articulated analyses of the problems with the dominant exegetical and juristic understandings of gender relations ... an extremely valuable contribution to the discourse on gender relations, equality, justice and women's rights in Islam and among Muslims.'

Both Muslims and non-Muslims see women in most Muslim countries as suffering from social, economic, and political discrimination, treated by law and society as second-class citizens subject to male authority. This discrimination is attributed to Islam and Islamic law, and since the late 19th century there has been a mass of literature tackling this issue.

Recently, exciting new feminist research has been challenging gender discrimination and male authority from within Islamic legal tradition: this book presents some important results from that research. The contributors all engage critically with two central juristic concepts; rooted in the Qur'an, they lie at the basis of this discrimination.

One refers to a husband's authority over his wife, his financial responsibility toward her, and his superior status and rights. The other is male family members' right and duty of guardianship over female members (e.g., fathers over daughters when entering into marriage contracts) and the privileging of fathers over mothers in guardianship rights over their children.

Note on Translation and Transliteration

Muslim Legal Tradition and the Challenge of Gender Equality

The Interpretive Legacy of Qiwamah as an Exegetical Construct

An Egalitarian Reading of the Concepts of Khilafah, Wilayah and Qiwamah

Islamic Law, Sufism and Gender: Rethinking the Terms of the Debate

Qiwamah and Wilayah as Legal Postulates in Muslim Family Laws

‘Men are the Protectors and Maintainers of Women…': Three Fatwas on Spousal Roles and Rights

Ziba Mir-Hosseini is a legal anthropologist. A professorial research associate at the Centre for Islamic and Middle Eastern Law, SOAS, University of London, she is founding member of Musawah: Global Movement for Equality in Muslim Family Laws, and the convenor of its knowledge-building initiative to rethink the notion of male authority in Muslim family laws.

Mulki Al-Sharmani is Academy of Finland research fellow and lecturer, Faculty of Theology, University of Helsinki, and research coordinator of the Musawah knowledge-building initiative to rethink the notion of male authority in Muslim family laws.

Jana Rumminger is currently based in Southeast Asia and works with Musawah, the global movement for equality and justice in the Muslim family. Her focus is on issues related to reform of Muslim family laws and implementation of the UN Convention on the Elimination of All Forms of Discrimination against Women (CEDAW).