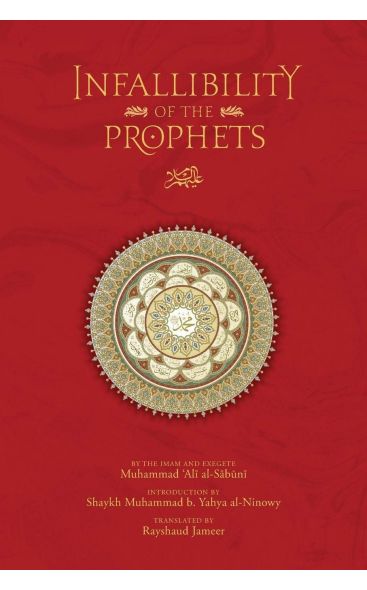 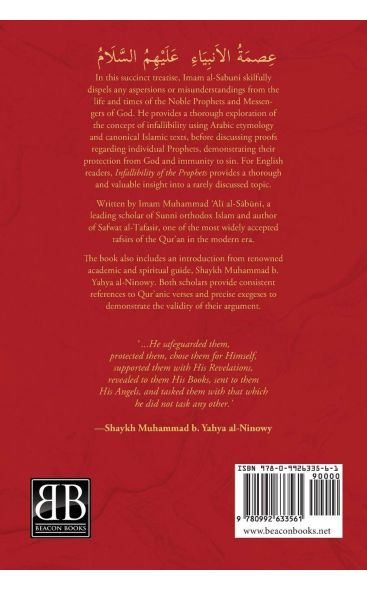 The Infallibility of the Prophets

In this succinct treatise, Imam al-Sabuni skilfully dispels any aspersions or misunderstandings from the life and times of the noble Prophets and Messengers of God. He provides a thorough exploration of the concept of infallibility using Arabic etymology and canonical Islamic texts, demonstrating their protection from God and immunity to sin.

In the Muslim community, the Prophets and Messengers are held in the highest regard as the pinnacle of God’s creation—the best of the best and sinless. Unfortunately, within the Muslim community, there are misunderstandings regarding the Prophets. Whether it be the famous movie about Islam entitled The Message or the self-titled television series which aired in 2012 about the life of ʿUmar b. al-Khattāb, many Muslims are not quite sure about how to approach the religiously-sensitive issue of depicting religious figures, particularly the Prophets.

Written by Imam Muhammad Ali Al-Sabuni, a leading scholar of Sunni orthodox Islam and author of Safwat al-Tafasir, one of the most widely accepted tafsirs of the Qur’an in the modern era.

The book also includes an introduction from renowned academic and spiritual guide, Shaykh Muhammad b. Yahya al-Ninowy. Both scholars provide consistent references to Qur’anic verses and precise exegeses to demonstrate the validity of their argument.

The Definition of Infallibility    17

Allah’s Protection for His Prophet Muhammad a since Childhood    20

Does Infallibility apply to Non-Prophets?    26

3.     Seemingly Unclear Matters about the Infallibility of Prophets

and their Invalidating Responses    33

Ten Proofs for the Infallibility of Yusuf e    56