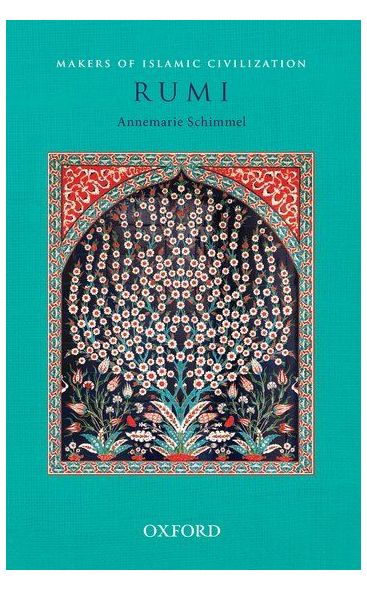 Jalaluddin Rumi (1207–1273) is the most famous exponent of the mystical tradition in Islam and venerated as 'Mevlana', 'our master'. The still flourishing Mevlevi order of dervishes, famous for their ecstatic music and dance, was organized by his eldest son on the basis of Rumi's teaching and practice.

Jalaluddin Rumi (1207–1273) is the most famous exponent of the mystical tradition in Islam and venerated as 'Mevlana', 'our master'. The still flourishing Mevlevi order of dervishes, famous for their ecstatic music and dance, was organized by his eldest son on the basis of Rumi's teaching and practice. He spent most of his life in Konya in Rum (modern Anatolia), whence the name 'Rumi'. His longest work, the Mathnavi, has held its reputation in the eastern lands of the Islamic world as the most recited and venerated text after the Qurʾan.

Echoes of the Muslim Scripture, and traces of Rumi's education as a traditional Muslim jurist or faqih, are apparent throughout his writings. The resurgence of interest in Rumi in the West has evolved into a cult, especially on American college campuses. As Schimmel explains, this cult does not do justice to the profound spiritual passion and insights of the Mathnavi and Rumi's Divan. In this concise, readable essay, she sketches the major landmarks in Rumi's life and the influences on it, the religious and cultural background of his poetic Sufism, the dominant strands of imagery, and the range of tone and anecdote that animate his spiritual world.

She explains why Rumi, as poet and mystic, must be understood in the Persian literary and the Islamic religious traditions to which he belonged. It is through those traditions that he experienced and expressed the Divine Love that the peoples of all faith traditions immediately recognize and affirm. The closing chapters review recent scholarship and translations of Rumi's works, in West and East, and answer the question 'What does Rumi mean to us in the modern world?'

Editor's note
Foreword
1. Life and work
2 Mevlana's poetical work
3 The religious foundations
4 Thoughts about God
5 Mevlana as teacher
6 The mysterium of love
7 What does Rumi's work mean to us?
8 Bibliographical information
Notes
Index

Annemarie Schimmel (1922–2002), author of over 50 books and numerous scholarly articles, was the leading authority on Islamic mysticism and literature in the Persian tradition. She published translations of Arabic, Persian, Urdu, Sindhi and Pashto poetry, as well as critical studies of major Sufis like Rumi, and modern authors like Iqbal. Her first translations (into German) were from the Divan of Rumi. Among some half a dozen books on Rumi, her most comprehensive (and frequently reprinted) is The Triumphal Sun: A Study of the Works of Jalaloddin Rumi (New York, 1993).

Paul Bergne (translator), former diplomat and founding director of The Oxford Society for the Caspian and Central Asia (TOSCCA).