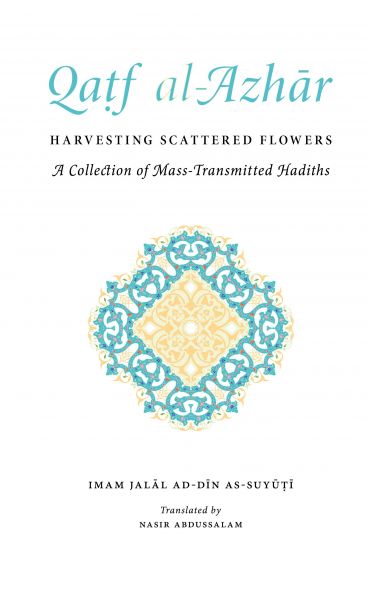 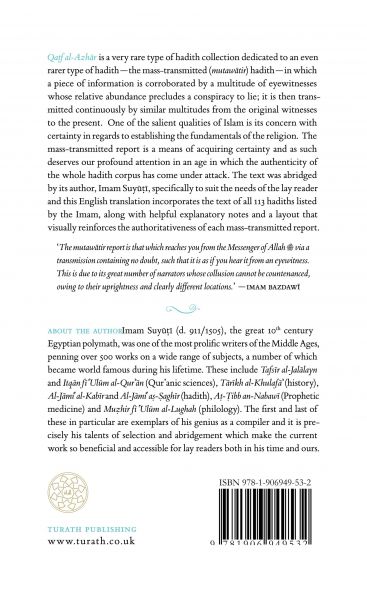 Qatf al-Azhar is a very rare type of hadith collection dedicated to an even rarer type of hadith — the mass-transmitted (mutawatir) hadith — in which a piece of information is corroborated by a multitude of eyewitnesses whose relative abundance precludes a conspiracy to lie.

O Mankind: A Pocketful of Gems from the Quran

Qatf al-Azhar is a very rare type of hadith collection dedicated to an even rarer type of hadith — the mass-transmitted (mutawatir) hadith — in which a piece of information is corroborated by a multitude of eyewitnesses whose relative abundance precludes a conspiracy to lie; it is then transmitted continuously by similar multitudes from the original witnesses to the present.

One of the salient qualities of Islam is its concern with certainty in regards to establishing the fundamentals of the religion. The mass-transmitted report is a means of acquiring certainty and as such deserves our profound attention in an age in which the authenticity of the whole hadith corpus has come under attack.

The text was abridged by its author, Imam Suyuti, specifically to suit the needs of the lay reader and this English translation incorporates the text of all 113 hadiths listed by the Imam, along with helpful explanatory notes and a layout that visually reinforces the authoritativeness of each mass-transmitted report.

‘The mutawātir report is that which reaches you from the Messenger of Allah ﷺ via a transmission containing no doubt, such that it is as if you hear it from an eyewitness. This is due to its great number of narrators whose collusion cannot be countenanced, owing to their uprightness and clearly different locations.’ Imam Bazdawī

The first and last of these in particular are exemplars of his genius as a compiler and it is precisely his talents of selection and abridgment which make the current work so beneficial and accessible for lay readers both in his time and ours.

Imam Jalal al-Din al-Misri al-Suyuti al-Shafi`i al-Ash`ari, also known as Ibn al-Asyuti  (849-911AH /1445-1505), the mujtahid imam and renewer of the tenth Islamic century, foremost Hadith master, encyclopaedist, historian, and biographer and probably one of the most prolific of all Islamic writers. There are an enormous number of his essays and treatises preserved today.

A number of his writings concerned scientific topics or issues related to natural science and food and regimen, amongst other things From Asyut in Egypt, he was among the most renowned and prolific Muslim scholars of all time. He wrote more than 300 books, covering every aspect of the Islamic sciences.

He memorized the Qur’an at the age of ‘eight, and then went on to study with more than 150 scholars. He traveled extensively in his quest for knowledge — to Damascus, Hijaz, Yemen, India, Morocco, and the lands south of Morocco, as well as in Egypt.