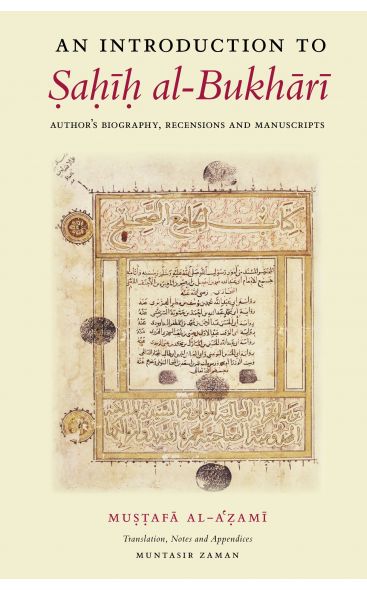 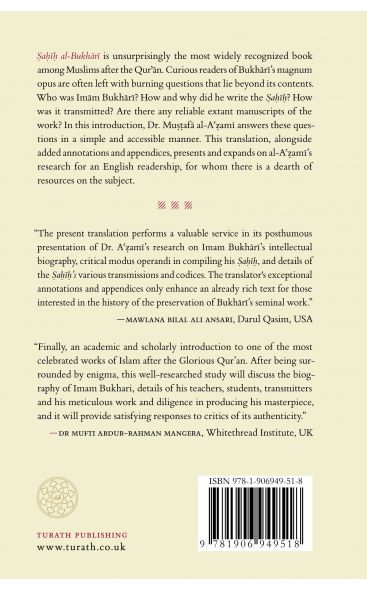 An Introduction to Sahih al-Bukhari: Author's Biography, Recensions and Manuscripts

Who was Imām Bukhārī? How and why did he write the Ṣaḥīḥ? How was it transmitted? Are there any reliable extant manuscripts of the work? In this introduction, Dr. Muṣṭafā al-Aʿẓamī answers these questions in a simple and accessible manner.

"This is a pre-order, book will ship in the second week of December 2020"

"This is a pre-order, book will ship in the second week of December 2020"

Ṣaḥīḥ al-Bukhārī is unsurprisingly the most widely recognized book among Muslims after the Qurʾān. Curious readers of Bukhārī’s magnum opus are often left with burning questions that lie beyond its contents.

In this introduction, Dr. Muṣṭafā al-Aʿẓamī answers these questions in a simple and accessible manner. This translation, alongside added annotations and appendices, presents and expands on al-Aʿẓamī’s research for an English readership, for whom there is a dearth of resources on the subject.

“The present translation performs a valuable service in its posthumous presentation of Dr. Aʿẓamī’s research on Imam Bukhārī’s intellectual biography, critical modus operandi in compiling his Ṣaḥīḥ, and details of the Ṣaḥīḥ’s various transmissions and codices. The translator’s exceptional annotations and appendices only enhance an already rich text for those interested in the history of the preservation of Bukhārī’s seminal work.”
—Mawlana Bilal Ali Ansari, Darul Qasim, USA

“Finally, an academic and scholarly introduction to one of the most celebrated works of Islam after the Glorious Qur’an. After being surrounded by enigma, this well-researched study will discuss the biography of Imam Bukhari, details of his teachers, students, transmitters and his meticulous work and diligence in producing his masterpiece, and it will provide satisfying responses to critics of its authenticity.”
—Dr Mufti Abdur-Rahman Mangera, Whitethread Institute, UK

Dr. Muhammad Mustafa al-Azami is Professor of Hadith Science at King Saud University, where he has taught since 1973. He obtained his Ph.D. in Islamic Studies from Cambridge University in 1967,and studied at al-Azhar University in Egypt and Dar-al-Ulum in India.

He is the author of numerous books and articles on early hadith. In 1980 he received the prestigious King Faisal Award for his research and presentations on the Sunna.