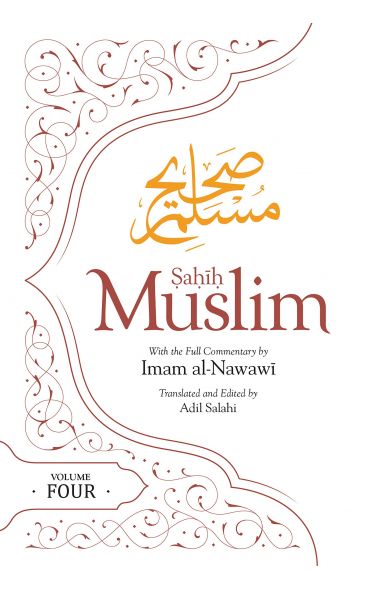 Accepted by every sunni school of thought, and foundational in the Shaafi school, this text, available for the first time in English, is famed throughout the Muslim world. After the Qur'an, the prophetic traditions are the most recognized source of wisdom in Islam. Amongst the collected Hadith, Sahih Muslim is second only to the collection of Imam Bukhari.

With a commentary by Imam Nawawi, whose other works are amongst the most widely-read books on Islam, and translated by Adil Salahi, a modern scholar of great acclaim, this immense work, finally available to English readers, is an essential addition to every Muslim library, and for anybody with an interest in Islamic thought.

Imam Muhyi ddin Abi Zakariyya Yahya ibn Sharaf al-Nawawi known simply as Imam Nawawi was Born in the village of Nawa in Southern Syria. He spent most of his life in Damascus where he lived in a simple manner, devoted to Allah, engaging single-mindedly in worship, study, writing, and teaching various Islamic sciences.

Imam Nawawi died at the young age of 44 years, leaving behind him numerous works of great efforts and knowledge.