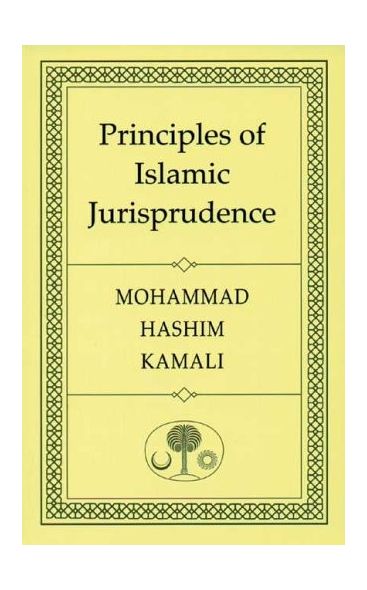 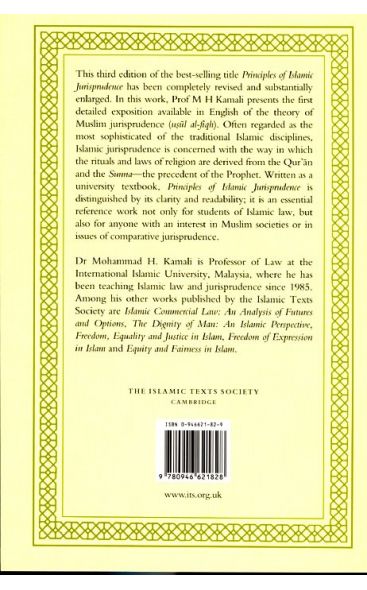 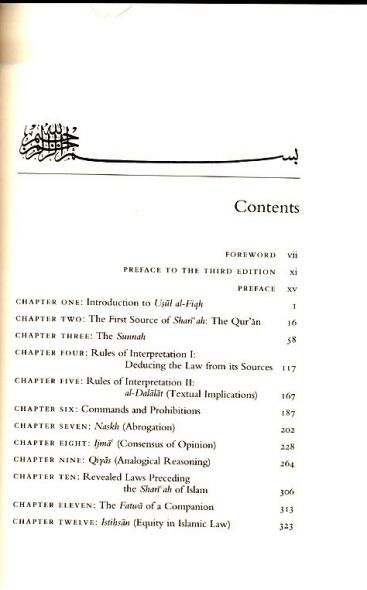 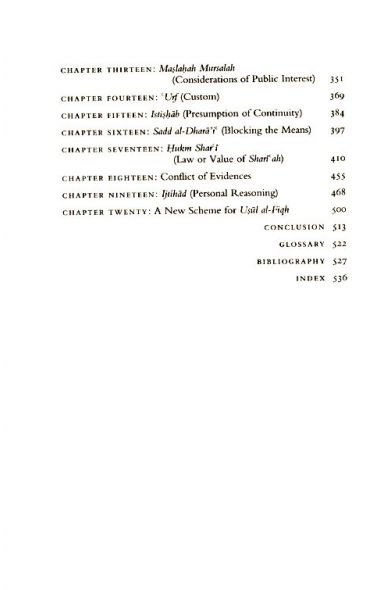 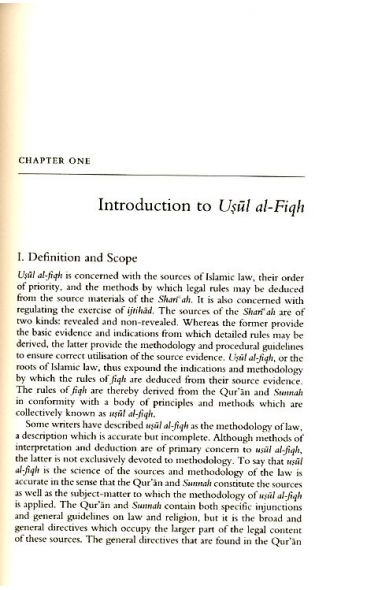 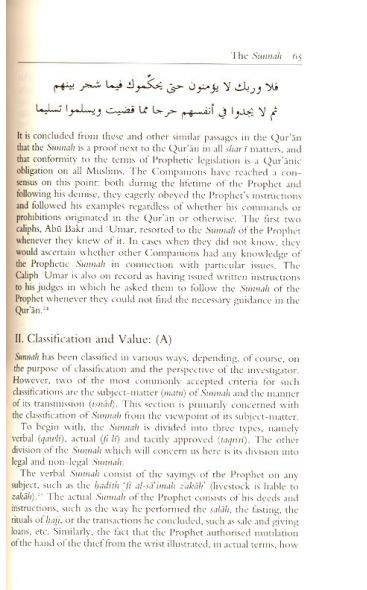 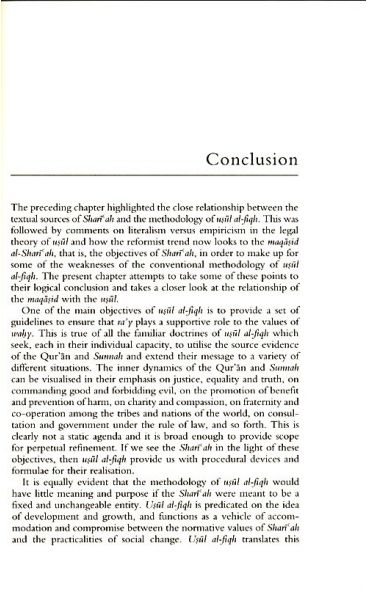 This third edition of the best-selling title Principles of Islamic Jurisprudence has been completely revised and substantially enlarged.  In this work, Prof Kamali offers us the first detailed presentation available in English of the theory of Muslim law ( al-fiqh).

Imam Shafi'i: Scholar and Saint (Makers of the...

This third edition of the best-selling title Principles of Islamic Jurisprudence has been completely revised and substantially enlarged. In this work, Prof Kamali offers us the first detailed presentation available in English of the theory of Muslim law ( al-fiqh). Often regarded as the most sophisticated of the traditional Islamic disciplines, Islamic Jurisprudence is concerned with the way in which the rituals and laws of religion are derived from the Qur’an and the Sunnah—the precedent of the Prophet. Written as a university textbook, Principles of Islamic Jurisprudence is distinguished by its clarity and readability; it is an essential reference work not only for students of Islamic but also for anyone with an interest in Muslim society or in issues of comparative Jurisprudence.

‘The best thing of its kind I have ever seen. Exactly the kind of thing I have wanted for years to put into the hands of students.’

'This book is a valuable addition to existing Islamic jurisprudential literature in English ... remarkably successful.’

Mohammad Hashim Kamali served as Professor of Islamic law and jurisprudence at the International Islamic University Malaysia, and also as Dean of the International Institute of Islamic Thought & Civilisation (ISTAC) from 1985-2007. He is currently the CEO of the International Institute of Advanced Islamic Studies (IAIS) Malaysia under the newly appointed Chairman of the Institute, Former Prime Minister of Malaysia, Tun Abdullah Haji Ahmad Badawi. He studied law at Kabul University and then served as Assistant Professor, and subsequently as Public Prosecutor with the Ministry of Justice, Afghanistan, 1965-1968. He completed his LL.M. in comparative law and a in Islamic and Middle Eastern law at the University of London, 1969–1976.

I. Definition and Scope
Usul al-fiqh is concerned with the sources of Islamic law, their order of priority, and the methods by which legal rules may be deduced from the source materials of the Shari’ah. It is also concerned with regulating the exercise of ijtihad. The sources of the Shari’ah are of two kinds: revealed and non-revealed. Whereas the former provide the basic evidence and indications from which detailed rules may be derived, the latter provides the methodology and procedural guidelines to ensure correct of the source evidence. Usul al-fiqh, or the roots of Islamic law, thus expound the indications and methodology by which the rules of fiqh are deduced from their source evidence. The rules of fiqh are thereby derived from the Qur’an and Sunnah in conformity with a body of principles and methods which are collectively known as  al-fiqh.

To deduce the rules of fiqh from the indications that are provided in the sources is the expressed purpose of  al-fiqh. Fiqh as such is the end product of  al-fiqh, and yet the two are separate disciplines. The main difference between fiqh and  al-fiqh is that the former is concerned with the knowledge of the detailed rules of Islamic law in its various branches, and the latter with the methods that are applied in the deduction of such rules from their sources. Fiqh, in other words, is the law itself, whereas  al-fiqh is the methodology of the law. The relationship between the two disciplines resembles that of the rules of grammar to the language. Usul al-fiqh in this sense provides standard criteria for the correct deduction of the rules of fiqh from the sources of Shari’ah. An adequate knowledge of fiqh necessitates close familiarity with its sources. This is borne out in the definition of fiqh, which is ‘knowledge of the practical rules of Shari’ah acquired from the detailed evidence in the sources’. The knowledge of the rules of fiqh, in other words, must be acquired directly from the sources, a requirement which implies that the faqih must be in contact with the sources of fiqh. Consequently, a person who learns fiqh in isolation from its sources is not a faqih. The faqih must know not only the rule that misappropriating the property of others is forbidden but also the detailed evidence for it in the source, that is, the  ayah (2:188) which states: ‘Devour not each other’s property in defiance of the law.’ This is the detailed evidence, as opposed to saying merely that ‘theft is forbidden in the Qur’an’. Fiqh is acquired knowledge which is obtained by study and self-application and is therefore different from inherent knowledge, for example, that of God, who is All-Knowing; it is also different from the knowledge of the Prophet, and that of the angel Gabriel, as theirs was given or transmitted to them essentially through revelation.

The word asl has several meanings, including proof, root, origin, and source, such as in saying that the asl (proof) of this or that rule is ijma’; or in the expression  al-fiqh, which means the roots of fiqh or its underlying evidence. It is also used in the sense of the original rule or norm as in the legal maxim that ‘the  in all things is permissibility’, or when it is said -asl al-, the norm is the absence of liability. Asl also means the foundation on which something is constructed. When it is said, for example, that qiyas or analogy must have an asl, this may be the Qur’an or the Sunnah.  Asl also means that which is preferable (al-), such as in the saying that al-asl kalam al- (the literal meaning is preferable to the metaphorical one). And lastly, asl and  denote rules or principles on which a branch of knowledge may be founded, such as in  al-hadith, which is equivalent to  al-hadith, that is, the rules governing the science of hadith.

Knowledge of the rules of interpretation is essential to the proper understanding of a legal text. Unless the texts of the Qur’an or the Sunnah are correctly understood, no rules can be deduced from them, especially in cases where the text in question is not self-evident. Hence, the rules by which one is to distinguish a speculative text from a definitive one, the manifest.