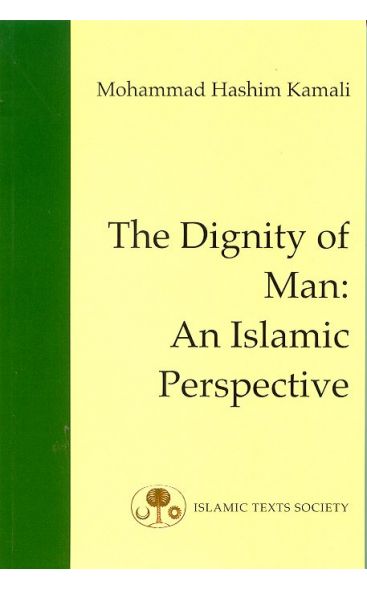 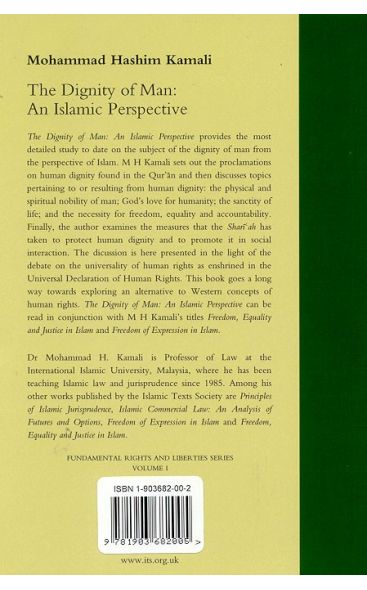 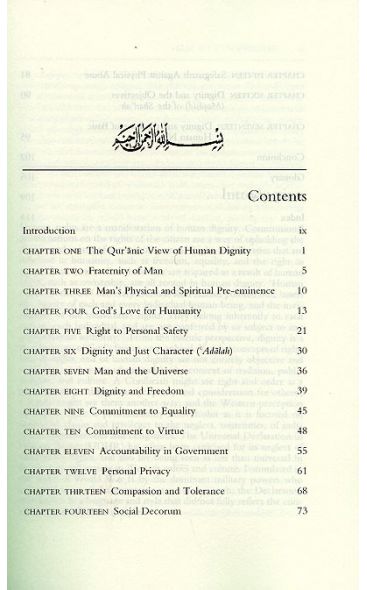 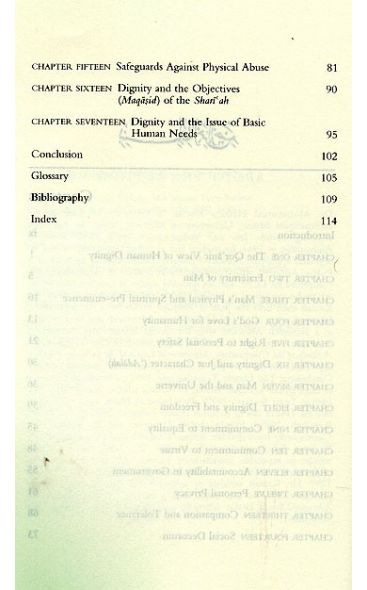 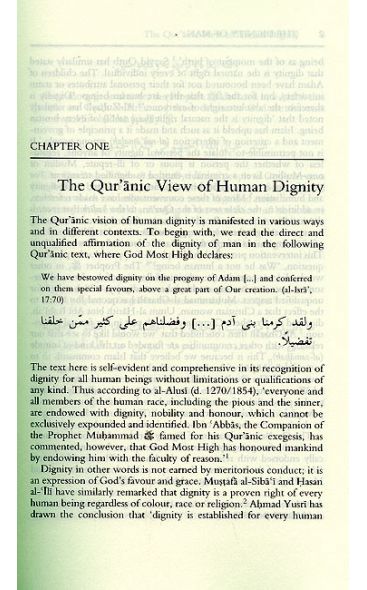 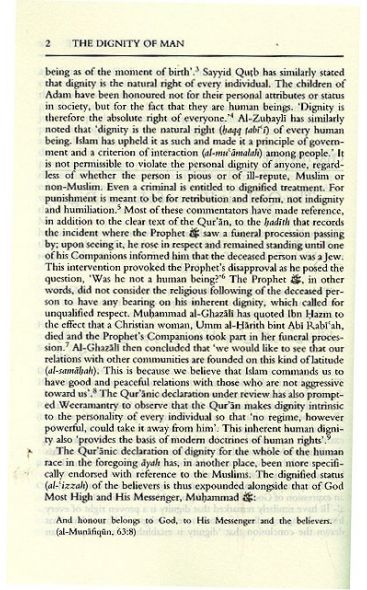 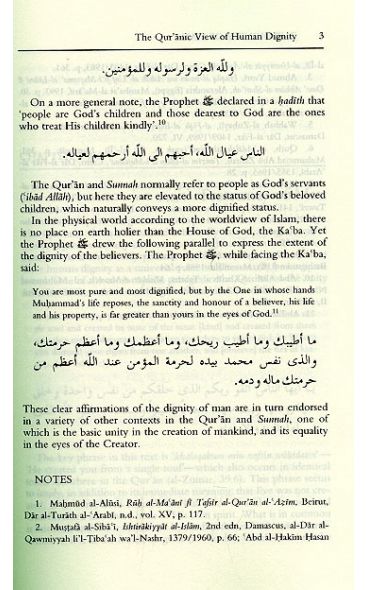 The Dignity of Man

An Islamic Perspective provides the most detailed study to date on the subject of the dignity of man from the perspective of Islam.

Economic Justice and Shari’a in the Islamic State

The Dignity of Man: An Islamic Perspective provides the most detailed study to date on the subject of the dignity of man from the perspective of Islam. M H Kamali sets out the proclamations on human dignity found in the Qur'an and then discusses topics pertaining to or resulting from human dignity: the physical and spiritual nobility of man; God's love for humanity; the sanctity of life; and the necessity for freedom, equality and accountability. Finally, the author examines the measures that the Shariah has taken to protect human dignity and to promote it in social interaction. The discussion is here presented in the light of the debate on the universality of human rights as enshrined in the Universal Declaration of Human Rights. This book goes a long way towards exploring an alternative to Western concepts of human rights. The Dignity of Man: An Islamic Perspective is part of a series of studies on fundamental rights and liberties in Islam and should be read with its companion volumes of Freedom, Equality and Justice in Islam, and Freedom of Expression in Islam. Dr Mohammad Hashim Kamali is Professor of Law at the International Islamic University Malaysia where he has been teaching Islamic law and jurisprudence since 1985. Among his other works published by The Islamic Texts Society are: Principles of Islamic Jurisprudence, Freedom of Expression in Islam, Islamic Commercial Law, and Freedom, Equality and Justice in Islam.

Chapter One:
The Qur'anic View of Human Dignity

The Qur'anic vision of human dignity is manifested in various ways and in different contexts. To begin with, we read the direct and unqualified affirmation of the dignity of man in the following Qur'anic text, where God Most High declares:

We have bestowed dignity on the progeny of Adam (laqad karramna bani Adama) ... and conferred on them special favours, above a great part of Our creation. (al-Isra', 17:70)

The text here is self-evident and comprehensive in its recognition of dignity for all human beings without limitations or qualifications of any kind. Thus according to al-Alusi, 'everyone and all members of the human race, including the pious and the sinner, are endowed with dignity, nobility and honour, which cannot be exclusively expounded and identified. Ibn 'Abbas has commented, however, that God Most High has honoured mankind by endowing him with the faculty of reason.'

Dignity in other words is not earned by meritorious conduct; it is an expression of God's favour and grace. Mustafa al-Siba'i and Hasan al-Ili have similarly remarked that dignity is a proven right of every human being regardless of colour, race or religion. Ahmad Yusri has drawn the conclusion that 'dignity is established for every human being as of the moment of birth'. Sayyid Qutb has similarly stated that dignity is the natural right of every individual. The children of Adam have been honoured not for their personal attributes or status in society, but for the fact that they are human beings. 'Dignity is therefore the absolute right of everyone.' Zuhayli has similarly noted that 'dignity is the natural right (haqq tabi'i) of every human being. Islam has upheld it as such and made it a principle of government and a criterion of interaction (al-mu'amalah) among people.' It is not permissible to violate the personal dignity of anyone, regardless of whether the person is pious or of ill-repute, Muslim or non-Muslim. Even a criminal is entitled to dignified treatment. For punishment is meant to be for retribution and reform, not indignity and humiliation. Most of these commentators have made reference, in addition to the clear text of the Qur'an, to the hadith that records the incident where the Prophet saw a funeral procession passing by; upon seeing it, he rose in respect and remained standing until one of his Companions informed him that the deceased person was a Jew. This intervention provoked the Prophet's disapproval as he posed the question, 'Was he not a human being?' The Prophet, in other words, did not consider the religious following of the deceased person to have any bearing on his inherent dignity, which called for unqualified respect. Muhammad al-Ghazali has quoted Ibn Hazm to the effect that a Christian woman, Umm al-Harith bint Abi Rabi'a, died and the Prophet's Companions took part in her funeral procession. Al-Ghazali then concluded that 'we would like to see that our relations with other communities are founded on this kind of latitude (al-samaha). This is because we believe that Islam commands us to have good and peaceful relations with those who are not aggressive toward us'. The Qur'anic declaration under review has also prompted Weeramantry to observe that the Qur'an makes dignity intrinsic to the personality of every individual so that 'no regime, however powerful, could take it away from him'. This inherent human dignity also 'provides the basis of modern doctrines of human rights'.

The Qur'anic declaration of dignity for the whole of the human race in the foregoing ayah has, in another place, been more specifically endorsed with reference to the Muslims. The dignified status (al-izza) of the believers is thus expounded alongside that of God Most High and His Messenger, Muhammad:

On a more general note, the Prophet declared in a hadith that 'people are God's children and those dearest to God are the ones who treat His children kindly'.

The Qur'an and Sunnah normally refer to people as God's servants ('ibad Allah), but here they are elevated to the status of God's beloved children, which naturally conveys a more dignified status.

In the physical world, according to the worldview of Islam, there is no place on earth holier than the House of God, the Ka'ba. Yet the Prophet drew the following parallel to express the extent of the dignity of the believers. The Prophet, while facing the Ka'ba, said:

You are most pure and most dignified, but by the One in whose hands Muhammad's life reposes, the sanctity and honour of a believer, his life and his property, is far greater than yours in the eyes of God.

These clear affirmations of the dignity of man are in turn endorsed in a variety of other contexts in the Qur'an and Sunnah, one of which is the basic unity in the creation of mankind, and its equality in the eyes of the Creator.