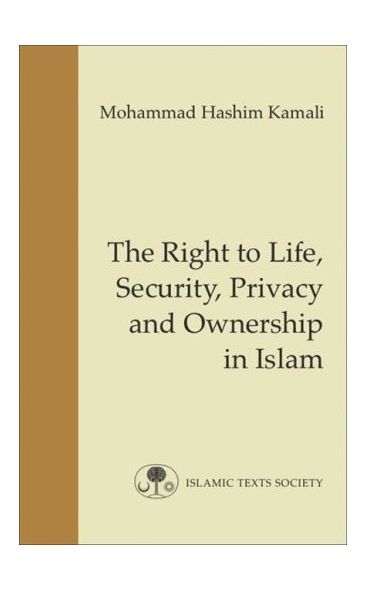 The Right to Life, Security, Privacy and Ownership in Islam

A person’s right to life, personal security, privacy, and ownership are the most basic of all the fundamental rights and liberties and are of concern to all legal systems and traditions.

A person’s right to life, personal security, privacy, and ownership are the most basic of all the fundamental rights and liberties and are of concern to all legal systems and traditions. To address them side by side with one another, as is attempted in the present volume, is reflective of their natural priority and significance. These rights are simultaneously the most vulnerable to aggression and abuse.

The right to life is the basic right from which all the others derive. The discussion of this fundamental right includes: the sanctity of life from the Islamic perspective, murder, unintentional killing, the death penalty and compensations for victims. This chapter also includes discussions of abortion, suicide, and euthanasia.

The third right is that of privacy and is mainly concerned with the privacy of one’s home, confidential correspondence, and immunity against invasion of privacy in the forms of interception of correspondence, eavesdropping and other such violations.
Finally, the discussion of the right of ownership includes the four aspects of ownership in Islam, legitimate and illegitimate means of acquisition of ownership, and the restrictions that the Sharia imposes on the exercise of this right including taxation, inheritance and bequests.