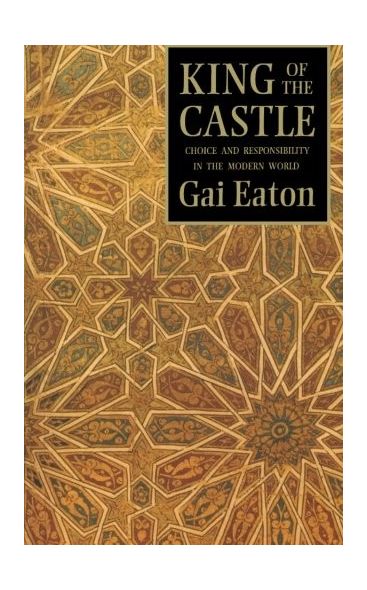 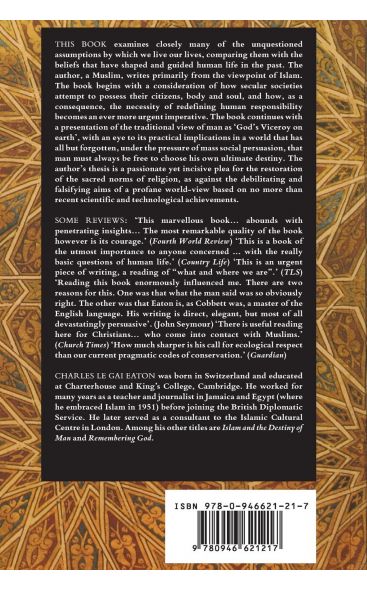 King of the Castle

This book examines closely many of the unquestioned assumptions by which we live our lives, comparing them with the beliefs that have shaped and guided human life in the past.

This book examines closely many of the unquestioned assumptions by which we live our lives, comparing them with the beliefs that have shaped and guided human life in the past. It begins with a consideration of how secular societies attempt to possess their citizens, body and soul and how, as a consequence, the necessity of redefining human responsibility becomes an ever more urgent imperative. The book continues with a presentation of the traditional view of man as ‘God’s Viceroy on Earth’, with an eye to its practical implications in a world that has all but forgotten, under the pressure of mass social persuasion, that man must always be free to choose his own ultimate destiny. The author’s thesis is a passionate yet incisive plea for the restoration of the sacred norms of religion, as against the debilitating and falsifying aims of a profane world-view based on no more than recent scientific and technological achievements.

‘This marvelous book...abounds with penetrating insights...The most remarkable quality of the book however is its courage.’ Fourth World Review

‘This is a book of the utmost importance to anyone concerned...with the really basic questions of human life.’ Country Life

‘This is an urgent piece of writing, a reading of what we are and where we are.’ TLS

If, by some strange device, a man of our century could step backwards in time and mix with the people of a distant age he would have good cause to doubt either their sanity or his own. Mountains, forests and the blue sky would look familiar enough, but they would not be seen by the people around him in the way he saw them. Their physical features might be the same, but their meaning would be different.

He would know what common sense is and what constitutes human normality. So would the people amongst whom he found himself, but their common sense would differ from his and their normality might seem to him abnormal. Questioning everything they took for granted and amazed that they should be so unquestioning in their assumptions, he would find that all he took for granted was brought into question. His ‘Why?’ would be met with their ‘Why?, and he would not know the answer.

From our present position we can see how limited were the beliefs and ideas of earlier times and other cultures, how many avenues were left unexplored and how many opportunities missed. It is easy to suppose that, in changing our perspective, we have escaped from the limitations inherent in human thinking and human vision. Yet our faculties and our senses are the same. We are not a new species, and to compare our own world view with any other is merely to compare different kinds of limitation, as though a man tunneling his way out of prison were to emerge within the perimeter, exchanging one cell for another.

So it must always be unless the prisoner learns that freedom lies in quite another direction, never through the tunnel of time.

Like those who came before us we have chosen—or had chosen on our behalf—certain particular objectives out of the multitude of possibilities open to man and, like them, we ignore everything that seems irrelevant to our purpose. This purpose is determined by the assumptions we take for granted, the axioms which seem to us to demand no proof, the moral imperatives which appear self-evident and therefore unarguable. We are rational creatures, certainly, but reason does not operate in a vacuum or spin the premises of argument out of its own substance. It must start from somewhere. Certain propositions must be accepted as self-evident before our minds will function, and one can reason as well on the basis of a false proposition as upon that of a true one.

A man in a dark place mistakes a coil of rope for a snake. From then on his logic may be impeccable, his behavior entirely reasonable; but he is still wrong. It is the basic assumptions which determine all the rest.

My intention in this book is to take a long, hard look at some of the basic assumptions of our age, to question the unquestionable and to cast doubt upon propositions which appear self-evident. This cannot be done without, at the same time, suggesting the outlines of quite a different perspective.

No one can extricate himself completely from the conditioning of his own period and environment. Consciously or unconsciously, we are all of us to some extent held captive by the clinging vines of our particular jungle and at home in these bonds. They are, indeed, like extensions of our selves and correspond to deeply rooted habits of thought and of feeling. It is not easy to break free, but, precisely because we are human, it is not impossible. Between earth and sky, among all living creatures and all the earth’s ornaments, man alone is capable of some degree of detachment from his temporal matrix.

But to break free is not to float away into the void. No one could live and think in a moral and intellectual no-man’s-land. To be able to look critically and objectively at the ground upon which the people of our time have taken their stand, one must have firm ground beneath one’s own feet. To diagnose the ills of the time one must possess standards of health.

The point of view from which this book is written is, in the first place, Islamic. This does not mean that Muslims in general would necessarily endorse the views expressed or that I propose to put forward a specifically Islamic critique of Western, post-Christian civilisation. What it does mean is that this view is rooted in the Muslim faith and in a soil quite different to that which supports either the modernistic Christian or the modern atheist.

Secondly, this perspective is founded upon a belief in the essential unity of the great religions as deriving from a single source of Revelation, and in a perennial wisdom expressed not only through the religions but also in the myths and symbols of ancient peoples (and of what are commonly called ‘primitive’ human groups up to the present day), a wisdom which may be said to inhere in the deepest level of our being so that we need only to be reminded of it in order to rediscover the truth within ourselves. This belief is in fact an extension of the Islamic perspective, for Islam is by definition the final Revelation in this human cycle and the final crystallization of that wisdom.

Lastly and, one might say, as a logical consequence, my concern is with human ‘normality’ as it has been understood through the ages and in a vast diversity of cultures: the nature and the status of man as man, the two-legged creature standing upright in his blue and green world, face-to-face with his God. Only in terms of an immutable norm can one even begin to consider what choice men have in their lives and what responsibility is theirs.

Charles le Gai Eaton (also known as Hasan le Gai Eaton or Hassan Abdul Hakeem; 1 January 1921 – 26 February 2010) was a British diplomat, writer and Sufist Islamic scholar. He was born in Switzerland and educated at Charterhouse at King’s College, Cambridge. He worked for many years as a teacher and journalist in Jamaica and Egypt (where he embraced Islam in 1951) before joining the British Diplomatic Service. He is now a consultant to the Islamic Cultural Centre in London.